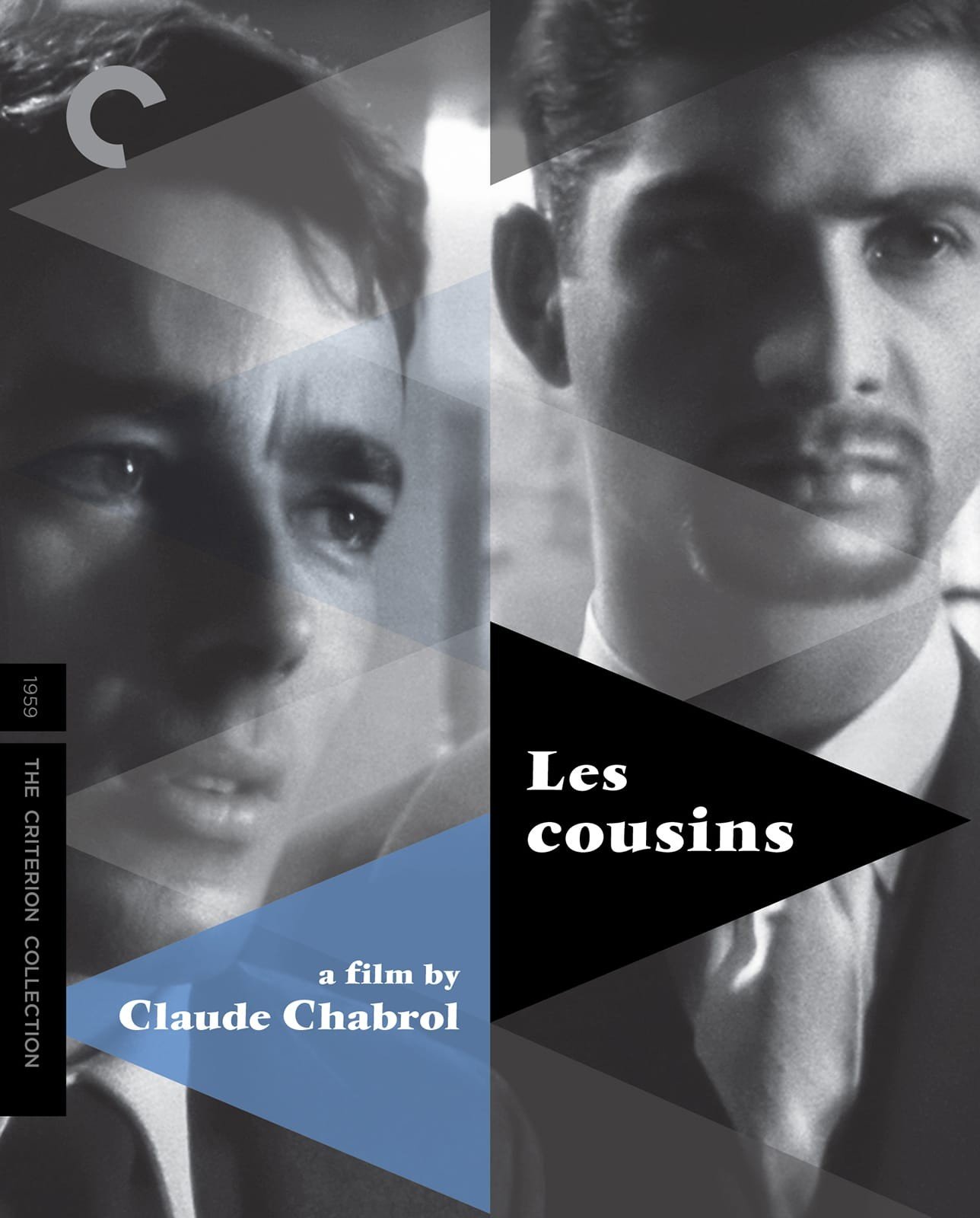 The story of Les Cousins could be straight out of one of the Balzac novels that the film’s lead character Charles peruses at a second-hand bookshop: Ambitious provincial comes to Paris and receives his moral education in the hotbed of corruption and/or decadence that characterizes life in the capital. In Claude Chabrol’s film, his second directorial effort following his 1958 debut, Le Beau Serge, the milieu in question is the debauched world of students, young women, and older hangers-on that the director delineates with superb specificity of detail and a virtuoso display of sickening verve. Only occasionally setting his film outside law-degree candidate Paul’s mod bachelor bad, Chabrol renders that locale a vivid outward expression of the demimonde in question, an alternatively sleek and bric-a-brac-cluttered space against which the tragic story of the flat’s owner and his country cousin Charles plays out.

Actually, Les Cousins only slowly escalates into tragedy; for most of its running time, it plays as a sort of nasty bourgeois grotesque in which Chabrol presents for our delectation the cruel annihilation of male romantic illusions, the bad behavior of both those men who’ve long given up on such phantasms and the women who either willingly or under coercion jump from man to man, and the gun-toting, partner-swapping, booze-filled blowouts in which they all come together. Together with a minor character whose love for a faithless woman causes him to jump out a window, the film’s chief romantic is the lead provincial, introduced earning the ire of a local cab driver after asking too many stupid questions. Along the way, the perennially vexed Charles—expertly embodied by Gérard Blain, his face a twisting mass of moral indignation, confusion, and romantic desire—is cruelly handled by both cousin Paul and the film itself.

Charles’s delusions about love and life are everywhere ridiculed, even as the consequences of these soon-to-be lost illusions are shown to have tragic consequences. His cousin Paul, rendered by Jean-Claude Brialy as an overly theatrical, egotistical cad who plays Wagner’s “Ride of the Valkyries” at his parties because it’s the only piece of music that can match his outsized sense of self, treats Charles with a condescending camaraderie while playing cruel tricks on his other so-called friends. (In one scene, he wakes up a Jewish partygoer by shining a flashlight in his face and yelling “Gestapo,” putting a genuine scare into that unfortunate guest.) Paul’s cruelest trick, though, is to steal the object of Charles’s romantic affection, a trying-to-be-good 20-year-old named Florence (Juliette Mayniel). In wooing her, Paul deliberately makes her miss an appointment with Charles, then lectures her on the dull domesticity she could expect were she to take up with his serious-minded cousin. In a film full of startlingly effective camera movements, Chabrol breaks out one of his most purposeful, tracking around with Paul’s movements while keeping his camera fixed on his face, the combination of motion and stasis echoing the woman’s precarious position, the detailed attention to visage proving that faces can be liars.

As cruelly treated as Charles is by his cousin, he’s also subjected to serio-comic derision by Chabrol, particularly in a pair of scenes in which, dedicating himself to his law studies as a distraction from romantic failure, objects of humiliation and desire are continually paraded in front of him. His study closed-in by translucent walls giving on to both the bathroom and the living room, he’s forced to watch the outlines of Paul and Florence showering together and, later, the night before his exam, the dancing figures of raucous partygoers while he attempts to cram the contents of an especially dim-looking volume of the legal code. But in Chabrol, illusions must be punished, and, even before a final act of violence, Charles’s life remains in ruins, the young man having failed in all aspects of big-city life. A harshly comic, virtuoso piece on innocence tested and Parisian nastiness, Les Cousins becomes tragic when the cost of both youthful romanticism and youthful cruelty is rendered sickeningly apparent. Between the two, there’s little to choose, and in Chabrol’s sublimely pessimistic vision, the conflicting attitudes that the film renders so vividly can only be resolved in death.

The digital transfer renders the film in fairly crisp black and whites, though not without a slight fuzziness to the image. In addition, some may bemoan Criterion’s continued practice of windowboxing the image. The soundtrack, also digitally remastered, plays clear and clean.

A somewhat modest selection of bonuses, the most significant of which is surely critic Adrian Martin’s audio commentary, useful both in providing context for the film and in its in-depth analysis. Otherwise, there’s a trailer plus a booklet with an original essay by Terrence Rafferty and an excerpt from Jean-Claude Brialy’s memoir in which he talks about co-star Gérard Blain.