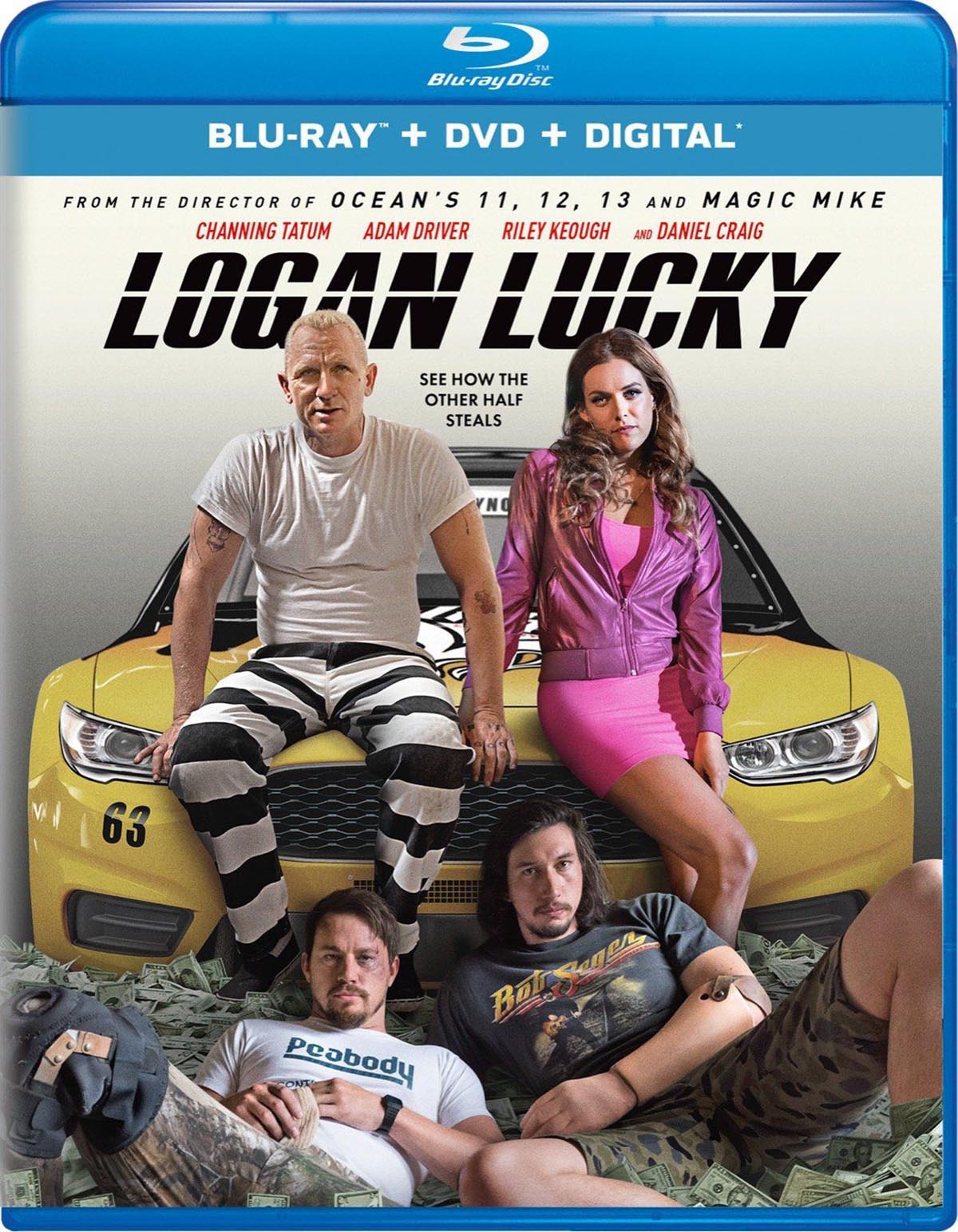 In the laconic patois of director Steven Soderbergh’s Boone County, West Virginia, the surname Logan is synonymous with failure. Jimmy (Channing Tatum) is the high school quarterback whose dreams crumbled along with his bum knee, and his brother, Clyde (Adam Driver), served in Iraq to escape Jimmy’s shadow but returned home without half an arm. Jimmy disdains the “folk tales and backwoods gossip” of his home, but what he doesn’t quite get is that the historic blunders of the Logans are stories that people spread in order to make themselves feel better about their own lives. Everyone in Logan Lucky is impacted by the region’s economic woes and environmental degradation: the drinking water makes people sick; there aren’t enough police to enforce the speed limit; and ex-miners have to drive across state lines just to find work repairing sinkholes underneath a racetrack.

Soderbergh and screenwriter Rebecca Blunt turn such misfortunes into the spinning gears of a comic caper that finds Jimmy hatching a plan to snatch the cash from a vault buried deep in the Charlotte Motor Speedway. The scheme is as elaborate as it is preposterous, relying on the predicted behavior of hicks, prison wardens, car dealers, and church ladies, not to mention the cooperation of a highway of pneumatic tubes, a few jars of cockroaches, and the chemical composition of gummy bears. But the implausibility of the plan, along with any doubts about whether Jimmy can pull it off, are built into the equation: Logan Lucky is a Robin Hood fantasy and a uniquely Soderberghian lark, an ensemble comedy that’s simultaneously effervescent and cerebral. The film is dense with abstruse in-jokes but not above giving one of its hillbilly heist men—Joe Bang (Daniel Craig), a bleach-blond thief with high blood pressure and a knack for cracking bank vaults—a misspelled tattoo.

Both literally and figuratively, Logan Lucky is the brightest film that Soderbergh has made since Erin Brockovich. The director shoots his exteriors with an unfussy vibrancy, lingering in particular on the wild colors and sartorial tastes of Mellie (Riley Keough), Jimmy’s hairdresser sister and a human Waze with a savant-like awareness of traffic patterns, and Bobbie Jo (Katie Holmes), Jimmy’s ex-wife and the mother to his aspiring-beauty-queen daughter Sadie (Farrah Mackenzie). (The men, comparably monochrome and sooty, are distinguished by their tattoos; in a terrific running gag, Soderbergh places his camera judiciously in order to keep revealing new ones throughout the film.) A few interiors, including, oddly, a high school gym, exude Ocean’s Eleven’s trademark tungsten glow, and Logan Lucky broadly unfolds in that film’s unflappable spirit. This time out, a selection of John Denver and Creedence Clearwater Revival tracks sub in for Sinatra to complement another slick, sparsely deployed funk score by Cliff Martinez.

Logan Lucky’s large ensemble cast brings a layer of amiable backwoods vamping to the tone of gentle self-effacement; Keough and Driver speak at opposite speeds with adept comic timing, and Tatum again makes an ideal muse for a filmmaker obsessed and fascinated by work. Jimmy is essentially Magic Mike with an accent and a beer belly, a clumsy flirt with persistent financial problems but a propensity for project management. Tatum’s eternally low-key charisma smooths over a few of the film’s more irksome touches, most of which have to do with Craig’s belabored shtick as the hayseed criminal mastermind Joe Bang. It’s a bit of stunt casting full of tedious enunciation and misguided bravado that throws the film’s well-managed blend of regional homage and gentle caricature a bit out of whack.

If Logan Lucky feels a little sterile and airless when the Logans step out of the picture, it’s mostly because of the cardboard caricatures and rather indistinct, easy humor left in their wake, namely an extended Game of Thrones joke. They sap the film of some of its idiosyncrasy just when it should be kicking into cruise control, but Soderbergh is a supremely self-aware craftsman, and the film’s robbery and subsequent twists are a blissful chain of magic tricks contingent upon clever edits, camera angles, and diversion tactics. The whole operation doubles as a lesson in (and commentary of) contemporary storytelling, complete with a suspicious F.B.I. investigator (Hilary Swank) so devoted to poking holes in the plot that she takes up residence in Boone County, hoping one of these amateurs will eventually slip and show their cards. If she’s the fierce and eager critic, Soderbergh is keen to place her in a final shot reminiscent of Rushmore, bursting with little instances of victory and community that beckon her to relax and take a vacation.

The image is crisp, with sharp colors and plenty of subtle detail. Greens are lush, and the whites are pristine, while earthy hues are warm and attractive. Flesh tones are so varied that one can discern how clothing accentuates the color of skin, such as the prison jump suit that nearly renders Daniel Craig’s character albino in appearance. The 5.1 soundtrack offers an immersive tapestry of sound, which is especially evident during Logan Lucky’s racing sequences, though minute noises are also exactingly mixed and are pivotal to maintaining the film’s absurdist tone. This is a small-scale film that’s more gorgeous than many expensive blockbusters, and Universal Studios Home Entertainment has given it the red-carpet treatment.

Just two skippable deleted scenes, which are short and have obviously been cut so as to pep up the film’s pacing.

Steven Soderbergh’s bracingly playful return to cinema is accorded a stunning transfer and little else, though the film itself is more than enough.