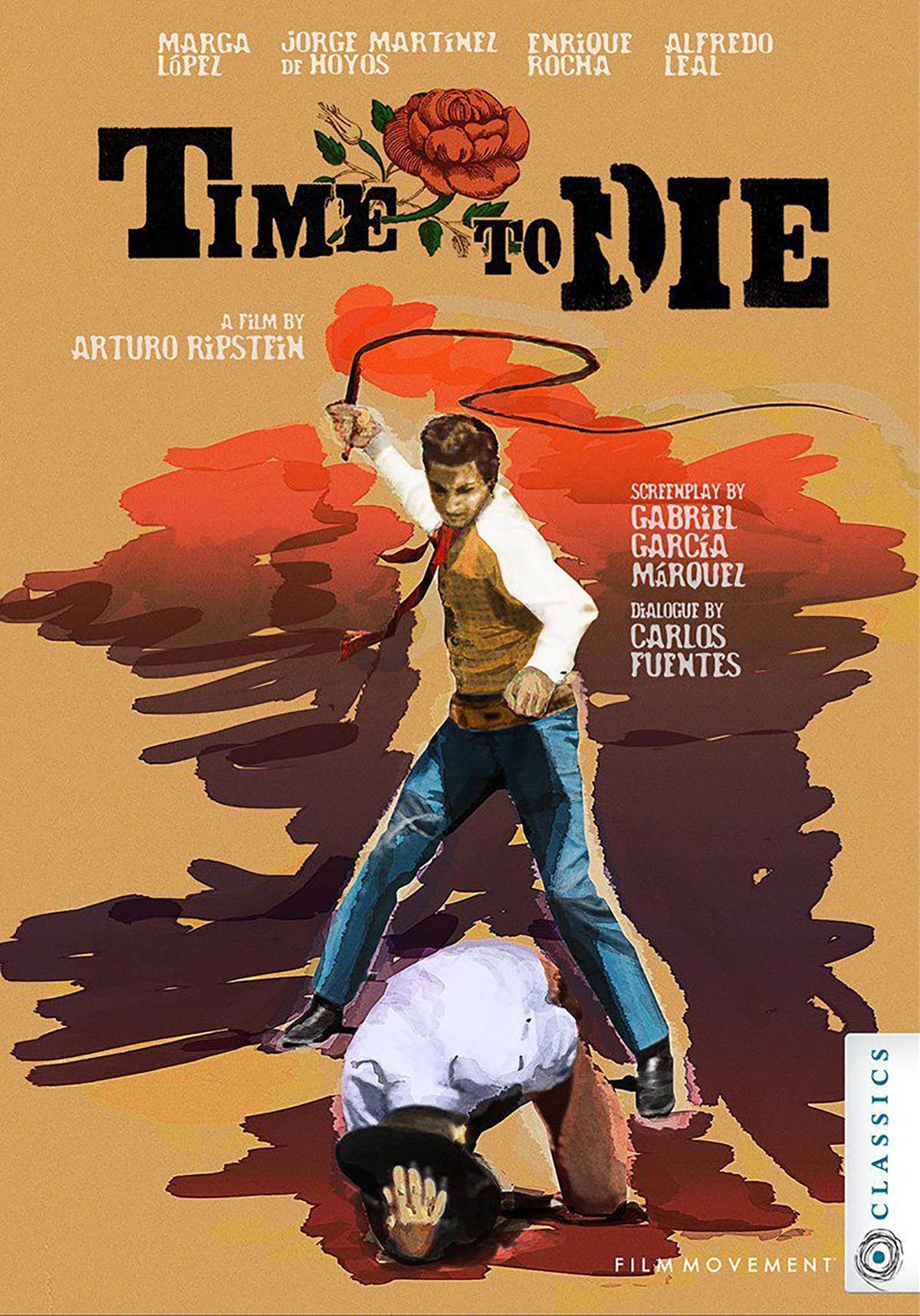 Arturo Ripstein’s Time to Die commences with an explicit reference to John Ford’s The Searchers. As Juan Sagayo (Jorge Martínez de Hoyos) exits a prison after serving an 18-year sentence for murder, the camera shoots him from behind as he moves forward onto the open land. The shot echoes the final scene of Ford’s film, where John Wayne’s racist, defeated war veteran slumbers away from his family’s ranch and toward the horizon. However, Ripstein’s allusion comes to distinguish his vision of the western genre from Ford’s, as Juan’s subsequent arrival in a small Mexican town brings forth the vengefully minded sons of the man he killed; they see Juan’s death as the only possible, justifiable resolution to a childhood spent mourning, and stewing in, their father’s absence. The film understands that conflict often stems from deluded perceptions of the past; Juan’s violent entanglements by the film’s conclusion seem predetermined in ways that his attempts at reason cannot overcome.

The screenplay by Carlos Fuentes and Gabriel García Márquez turns Juan’s aims to exonerate his previous act of violence, which was seemingly in self-defense, into a series of fruitless gestures, as Julian (Alfredo Leal), the eldest son of Juan’s victim, refuses to even consider the possibility that the image he’s built in his mind of Juan as a cold, ruthless killer is perhaps entirely false. Ripstein stages Juan’s initial encounters with peripheral members of the town in steady, symmetrical shots, suggesting a false sense of security that Julian’s presence will soon disrupt. Luis Buñuel took a similar approach to scene construction in 1953’s El Bruto, playing a climactic murder with the same tone as any other dialogue exchange in the film. The effect becomes disorienting in Time to Die, as Juan’s refusal to engage Julian’s challenge to a duel provides no solace from the eldest son’s persistent thirst for bloodshed.

The script juggles a wide range of character motivations, including that of Julian’s younger brother, Pedro (Enrique Rocha), who comes to know Juan before realizing that he’s the man who killed his father. Pedro’s voice of reason counters Julian’s irrational fury; he recognizes Juan’s sincerity, believing his claims that he acted out of self-preservation rather than malice. Still, it’s Julian’s temper that supersedes Pedro’s preference for conversation, which aligns with the subsequent themes of Ripstein’s work, namely 1978’s Hell Without Limits, where violence proves to be the only refuge of angry, homophobic men. Ripstein sees in Pedro’s more levelheaded sensibilities a possible out from such a legacy of vengeance, yet it seems that the lacking structures of justice and psychotherapy cannot be successfully countered by the peaceful will of a community held under the thumb of Julian’s wrath.

Thus, Time to Die is a revisionist western that anticipates the genre’s turn toward a reckoning with the ghastly, resounding effects of historical violence. One can easily see in Juan’s dilemma a comparable form of futile argumentation faced by Gary Cooper’s town marshal in 1952’s High Noon, yet Ripstein offers no form of protection for Juan, who finds himself with his hand grasping a pistol on his hip by the film’s end, faced with killing off the second generation of a family against his will. In the closing shots, especially, theatrical compositions and distorted image perspective demonstrate Ripstein’s interest in shifting tonal registers to reflect the horror in recognizing how reason and empathy as strategies of communication are often insufficient weapons to counter the will to power of violent men.

This new 2K digital restoration by Film Movement brings Time to Die to life in ways no other Arturo Ripstein film has been on North American home video. Ripstein remains a filmmaker whose oeuvre is only available on home video in unsatisfactory transfers or, as is more common, not at all, meaning this release is a crucial move forward for introducing significant works of Mexican cinema to wider audiences. The black-and-white images are virtually without flaw as presented on this Blu-ray; the often brightly lit shots contain a significant level of detail, with all planes of the image sharply defined. The stereo track is satisfactory, if a notch below the superb work on the image transfer. While there aren’t considerable levels of distortion or fluctuating levels, the overall sound quality could benefit from a DTS-HD remaster that other transfers of 1960s cinema have gotten in recent years.

Film Movement offers two worthy supplements on this landmark release. The first is a short but helpful introduction from director Alex Cox, who worked with Ripstein in the ’90s when Cox began making movies in Mexico. Cox talks about portions of Ripstein’s biography, such as his work as an assistant director on Buñuel’s The Exterminating Angel. Cox also explains his general admiration for Ripstein’s body of work and highlights a few of Ripstein’s most noteworthy stylistic traits. Perhaps the most notable tidbit in Cox’s talk is the fact that Ripstein has dismissed Time to Die in recent years as a film he took on assignment, and that he no longer holds it in high regard. But a commentary track between Ripstein and actor Enrique Rocha offers little evidence of Ripstein’s purported dissatisfaction with the film. Ripstein and Rocha are quite illuminating in their discussion of the production’s origins and process, which in turn sheds light on various aspects of Mexico’s film industry during the 1960s. Rounding out the solid slate of extras is a booklet featuring an essay by Carlos A. Gutiérrez, co-founder of Cinema Tropical.

Review: The Queen of Spain