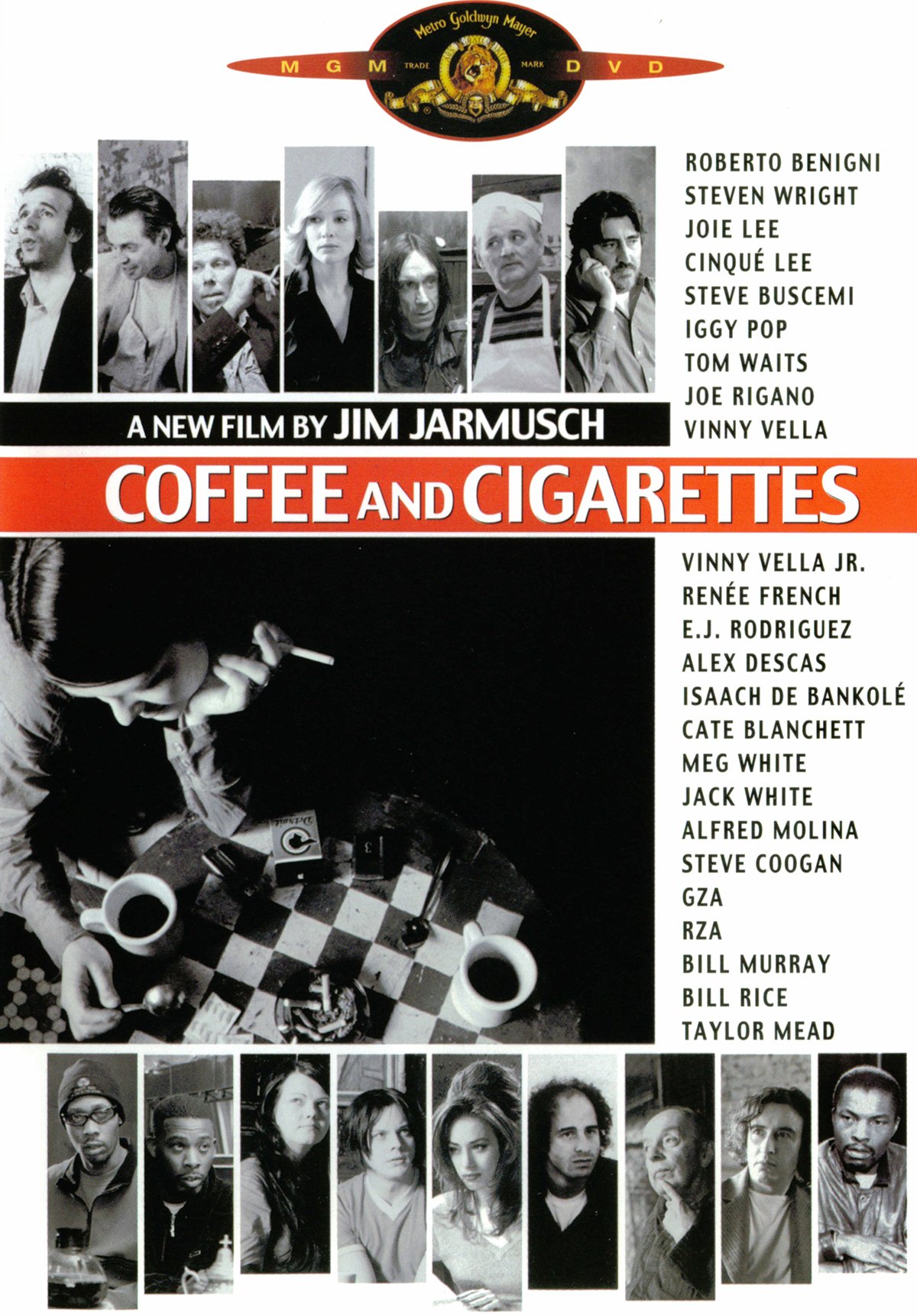 In recent interviews, Jim Jarmusch has confessed that doing relatively big budget movies like Ghost Dog: The Way of the Samurai was taking a lot out of him. He wanted to move back to a smaller, more intimate mode of filmmaking, which would allow him to feel spontaneous and unencumbered by a large crew and big budget scheduling nightmares. The result is Coffee and Cigarettes, a Jarmusch yak-fest composed of short film vignettes where one or two characters meet in coffee shops or dilapidated, Samuel Beckett-inspired ruined hotels and warehouses. They talk, sometimes have a misunderstanding, and at some point mention that there’s nothing better than the simple pleasures of a cup of joe and a lit coffin nail. It’s good to see Jarmusch returning to the independent roots of Down By Law and Stranger Than Paradise, working with his favorite cinematographers, actors, and musicians. Unfortunately, once one gets into the cyclical rhythm of his repeated dialogue, shots (usually two-shots, close-ups, and an occasional overhead), and themes, Coffee and Cigarettes grows redundant and dull. Not all of the sketches work, mostly within the padded-out midsection, but there are highlights: a confrontation between a goofy Iggy Pop and a growly Tom Waits inside a jukebox bar; Wu-Tang Clan’s RZA and GZA discussing herbal remedies with a caffeine-delirious Bill Murray; Steve Coogan making a pompous ass out of himself to good-willed Alfred Molina; and especially Cate Blanchett playing twins, sending up her own glamorous movie star image while simultaneously proving her multitalented range as an actress. It all ends with two old blue-collar guys on a coffee break, with an ode to the workingman (to the tune of Mahler). Alas, Coffee and Cigarettes is more fun to reminisce about afterward than it is to endure.

Compared to Miramax’s Dead Man DVD from a few years back, MGM Home Entertainment’s Coffee and Cigarettes disc is somewhat of a disappointment. Though grainy, the print is free of dirt and artifacts, but the real problem seems to be the startling contrast between black and white in the film, which the DVD doesn’t negotiate well. Whites are gorgeous, for sure, and Cate Blanchett’s sequence is near reference quality, but the “lower-class” sequences that go heavier on the black tend to be dreary in all the wrong ways. It’s during these sequences where it’s almost difficult to distinguish between the different shades of black on screen. The Dolby Digital surround track is perfectly serviceable for a film that’s mostly dialogue-driven, but it’s somewhat of a disappointment that the coffee cups don’t make much of an impression when the actors clank them.

Nothing special here: a theatrical trailer, a music video montage of the film’s tabletops, a strange but funny Bill Murray outtake, a soundtrack plug, and an entertaining interview with the bitchy Taylor Mead. Also included here are previews for Saved!, Walking Tall, Intermission, Bubba-Ho-Tep, and Touching the Void.

Manhattanites will especially enjoy Jarmusch’s latest, which takes us back to the days when you used to be able to smoke indoors.