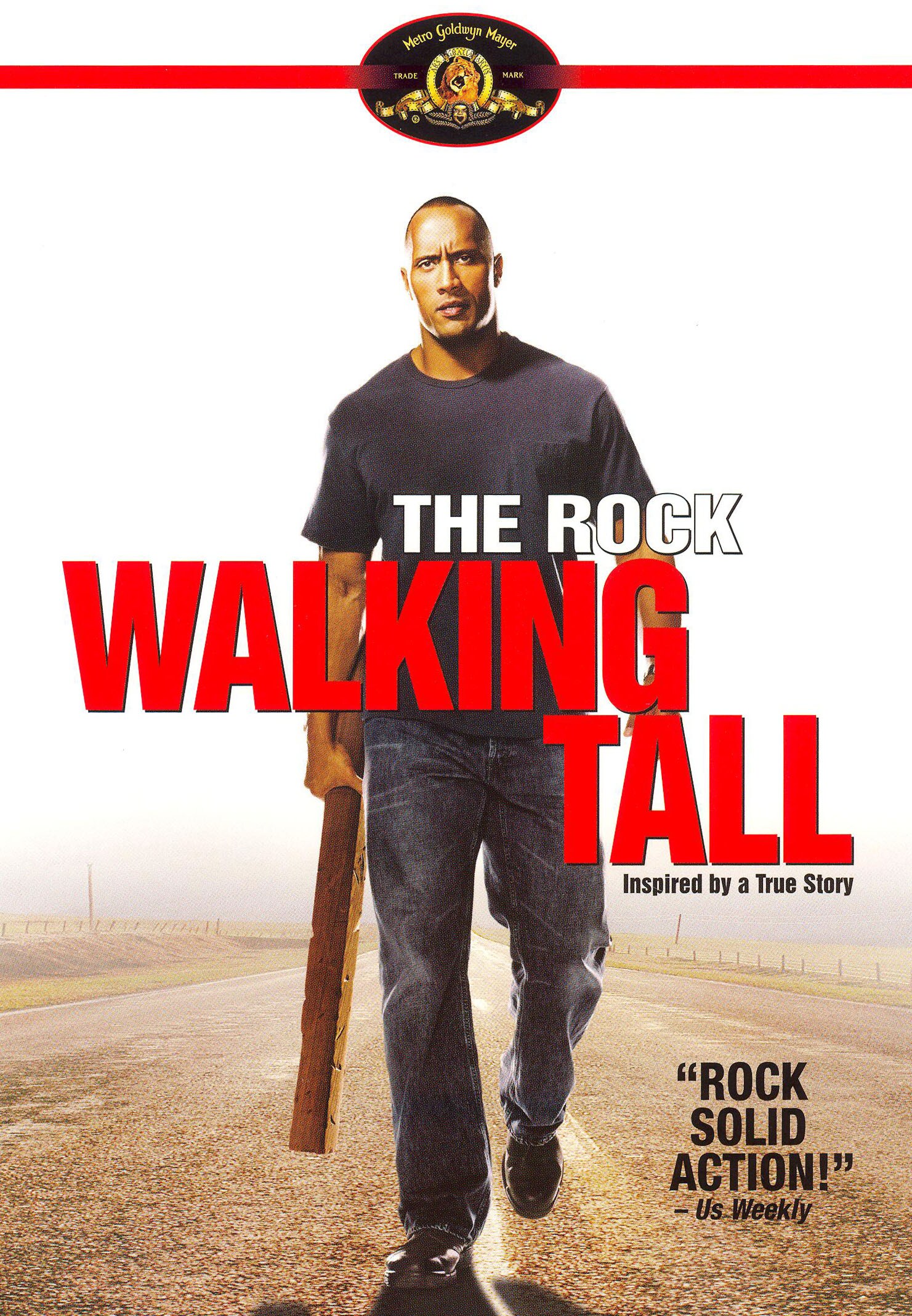 Hard to believe, but the Rock has been cooking a WWE-style remake of the 1973 Joe Don Baker redneck exploitation flick Walking Tall. The former wrestling star trades in his skimpy tights for a pair of jeans and a leather jacket as Chris Vaughn, an ex-soldier who returns to his rural Washington hometown to find that the place has been defiled by a casino peddling drugs, violence, sex, and any other vice a corrupted heart might crave.

After being beaten to within an inch of his life by casino thugs—and then discovering that his nephew has nearly overdosed on crystal meth purchased from the gambling house—Vaughn sets about laying the smackdown on the establishment’s slimy owner (a squinty Neal McDonough). Like its cinematic predecessor, director Kevin Bray’s film purports to be based on the real-life tale of Tennessee lawman Buford Pusser, but his story (patched together by four screenwriters) is predominantly cut from a run-of-the-mill righteous revenge fantasy cloth.

Bray dispatches with most of the campy elements that made Baker’s star-making vehicle such a hoot—from those point-blank assassination attempts to the trailer-trash sex workers—and thus we’re simply left with the Rock’s routine body slams and clotheslines. Vaughn eventually decides that if the law won’t help him, he’ll become the law, and sets about righting wrongs as the town’s new sheriff with his trusty two-by-four and a comedic-relief sidekick, Ray (Johnny Knoxville). Vaughn’s interracial heritage makes him the fulfilled promise of the original film’s endorsement of racial tolerance, but despite its supposedly noble attack on drugs, gambling and pornography, Walking Tall doesn’t uniformly practice what it preaches.

Between the Rock’s head-butting antics and the camera’s eroticized gawking at Vaughn’s stripper girlfriend, Deni (Ashley Scott), it’s difficult not to catch a whiff of musty Hollywood hypocrisy. Although the Rock continues to exude superstar likeability in yet another underwritten role, the sight of him (a muscle-bound he-man) and Scott (a platinum-blond model) pretending they’re at home in small-town America strains even this ridiculous film’s credibility. He may be a buff whirlwind of vengeance, but the miscast Rock never comes close to matching Joe Don Baker’s sweaty, ungainly, force-of-nature hick heroism.

The Rock attracts edge enhancement, but he has good skin and wears faded fatigues well. Also, when he beats the shit out of people and slot machines with his trusty stick, the sound is not unlike a sonic boom.

Starting things off are two commentary tracks: a spotty but pleasantly reverential one by the Rock and a second by director Kevin Bray, cinematographer Glen MacPherson, and editor Robert Ivison, all of whom seem to take their exploitation film entirely too seriously. The nine-minute “Fight the Good Fight” is a standard making-of documentary, except it focuses heavily on the film’s stunts. That’s followed by three deleted scenes, an alternate ending, a blooper reel, and a photo gallery. Rounding out the disc are trailers for Walking Tall, Soul Plane, Species 3, Bulletproof Monk, Dark Blue, Out of Time, Men of Action, and an “Everything or Nothing” TV spot.

The Rock beats the shit out of everything but says “no” to drugs, and as such his core fan base may have a problem adding the film to their permanent collection.