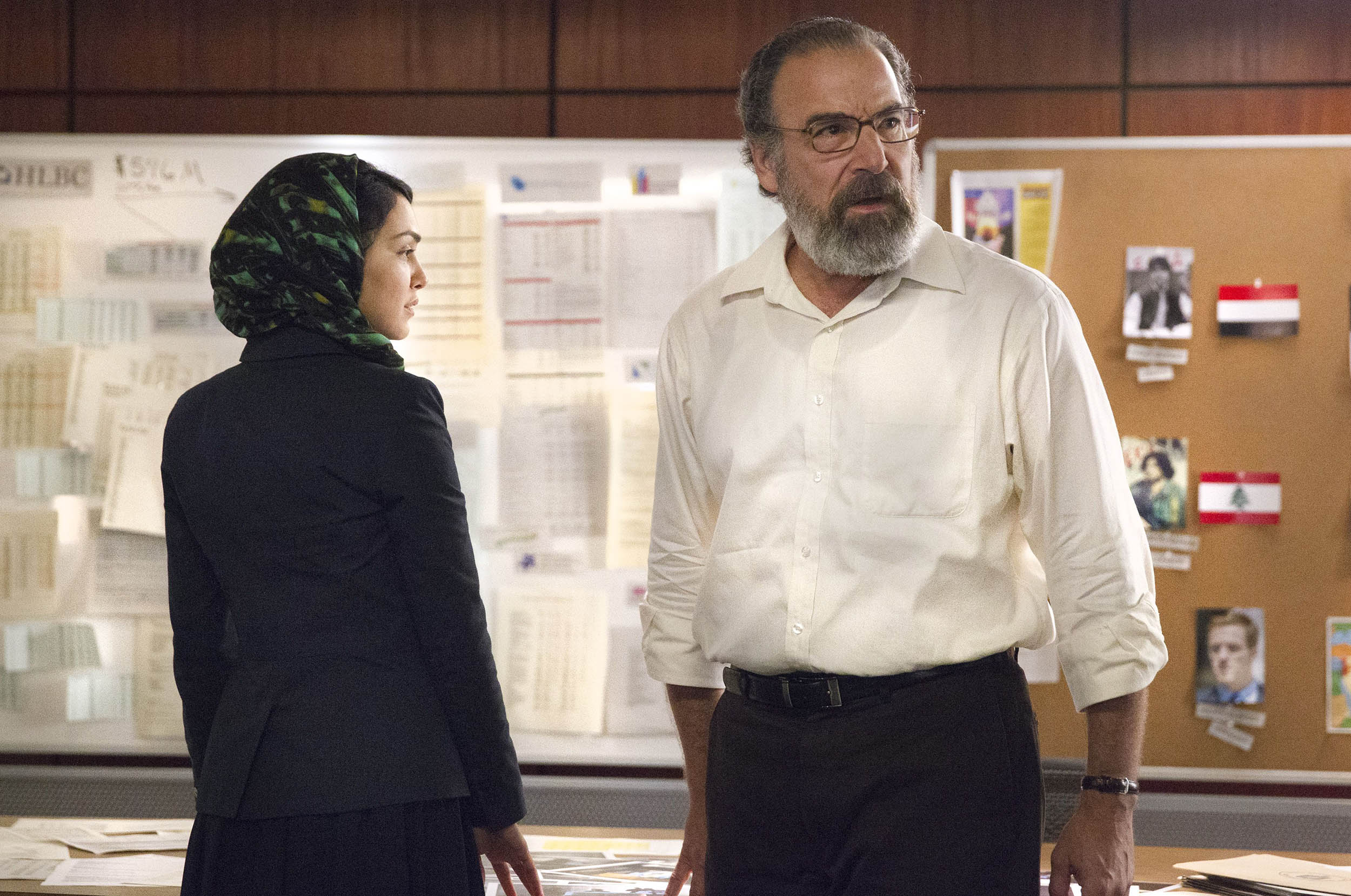 It isn’t easy to play the long game, especially with serialized television. Wait too long for your payoff and you risk losing viewers, especially when that also includes a drastic shift in tone, one that benches a major player and emphasizes quiet, often repetitious plotting to show how the remaining characters are stuck. That’s what makes “Game On” such a satisfying episode of Homeland, why the revelation that “It worked, Saul,” is so effective: Every sacrifice the series has made up to this point now feels redeemed.

The clues to this episode’s course reversal have, of course, been there all along, from the season opener, when Saul (Mandy Patinkin) spoke of flipping assets (rather than killing them) to now, when Saul explicitly emphasizes the need for patience to his new analyst, Fara (Nazanin Boniadi). This isn’t sympathy for the devil, but rather an avoidance of “negative value.” Killing the Iranian mastermind behind the 12/12 C.I.A. bombing gets them nothing; putting him in a room (as they once did to Damian Lewis’s Brody), however: “I want to rip him down to the studs. I want the name of every agent he’s ever run in the United States, and I want to know just how close the regime is to a nuclear weapon.”

If those are the ends, then sacrificing Carrie (Claire Danes) is a justifiable means. If Saul has to destroy her, to “controversialize” her as a distraction, then so be it, and so despite the appeals from four mental health professionals, the Sixth Circuit Court of Maryland chooses to keep her institutionalized on the vague (and unprecedented) grounds of national security. Then again, while Carrie may have been resigned to face rehabilitation (however long that took), the haunting glimpse she gets of a doppelganger-like patient being forcibly sedated is perhaps the last straw. It was relatively easy for her to hold on to her principles and refuse to hear out Mr. Franklin (Jason Butler Harner), who promised Carrie an escape from her indefinite psychiatric detention, but it’s far more difficult to ignore his even more well-dressed employer, Mr. Bennett (Martin Donovan), after he’s gotten the court to overrule the government and get her out on a 24-hour furlough. After she’s seen the C.I.A.’s stick (they harass her family, freeze her bank account, repossess her car, and put friends like David Marciano’s Virgil under surveillance), how can she refuse this proffered carrot?

Of course, watching Carrie flip—after all the work last week’s “Tower of David” did to put her in the same sort of parallel and dire straits with Brody, who turned under similar conditions—would be rather unsatisfying, another nail in the supposed retconning of everything we’ve known to this point about the relationship between Saul and Carrie. Which is why it’s Carrie, not Fara, who’s tearfully saying, “It worked, Saul,” at the episode’s end: Carrie has been discredited enough for Mr. Bennett to risk attempting to recruit her as an asset, and now she’s in the perfect position to dismantle the Iranian intelligence network. Homeland hasn’t lost a step, it’s just changed the way it moves, looking for a way to deal with the sort of “legal” terrorism provided by intermediaries like the stonewalling bankers in “Uh… Oh… Ah…” or Mr. Bennett, who callously notes that the 12/12 bombing was simply “carried out in retaliation for Israeli air strikes on their nuclear facilities” and that “Iran takes great care in its proportional response to acts of aggression.”

The remaining half of “Game On” is stuck exploring the further misadventures of Dana (Morgan Saylor), who’s still trying to figure out how to deal with her father’s infamy. This time around, she helps her boyfriend, Leo (Sam Underwood), break out of a rehab clinic, and runs away from home. The only potentially redeemable part of this plot, on account of the fresh perspective it delivers into Dana’s character, comes when the two stand outside the military base from which her father was initially sent to Iraq. She painfully recalls that “this is where it happened. The last true thing that he ever said to me. Goodbye. Everything after that was a lie.” It’s an important realization, one that allows her to bury the man she loved and idolized for eight years, by pretending that he never returned from Iraq.

The stakes are raised when it’s revealed that Leo wasn’t in the clinic for attempting to commit suicide, but for killing his own brother. Not only is this a ridiculous complication, but it makes the earlier scenes with Dana’s mother, Jessica (Morena Baccarin), in which she’s soothed by Brody’s former best friend, Mike (Diego Klattenhoff), a waste of time, as they’re not really developing her character so much as they are misdirecting the audience.

“I just want to stay like this forever,” says Dana to Leo, in a sun-dappled, utterly cheesy scene straight out of a clichéd teenage romance. But this isn’t some deluded vampire fantasy novel: The only “happy” endings on Homeland—as Brody can testify to—tend to be the ones where you finally die (or turn to heroin), and the suffering ends.