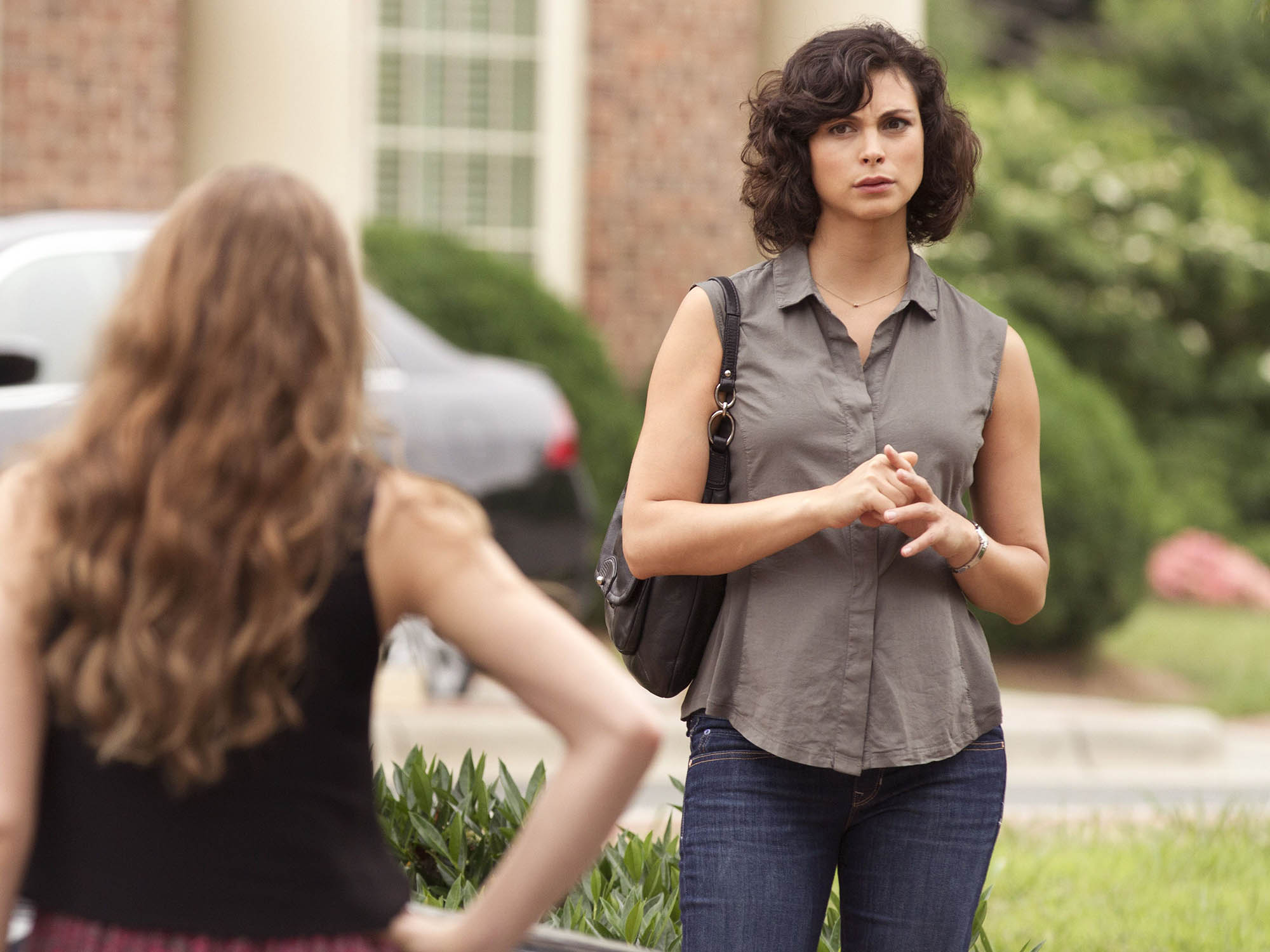 Toward the end of this week’s episode of Homeland, C.I.A. black-ops agent Peter Quinn (Rupert Friend) makes a confession to his boss, Saul Berenson (Mandy Patinkin): “I don’t know what the hell we’re doing, I really don’t.” But while he and the majority of the cast are lost at the moment, still in a tailspin from the 12/12 bombing that ended season two, Homeland has rediscovered itself by embracing this slow burn of chaos and confusion. (The series is now closer in tone to Rubicon than to 24.)

Instead of jumping fully into the manhunt for suspected terrorist Nicholas Brody (Damian Lewis), or resuming the Senate’s witch hunt for conspiratorial C.I.A. agents, “Uh… Oh… Ah…” focuses on two families in decline, and the ways in which, as the title suggests, words are failing them. Dana Brody (Morgan Saylor) and her mother, Jessica (Morena Baccarin), are in therapy, discussing the burden their infamous (and absent) patriarch has placed on them. Jessica is stuck, passively reacting to the changed world around her, attempting to be so strong for her children that she’s stifled her own emotions: She may have been able to scrub the traces of Dana’s suicide attempt out of the bathroom by replacing everything, but the trauma lingers. Moreover, you can remodel a bathroom, but you can’t remodel a human being; intangible things, like reputations, are not so easily mended.

Meanwhile, Dana tries to express her thorny, intertwined feelings toward her father, but can’t reconcile the anger she expresses with the love she still feels for him, gazing over old photographs and unrolling his prayer rug in an attempt to commune with and understand him. The same complicated feelings arise when she looks in the mirror, seeing not herself, but how she perceives others will see her. Lost and terrified, she sneaks back into the suicide-rehab clinic to have an intimate night with her boyfriend, the two waking up the next morning in the laundry room, alone, wrapped in a pile of clean, white sheets. The image of washing oneself clean—and dirty laundry, no less—is a bit heavy-handed, with Dana attempting to explain their private moment: “I want it to just be us and appliances. Because we’re not defective. It’s everything out there…”

Characters don’t live in bubbles, however, and context is one of Homeland’s greatest strengths. The once prescient, albeit paranoid, Carrie (Clarie Danes) isn’t necessarily “defective,” but when she’s dealing with the outside world, she falls to pieces. As if being publicly accused of incompetence wasn’t bad enough, her attempt to present her side of the picture to the press forces Saul to pull some strings and get her brought in by a trio of policemen, mid-interview, for a psych evaluation. When it was just her and her surveillance “appliances,” she could control the situation, but the human elements in her life don’t act like raw data and don’t have recognizable patterns. In the real world, it doesn’t matter that she’s technically correct about her psych assessment being a sham, or that Saul’s heartbreakingly turned her family against her, because being right doesn’t always matter, especially when you look crazy. “Fuck you, Saul,” she tells him at the close of the episode, pumped full of Thorazine, defeated, barely able to string those three words together.

And yet, for better or worse, Saul’s probably saved her life. Sure, he looks like a bad guy, but his ruthless number two, Dar Adal (F. Murray Abraham), likely had a more permanent solution, something hinted at by the visit a concerned Quinn pays Carrie in the hospital. Interagency violence, after all, is something he knows all too well, since he was originally tasked with executing Brody—immunity deal be damned—after the triple-agent had served his purpose. But between accidentally killing an innocent child last week and seeing Carrie drugged up for speaking truth to power, he’s lost faith: “What’s going on here is not okay with me.”

The final element of this week’s episode is the introduction of a new C.I.A. analyst, Fara (Nazanin Boniadi), who serves as a sort of counterpoint to the weary, rundown, and lost characters—though that’s largely because she’s only been on the job for eight days. It’s unclear what story Homeland is telling with her, but it hopefully goes beyond the sensitivity issues provoked by her attire, such that Saul growls to her: “You’re wearing that [scarf] on your head. It’s one big ‘fuck you’ to the people who would have been your co-workers, except they perished in the blast right out there. So if you need to wear it, if you really need to wear it, which is your right, you’d better be the best analyst we’ve ever seen and that means don’t tell me that there’s nothing.” In this case, the writers had better not be lost.