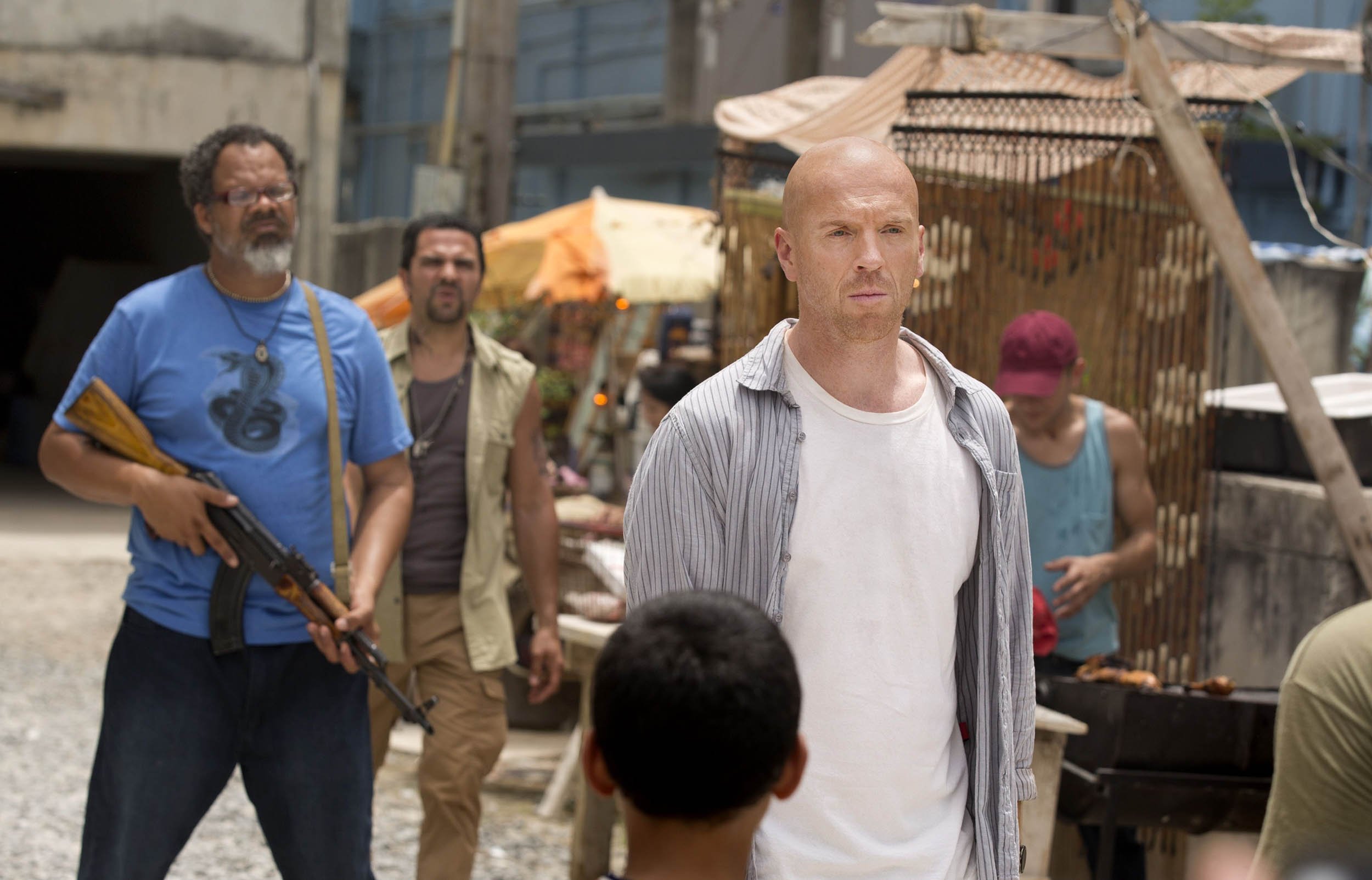 After holding out for two whole episodes, this week’s relentlessly bleak Homeland finally catches the audience up on what Nicholas Brody (Damian Lewis) has been up to. As it turns out, Carrie’s (Claire Danes) unsavory network of people who owe her off-the-books favors has been smuggling the man through Central America, and after Brody takes a bullet in Colombia, he ends up in the care of El Niño (Manny Perez), a spider-tattooed thug from Caracas, Venezuela. Although he’s nursed back to health through a combination of drugs from a philosophically dour doctor (Erik Todd Dellums) and the tender attentions of a pretty young girl (Martina Garcia), Brody finds that he’s essentially a prisoner, a man who’s reached his final destination simply because there’s nowhere left for him to go.

Carrie is also reaching a resigned rock bottom: Three weeks into her stay in a psychiatric ward and she’s willing to say just about anything to get out, even if that means admitting that Saul did her a favor by having her committed. The thing is, if you say something enough, you grow to believe it, so while Carrie knows that she isn’t crazy, she’s awake enough to realize that she’s not entirely in control. Like Brody, she ends the episode shivering in a dark corner, having chosen to medicate herself rather than further betray herself by accepting the get-out-of-jail-free card offered to her by a rather shady lawyer. (She assumes, from her work as a C.I.A. case agent, that he’s attempting to flip her for information.) “Tower of David,” then, is an episode about belonging—and you can see from the parallels between Carrie and Brody, thousands of miles apart, why Homeland itself insisted they belonged together.

The remainder of the episode strips away all of Brody’s belongings—literally, at first, as his watch and fake passport are peeled off his barely conscious body—before disassembling his psychic grounding. His hair is long gone (shaved, though that’s a pretty feeble disguise for a man with a $10 million dead-or-alive bounty on him), he’s notably skinnier, and getting shot and then subsequently patched up in a dank room with flickering lights has left him a physical wreck. But those are just flesh wounds: He can still look out from his “room” in the unfinished Centro Financiero Confinanzas skyscraper (nicknamed “The Tower of David,” not after the temple, but for the crooked banker who financed it in 1990 before both he and the economy died) and hear the prayers broadcast from a nearby temple. The finishing spiritual blow is when he attempts, despite El Niño’s warnings, to find sanctuary in that mosque; he’s literally hauled off by the police mid-shower (Brody can’t get clean, literally or figuratively) and taunted by the imam, who tells him, “You are not a Muslim; you’re a terrorist.”

El Niño “saves” Brody, at the cost of the lives of the cops and the imam’s innocent family, but it’s unclear what sort of life Brody has left without his freedom, trapped at the bottom of an unfinished skyscraper—a sign, perhaps, of man’s attempts to overreach. If he truly has as much blood on his hands as people believe he does, and people do die around him quite frequently, then perhaps he does belong in this unfinished tower, what the doctor labels an “abscess beyond healing we call home.” Trapped once more, it’s as if Brody never left that hole in Iraq, and when the doctor compares him to a cockroach, “still there after the last nuclear bombs go off,” and emphasizes that he truly does belong in the tower, Brody can’t bring himself to deny it. In that last moment, he chooses to embrace the heroin left for him in his new dark hole in the ground. As the old religious saying goes, “You may not end up where you want to be, but you will always end up where you’re supposed to be.”

The Walking Dead Recap: Season 4, Episode 1, “30 Days Without an Accident”