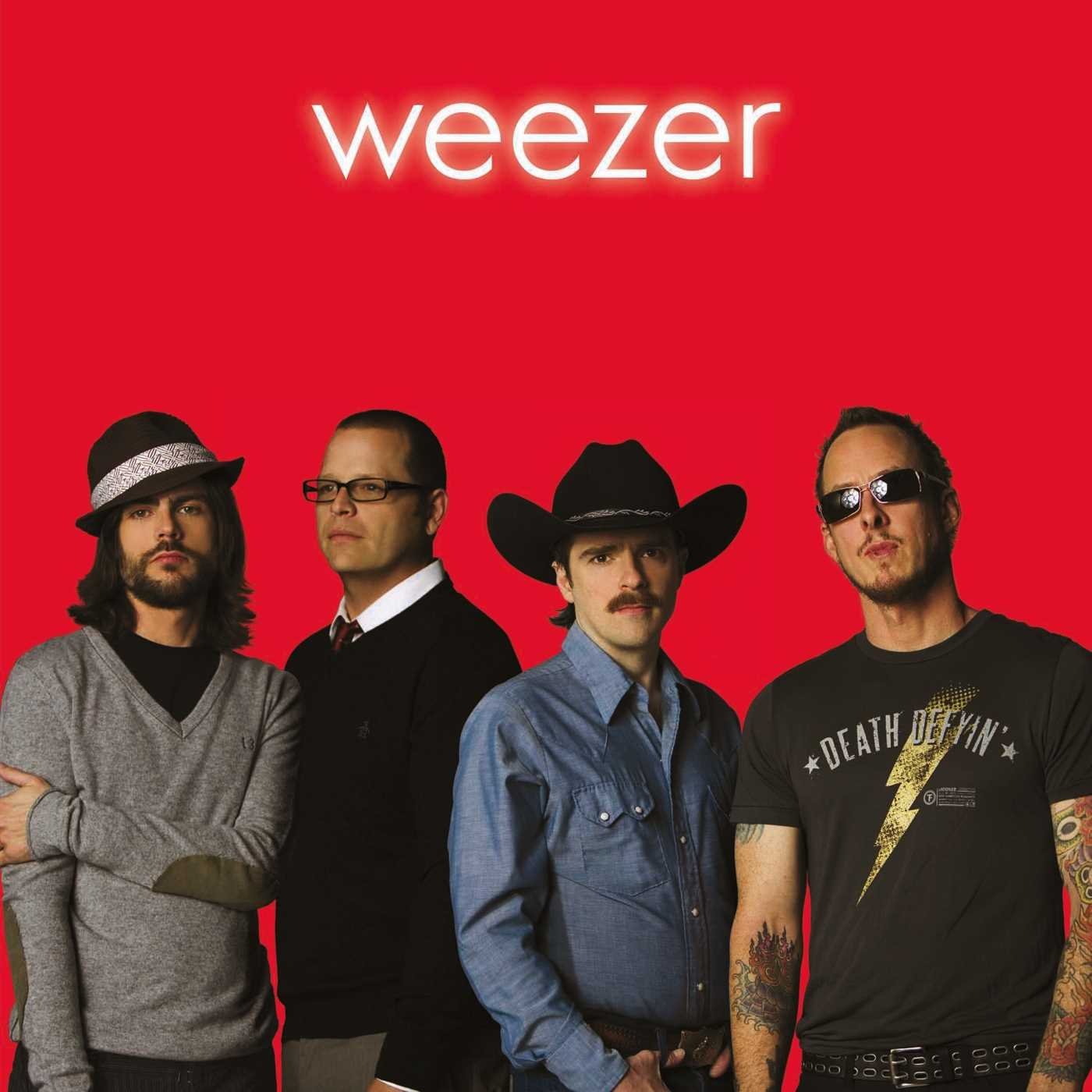 I’m not sure exactly when Rivers Cuomo decided to test just how far good will can take you in the music business, but it’s a question that he’s been asking for a while now—at least since The Green Album. It’s as if Weezer has become some sort of social experiment, feeling out how closely they can coax their legion of apologists and hangers-on to follow them into the very heart of irrelevance. I used to be a member of the focus group, but when Make Believe came along, with its faux balladry and power-chord blandness, I came to the conclusion that what I was listening to was either shameless sarcasm disguised as cleverness or the final floundering of a band that had clearly lost any creative flare that it once (however accidentally) had. What the band’s sixth LP and third self-titled venture, The Red Album, seems to prove is that, in all likelihood, it was both.

Filled with more smirking pop-culture references than an episode of Family Guy, Red Album is a sonic statement of ill intent. Cuomo and company use the same power-pop bounce they’ve employed since day one, except that it carries with it a worn-out quality that seems to diminish all of the band’s previous charms. Muted emo angst, as well as self-referential insecurity and sarcasm continue to be presented as pieces of would-be pop genius and Red Album is proof positive that Rivers’s old tricks are no longer working. His geeky insecurities, matched with all of that tongue-in-cheek arrogance, aren’t so much endearing as they are annoying. “I’m gonna tear down the wall!” Cuomo croons on “The Greatest Man That Ever Lived” followed by an act-by-act breakdown of his career as a play, letting those who do not like it know that they can “shove it.”

Weezer seems to have driven their old shtick into the ground so perfectly, it almost seems like they’ve purposely become tired and boring. “Heart Songs” namedrops better artists who sing more touching songs, and uses an acoustic landscape for Cuomo to wax poetic about more of his shortcomings and misgivings. “Cold Dark World” is kind of an egomaniacal diatribe about being the savior to a young girl, but where a song like “Across the Sea” was endearingly awkward and slightly odd, this one’s literal storytelling and sexual advances is just fucking creepy: “I’ll be like a brother/I will protect you/Never disrespect you/But if you need love/Then I’ll be here to sex you.” Thanks, Rivers, but no thanks.

Mercifully, the album closes with “The Angel and the One.” The basic sound of the track is similar to The Blue Album’s fantastic “Only in Dreams.” Unfortunately, instead of letting the track unfold and become something truly special, it is rushed and packaged as just another sappy ballad on an assembly line. Where it could have been honest and enticing, it is overly romanticized and melodramatic. The fact that Weezer could be such dramatic and sensitive little dweebs used to make them seem courageous, but that sort of goodwill has run out. It’s difficult to buy into Rivers’s hopeless-romantic act without having to forget his unforgettable ego and general smarminess. He seems to understand this, but continues with it all anyway. This experiment Weezer is conducting has brought them conclusive results, however: Fooling the world and fooling yourself are, apparently, the exact same thing.