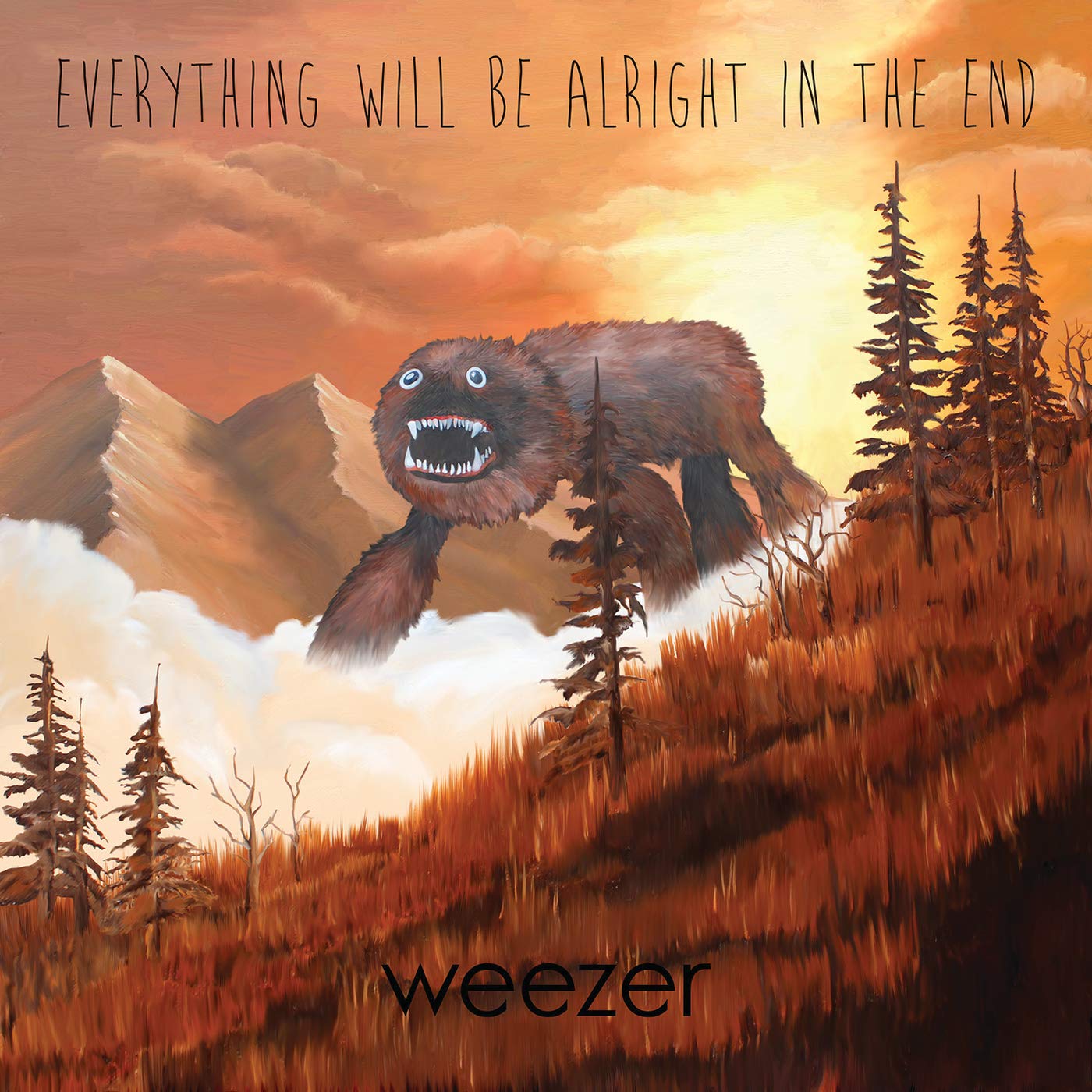 Every new Weezer album since the band’s divisive sophomore effort, Pinkerton, has been an exercise in unrealistically high expectations, and the first three songs on Everything Will Be Alright in the End do a fine job of lowering those expectations, spitting up chugging emo that sounds more like Jimmy Eat World than a return to the flawlessly executed power-pop of Weezer’s mid-‘90s halcyon days. In their best work, unashamed flaws and vulnerability become a secret weapon, even when it’s slathered in squealing bait for a future Guitar Hero release like it is on “Lonely Girl,” which finds the band finally casting off its slacker straitjacket. It’s the first track on the album that doesn’t bury its melodies in muddy metallic sludge. Yes, the chorus seems a tad underdeveloped, but so was half of Pinkerton.

“I’ve Had It Up to Here” performs another welcome sleight of hand, starting as middling ‘70s soft-rock and then shifting mid-song to an ambitiously huge rave-up that recalls Queen—not just in sound, but in fearless spirit. Likewise, “The British Are Coming” begins like a crunchy Jethro Tull opus, then shape-shifts into a standard-issue power ballad, before finally settling on a dazzlingly layered bed of vocal harmonies locked in mortal battle with the monster-glam rattle of the guitars. With its cheeseball whistling, plinking strings, and listless drums, “Da Vinci” appears set to kill the album’s midpoint momentum, until the unholy specter of “Surf Wax America” jolts the whole precious business into fire-breathing life. The same can’t be said for “Cleopatra,” which wastes a very pretty, affecting vocal by slathering it with folksy harmonica and pedal effects.

Even as the album nears its end, though, it isn’t out of surprises. Whether it’s the playful but pointed call and response with Best Coast’s Bethany Cosentino on “Go Away,” or the confluence of wonder, fear, and joy in singer Rivers Cuomo’s affectionate ode to blinkered parentage, “Foolish Father,” this is the Weezer we once fell in love with, the one that wasn’t afraid to look silly or naïve in its embrace of pure feeling. When Cuomo repeats the album’s title over and over, it’s like a welcoming embrace to fans who had faith enough to stick around.

Cuomo’s indulgent, lit-major side takes over on the three-song, largely instrumental suite that closes Everything Will Be Alright in the End, but even the ponderous keys in “Anonymous” give way to a bulldozing, visceral anthem that imagines Pavement covering “Thunderstruck.” These final songs are, like the rest of the album, an exultant “fuck you” to dashed expectations and the snarky wallow in past glories consistent with a band too content to watch most of its career in the rearview mirror.