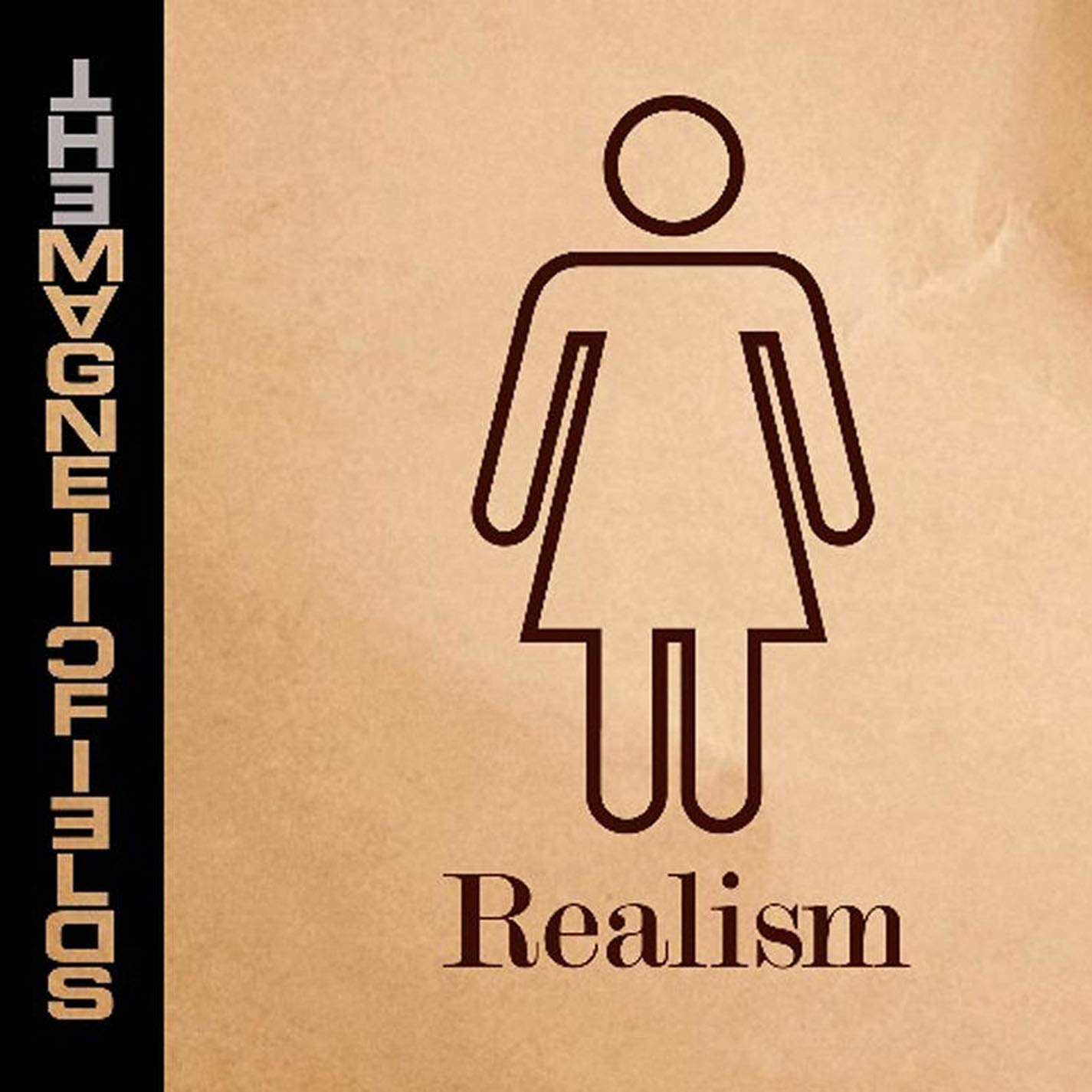 Hopefully the last in an increasingly sorry string of low-concept concept albums, the Magnetic Fields’s Realism is an acoustic-tinged sibling to 2007’s sludgy, mildly successful Distortion. As the cover art of the two albums show, this one appears as an inverse to its earlier counterpart, all sparse compositions and organic instruments to its predecessor’s shoegaze-inspired wall of fuzz. It would seem that such a minimal structuring idea might help alleviate the forced feeling of earlier unfortunate concept works, like the too-bulky 69 Love Songs, but somehow the songs here are equally strained, clumsily and witlessly presented and far more annoying than they have a right to be.

The band has always threaded a thin line between the too geeky and the just geeky enough, all flat delivery and halfway witty turns of phrase. The agonizing subject matter here, from hootenannys to a Dada polka, strains toward the former. The slower speed of these tracks and their minimal instrumentation makes them unbearable, giving altogether too much precedence to the lyrics. “The Dolls’ Tea Party” is probably the worst example, a faux-childish piece of twee fluff that’s just the wrong mix of cloying and self-aware.

This song, as well as some other dreary material, is delivered by charter member Claudia Gonson, who’d previously taken time off from the band, returning to lend some agonizing material to Distortion. Her flat delivery, a sort of female version of lead singer Stephen Merritt’s without the droll charm, has always been one of the band’s weaknesses. Here she contributes to some of the worst tracks, a standout achievement on an album stocked with them.

All this has happened to Merritt, the band’s only constant member, before, with albums that range into the bland but too-broad style of some nonexistent, intellectually strained Broadway musical. The too-fey structure of 2004’s uninspired I plumbed equal lows but had moments of brightness to alleviate the pain. Here there are few bright spots and barely any prevailing concept to blame that fact on, leaving Realism as a bad album with nothing but the band behind it to blame.