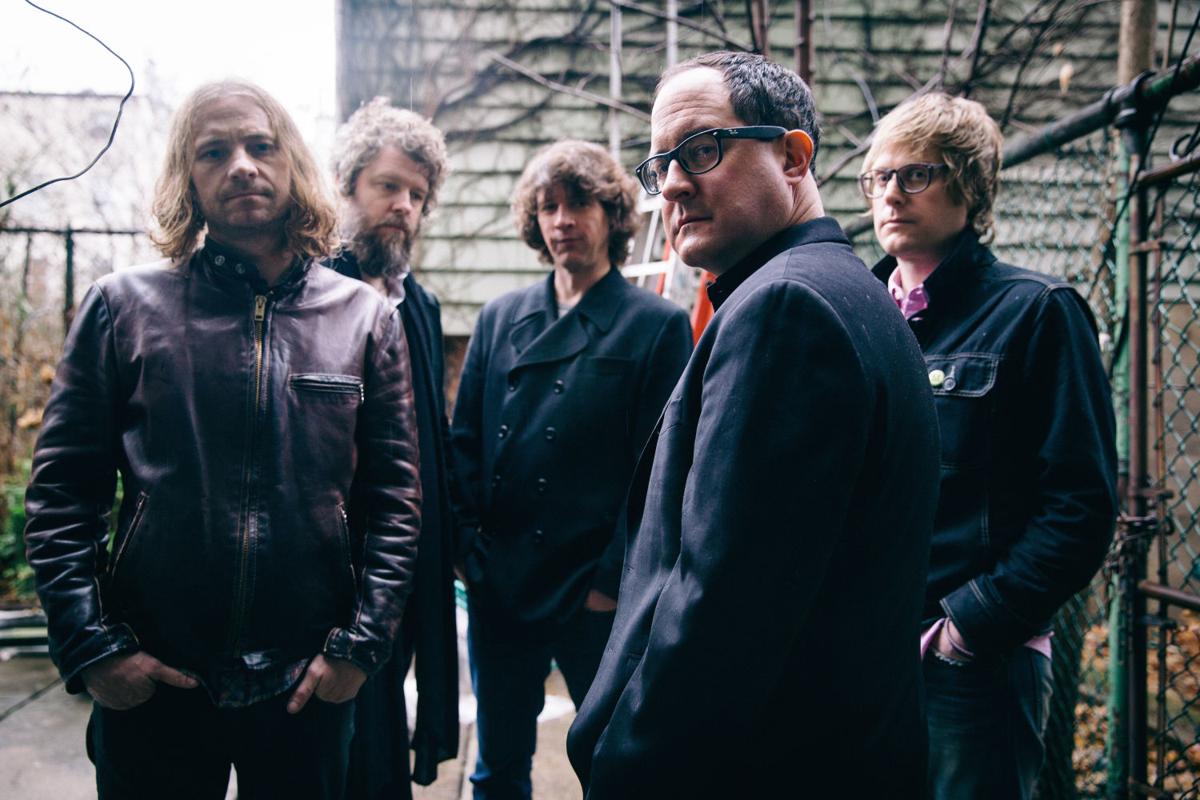 If you passed him on a street corner, you might mistake The Hold Steady’s Craig Finn for a stressed-out dad or high school chemistry teacher, but on stage his conspicuous nervous energy gets channeled toward making sure that every single person in attendance has a fantastic time. When he sings, he gesticulates wildly, pitching his body over the stage and stretching out his fists as though trying to shake any lingering note of complacency out of his audience. Playing in anticipation of the March 25th release their new album, the Hold Steady bookended a series of new songs with two older favorites, “The Sweet Part of the City” and “The Weekenders,” which recall Bruce Springsteen’s snapshots of urban life in both their sharply observed lyrics and their measured, melodic tempos. The offerings from the new album, including lead single “I Hope This Whole Thing Didn’t Frighten You,” portend a return to the band’s origins, notably their brassier guitar onslaughts, punkier percussion, and Finn’s signature speak-singing, where every line hovers somewhere between a tune and a full-throated shout.

A bit later in the day, Phantogram mesmerized an early afternoon crowd with their bass-heavy trip-pop. Backed by a drummer and an additional multi-instrumentalist, the duo swathed lyrics that plumb various gradations of depression and existential angst in gorgeous whorls of synth beats and guitar reverb. Singer Sarah Barthel remarked more than once that songs from their recent album, Voices, were recorded in “a scary old barn,” and “Black Out Days” and “Bill Murray” certainly reflect that spacious, haunting atmosphere. For the latter song, Barthel explained how the duo was inspired by the swimming pool scene in Rushmore to narrate a feeling of desperate loneliness via lyrics like “Wave goodbye to your family and friends/Those lost ants.” For all its shoegaze-y heaviness, Phantogram’s music boasts no shortage of infectious hooks; I left the venue alongside a middle-aged man in thick-rimmed glasses quietly whistling the chorus to “Fall In Love.”

My after-hours venue-hopping yielded two very different but equally satisfying acts: the Black Lips closing out a night of free outdoor music at the Hotel San José and Hurray for the Riff Raff crooning alongside other rootsy bands at the Americana Music Showcase. Garage-punk revivalists Black Lips took the stage guns blazing. The four band members split the vocal work almost evenly, often trading verses on a given song and spitting choruses in unison with only the occasional harmony. Straightforward, Clash-like punk jam “New Direction” inspired a chain reaction of enthusiastic crowd surfing, while recent single “Boys in the Wood,” more Southern rock than punk, moved a pair of gray-haired hippies to light up and share a joint.

Following a cover of “Don’t Let Me Down” by gleeful bluegrass bros Sons of Fathers, Hurray for the Riff Raff got their audience clapping and stomping along with traditionalist folk gems in the backyard of the Gatsby bar. The band’s live iteration fills in some of the minimalism that characterizes their recordings, so that, for example, a lap steel and full drum kit enlarges the spare banjo, guitar, and handclap percussion on “Blue Ridge Mountain.” Band leader Alynda Lee ran the set almost like an MC, prefacing each number with a bit of explanatory banter such as the warning that love song “I Know It’s Wrong but That’s Alright” will “get you into all kinds of trouble” and that “The Body Electric” was crafted as a feminist response to the tradition of murder ballads narrated from male perspectives. Fiddle player Yosi Pearlstein stood out with her vigorous licks, shredding bowstrings anew on every song.