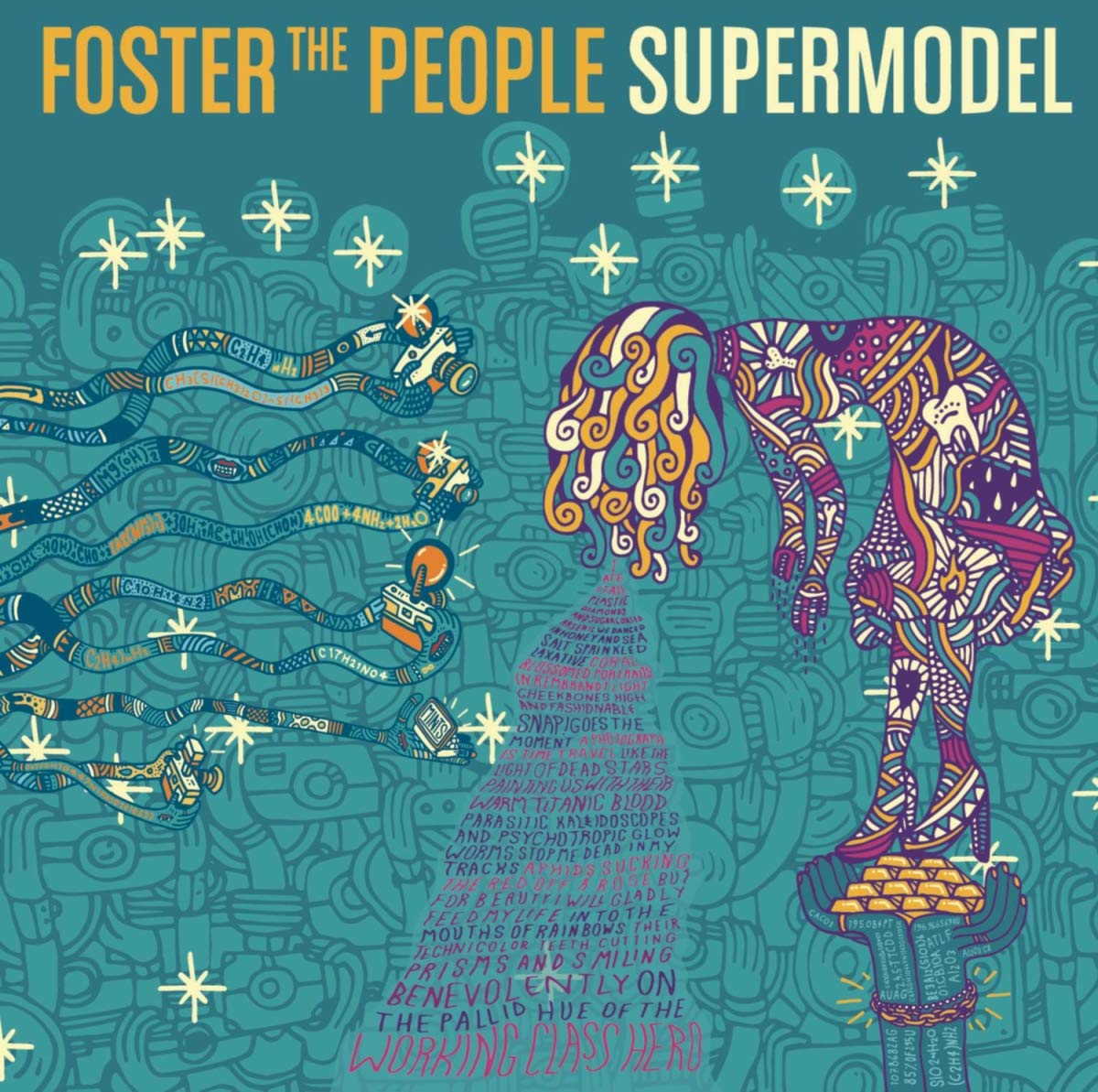 Foster the People asks a simple question via the title of the first track on their new album, Supermodel: “Are You What You Want to Be?” Whether it’s a bit of provocation for critics, an earnest plea to the listener, or a question turned inward is anybody’s guess, because the music certainly doesn’t provide a satisfying answer. The track is the usual toothless cod-indie electro-pop casserole that’s become de rigeur in the post-Spotify world—a little Arcade Fire here, a lot of Vampire Weekend there, a bit of Fun, and nothing that signals a sense of purpose beyond the commercial imperative for new product. You have to tour behind something new, even if “new” has air quotes around it roughly the size of Dodger Stadium.

There isn’t a single moment on Supermodel that could be acutely identified to represent Foster the People’s unique “personality”—unless sounding like Keane with all their big-dreaming pop grandeur ground to dust (“Ask Yourself” and “Coming of Age”) is a recognizable character trait. Mewling over Cat Stevens’s old chord progressions while a reedy wall of “na na na” flounders in the background, as on “Nevermind,” could be called a “personality,” however rancid. Unfortunately, that personality already has the word “Lumineers” firmly stamped on it. “Nevermind” even manages a double-karaoke fake-out, starting with a snippet of buzzing feedback that recalls the famous album of the same name before slumping into its familiar nü-folk flotsam. This kind of dishwater Mumford/Edward Sharpe-style campfire folksiness also rears its dopey head on “Goats in Trees,” a song which helpfully pumps faux bird whistles and fire crackles into the mix for listeners too stoned to otherwise get the “vibe.”

These five songs roughly express the album’s mission statement: We may not have anything to say, but goddamned if we aren’t going to say nothing in as many ways as possible. As dubious as this may be in terms of artistic integrity, it does considerably improve the chances for something, anything, to make an impression. On Supermodel, this happens exactly twice, and in both cases, success can be traced to the band finally allowing a little grime to get under its immaculately manicured fingernails. “A Beginner’s Guide to Destroying the Moon” starts off with surging, skipping synths seemingly on loan from M83’s “Run Into Flowers” before a lasciviously fuzzy bassline launches a song that neatly splits the distance between Smashing Pumpkins and Electric Light Orchestra. It’s one of only two songs on the album whose sound is truly as big as its ambitions. Heard in the right bar, at the right volume, with the right amount of lager in your system, you could even accuse it of being rock n’ roll. This is also true of “Pseudologia Fantasia.” Yes, it sounds like an outtake from m b v, with its distorted, crashing drums and impossibly bending guitar lines, but it’s a really good one, and despite its whiny vocals being pushed too far forward (a My Bloody Valentine cardinal sin), even Papa Shields might be proud to have birthed it.

Had Supermodel ended with this potent one-two punch, one might be inclined to view the rest more charitably. Sadly, it finishes with two bits of acoustic muzak (“Fire Escape” and “Goats in Trees”) and a bid to beat Imagine Dragons at its own game with the kind of frantic Meatloaf-goes-electronica favored in YA-movie soundtracks. The latter track, portentously titled “The Truth,” encapsulates the album perfectly, serving as an ocean-sized paean to blind desire, the kind of dumb, terrified wanting that comes from never knowing what’s worth having in the first place.