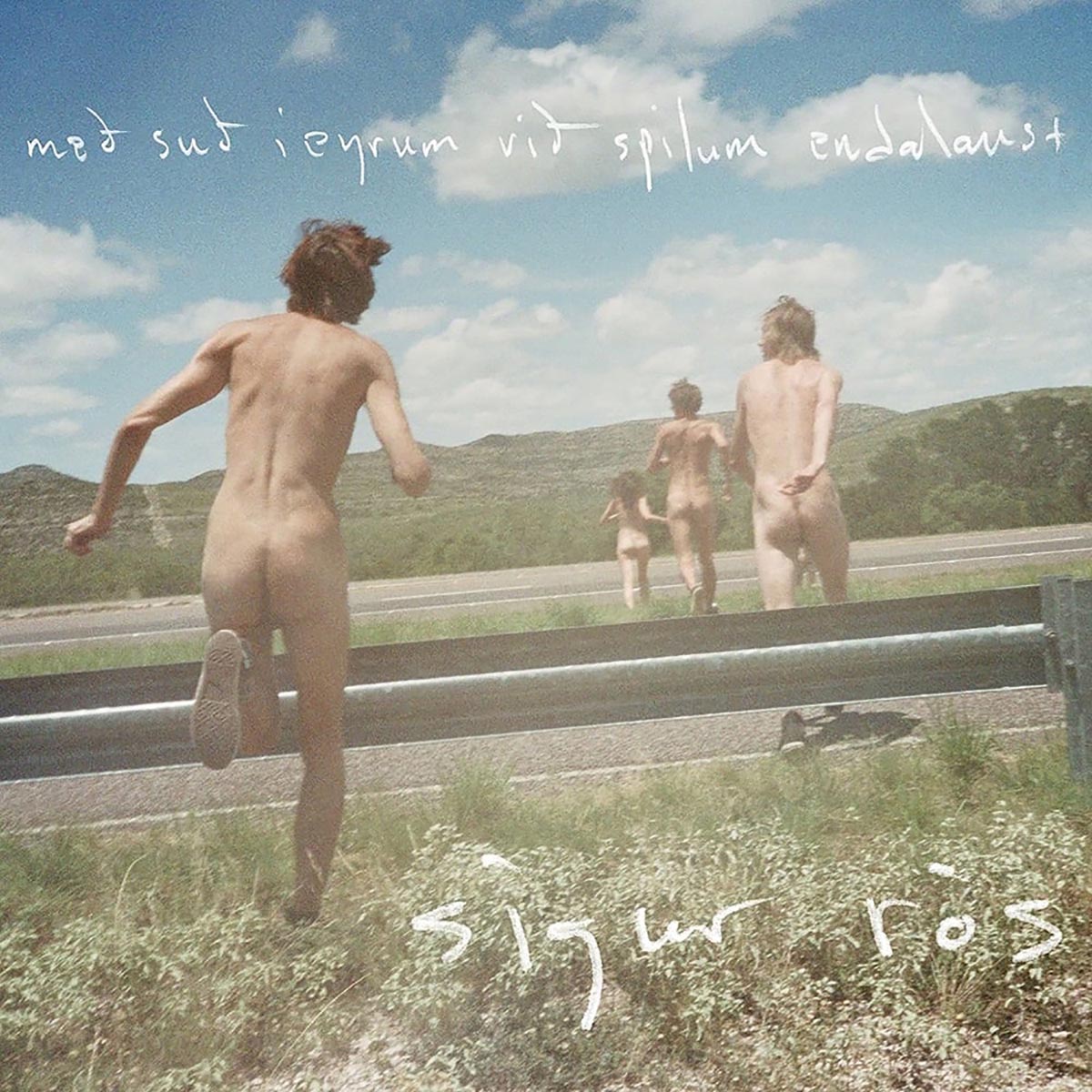 Since their breakthrough Ágætis Byrjun, Sigur Rós has always been just one Hopelandic caterwaul away from replacing Coldplay as the Biggest Band in the World. The gimmicky, largely formless ( ) seemed like an acknowledgement of that fact and possibly even an outright rejection of such fuss, but 2005’s more conventionally composed but still not-quite-accessible-enough Takk… and now Með Suð í Eyrum Við Spilum Endalaust, co-produced by king knob-twirler Mark Ellis (better known as Flood), bring the Icelandic quartet a few indecipherable wails closer. Of course, there’s the matter of that title, which translates to “With a Buzz in Our Ears We Play Endlessly” but which might as well mean “We Have Absolutely No Interest in Pandering to Your Corporate Notion of What a Rock Band Should Sound Like but We’ll Throw You a Bone Nonetheless.”

That bone, it seems, is a song sung in English, a first for a band whose frontman, Jónsi, is famous for singing entirely in either an invented language or his native Icelandic. Ironically, “All Alright” is one of the least immediate songs on the album, not just because Jónsi’s English is unintelligible but because it’s a nearly structureless post-rock soundscape. Other tracks, were they sung in English, could pass for hits by Coldplay, Keane or Snow Patrol; the three-and-a-half-minute “Við Spilum Endalaust” might be the closest Sigur Rós has come to a straight pop/rock song, and it’s further proof that music is indeed a universal language.

Recorded largely outside of Iceland (in New York, London and Havana), Með Suð is less polished than the band’s previous outings; it’s still lush and finely tuned, but creaky acoustic guitars lend tracks like “Góðan Daginn” and “Illgresi” an intimate quality previously unheard. It wouldn’t be a Sigur Rós album without some grandiosity though: opening number “Gobbledigook” is a percussive track with crisscrossing time signatures and rhythmic background vocals; “Inní mér syngur vitleysingur” (“Within Me a Lunatic Sings”) builds to a full aural assault (of the most benevolent nature, of course) with a five-piece brass section and string quartet; and the nine-minute “Ára Bátur” is a live recording boasting a full orchestra and the London Oratory Boys Choir. It’s in these moments that Sigur Rós’s music, radio-friendly or not, feels like a beatific vision.