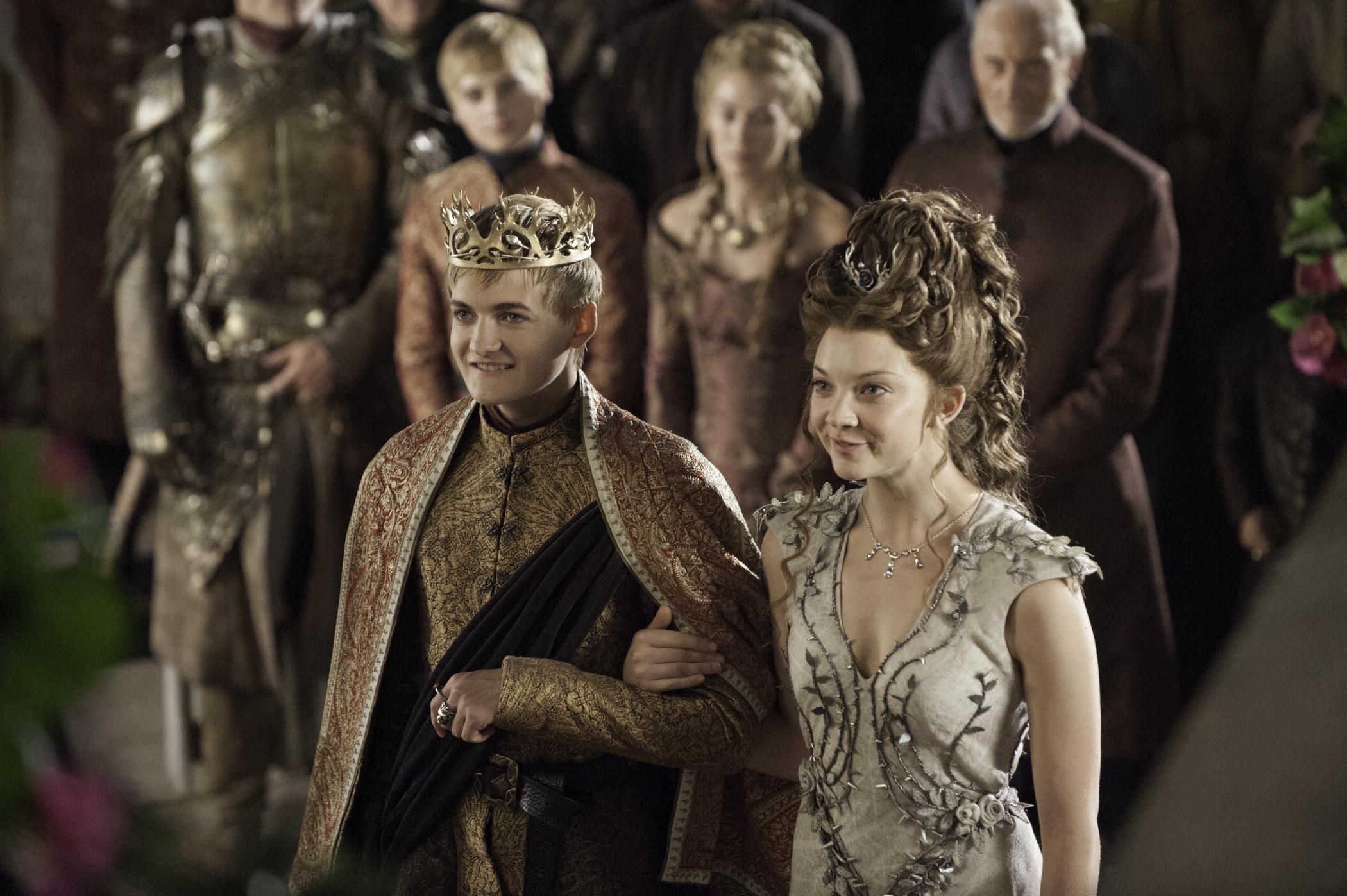 Game of Thrones eased into its fourth season with an episode that traded the unending forward motion of the show’s previous season for a moment of ragged calm, but “The Lion and the Rose” reveals that respite as nothing more than the eye of a storm. Not only that, George R. R. Martin’s writing credit makes it clear from the start that not only does something happen in this episode, but that the cataclysmic event typically placed in a given season’s penultimate installment will likely occur almost immediately, dramatically shaking up the show’s usual structure and setting up the fourth season as its most distinctive yet.

True to the more muted tone of the premiere, the second episode offers minimal indication that anything is wrong, at least once you get past the opening scenes of Ramsay Snow (Iwan Rheon) continuing to inflict physical and psychological torture on anyone unlucky enough to be in his presence. Soon, however, the frame shifts to the wedding of King Joffrey (Jack Gleeson) and his new bride, Margaery Tyrell (Natalie Dormer), and it remains at and around the event for the rest of the episode. That level of focus in a series that constantly transitions between various locations to track its sizable cast offers the first clue that something will go wrong, but the extended parade of Joffrey catering to his sick whims throughout the feast swiftly escalates tension.

The direction of this episode intuitively captures the hell of being trapped at a function not only with Joffrey but for him, in which everyone must be duly respectful and even express approval at everything he concocts to gloat over and insult them. As Joffrey dismissively chucks coins at some minstrels (Sigur Rós, in the show’s most pitiable band cameo yet), goads the crowd into pelting his fool (Tony Way) and guffaws over a demeaning dwarf show making rude pantomime of the king’s “victories,” the camera surrounds Joffrey’s smiling face with the increasingly uncomfortable countenances of everyone else. Margaery, sitting beside her new husband, hides her disgust, but cannot mask her sympathy for those brought in for mocking, and she regularly interrupts with lightning-fast objections delivered in a hyperbolically soft, pleasant voice and careful wording to try and diffuse Joffrey’s cruel japes without offending him. During the performance of the little people, the camera frequently cuts to Tyrion (Peter Dinklage), whose mixture of pity for the actors and hatred of his nephew radiates from behind gritted teeth and composed silence. By the time Joffrey takes to directly humiliating his uncle, his sudden death by poisoning is not so much a vindication against the king’s catalogued madness as it is an immediate relief from an unbearable situation.

Joffrey’s ignoble end provides a great deal of karmic satisfaction, but it also comes with a curious bit of regret. Shortly before the season premiere, HitFix published a list of characters its writers did not want to see killed. Joffrey’s name came up as someone you can’t help but love to hate. That’s not wrong, but it shortchanges just how dependable the psychotic ruler was. In a series in which everyone routinely changes faces, or simply perishes, Joffrey in some ways took the position vacated by Ned as the sole rock protruding from the sand. People change allegiances and divert their goals, but Joffrey was the one constant, always torturing concubines, plunging a kingdom into ruin, and at his mildest, just being the most sniveling little shit who ever lived. And unlike Ramsay Snow, whose one-note sadism offers nothing more than extremity, Joffrey was compelling, even a driving force of the show’s conflicts. Moving on without the most overt, magnetic villain in the Seven Kingdoms paradoxically makes the future look bleaker. In his absence, it’s that much more apparent how the real enemies of Game of Thrones are unpredictable, and invisible.

What little time the episode spends away from Joffrey’s demented party finds other characters gradually developing schemes in order to launch themselves into power. Ramsay’s scenes depict a leader without a family name literally carving out his territory so that even his disturbed, noble father can only stand back and admire his efficiency. Melisandre’s (Carice van Houten) ritual sacrifice of unbelievers in Stannis’s (Stephen Dillane) ranks takes place far away from the White Walkers growing in numbers north of the Wall, but her dogmatic fervor reacts against prophesied evils far more devastating than mere pretenders to a throne and anticipates not a war of conquest, but a crusade for holy survival. Back at court, the Lannisters, having vanquished their most pressing external foes, now teeter on internal war among the family members for dominance. It’s no wonder the dying Joffrey and his agonized mother (Lena Headey) blame Tyrion for the assassination; they likely just assume that he plotted against them as they did him.

“The Lion and the Rose” suggests many things: that what looked to this point like a nightmare descending on Westeros was mere prologue to an accelerating collapse; that the ostensible pandemonium of the war, dictated by wannabe despots, is being monitored and manipulated from shadow forces; and that George R. R. Martin has serious hang-ups about weddings. Its most significant contribution, however, is in freeing the show from its settled formula, upending things in such a way that even the assassination of a king is now just one of many acts of grand, senseless violence. And while previous seasons admirably ducked big cliffhanger endings by leaving open the finales for taking stock of a big event, the fact that the fourth season leaves open the bulk of its running time to fully exploring the fallout from Joffrey’s death makes the earlier structure look conservative. If Game of Thrones at times threatened to become pure pulp, it here matures into the somber attitude it adopted at the start. The series heretofore moved along at such a steady pace that one could only balk at the mounting corpses left by its carnage. Now, however, the true reckoning begins.