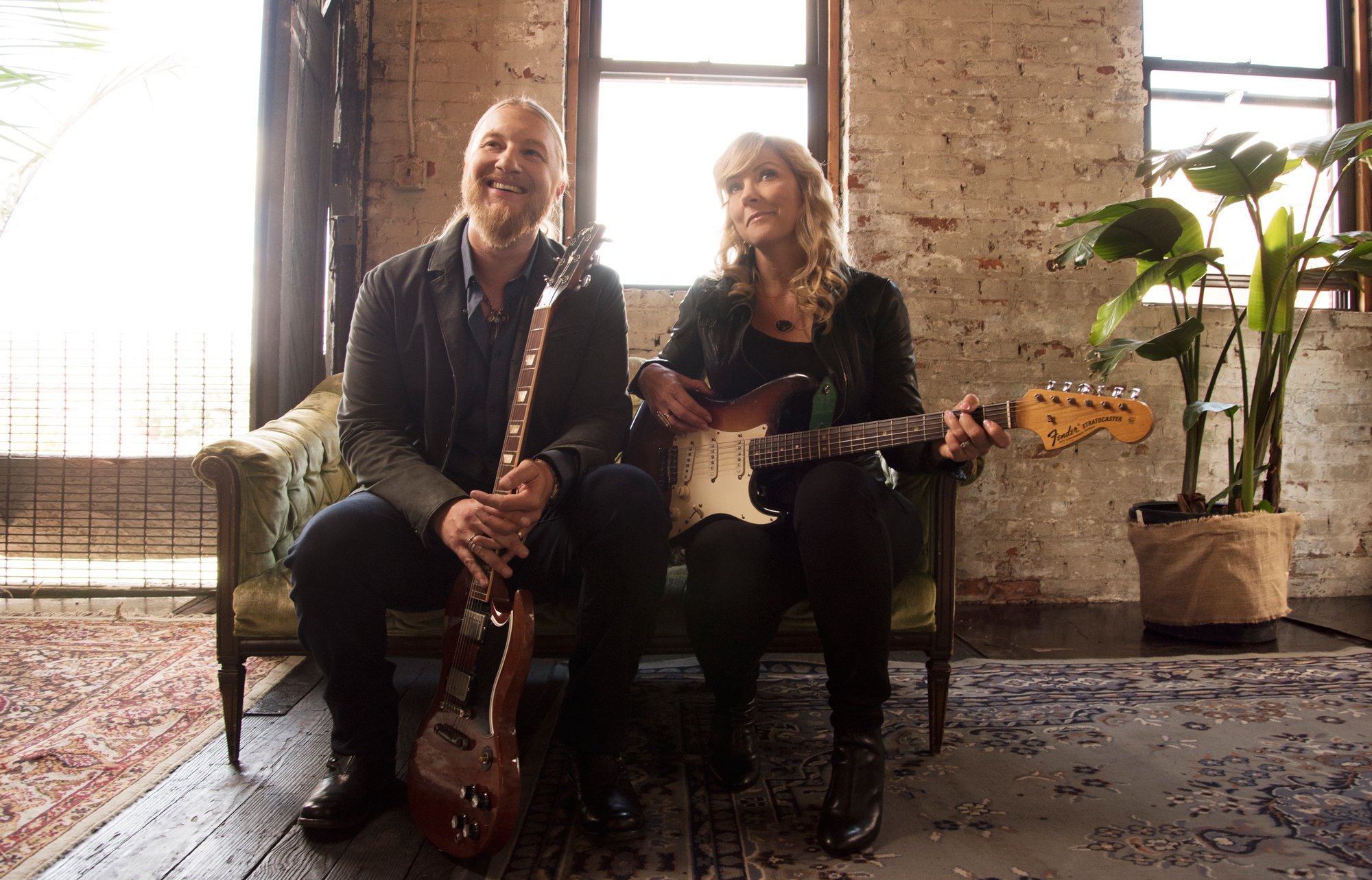 Tedeschi Trucks Band’s raw brand of blues-rock is a thrilling resurrection of bygone genres endemic to the southeastern United States, and they play with the freewheeling improvisatory energy of hallowed country-rock bands like the Allman Brothers, Little Feat, and Black Oak Arkansas. The group’s sound hasn’t noticeably evolved since their 2011 debut, Revelator, but their craft—particularly the electrifying, full-throated howl of singer Susan Tedeschi—remains as rousing as ever on their fourth album, Signs.

Lead single “Hard Case” fuses Americana, Memphis soul, and New Orleans swamp funk to tell the story of lovers who can’t quit each other. Tedeschi’s wails seamlessly intertwine with Matt Mattison’s gruff warble. “You’re a hard case to refuse,” Tedeschi sings, her voice tinged with both overwhelming desire and a creeping sense of self-doubt. Like most Tedeschi Trucks songs, “Hard Case” attempts to capture the blistering kinetic energy of the band’s live performances, and it mostly succeeds: The drums pummel, the solos meander, and the guitars, expertly played by Tedeschi’s husband, Derek Trucks, unexpectedly leap forward.

“Hard Case” is the closest Signs comes to matching the unbridled dynamism of “Part of Me,” a soaring standout from 2013’s Made Up My Mind. Yet the album also contains a handful of irrepressible trad-rock jams that allow Tedeschi’s vocals to take center stage, as on the Motown-inspired “I’m Gonna Be There” and “They Don’t Shine.” On “Walk Through This Life,” her voice veers from exuberant and unrestrained to subtle and declarative, yet it never loses its luster, evoking, at turns, that of Bonnie Raitt, Stevie Nicks, and Gladys Knight.

Many Americana outfits have become sociopolitical observers in the Trump era, and Tedeschi Trucks Band is no different. “Signs, Hard Times” is a blue-eyed soul rave-up that calls on bystanders to get off the sidelines in a time when passivity amounts to complicity. “No more fooling around,” Tedeschi shouts, urging us to take action before it’s too late. Yet, at times, their activist message comes off as stilted. “Shame, there’s poison in the well/Shame, you know we can’t un-ring the bell,” Tedeschi proclaims on “Shame.” It’s a well-intentioned but ultimately shallow truism—a lyric that states the obvious without offering any solutions.

At their best, the songs on Signs bristle with a kind of wide-eyed optimism. On “Still Your Mind,” Tedeschi seems to sum up the album’s mission: “You’re not alone/So many people feel that low/But I’ll help you grow.” While not without its flaws, Signs heals in this way. It’s often so joyous and spirited that, for a moment, it’s easy to envision better times ahead.

Review: Ariana Grande Embraces Her Flaws on Thank U, Next