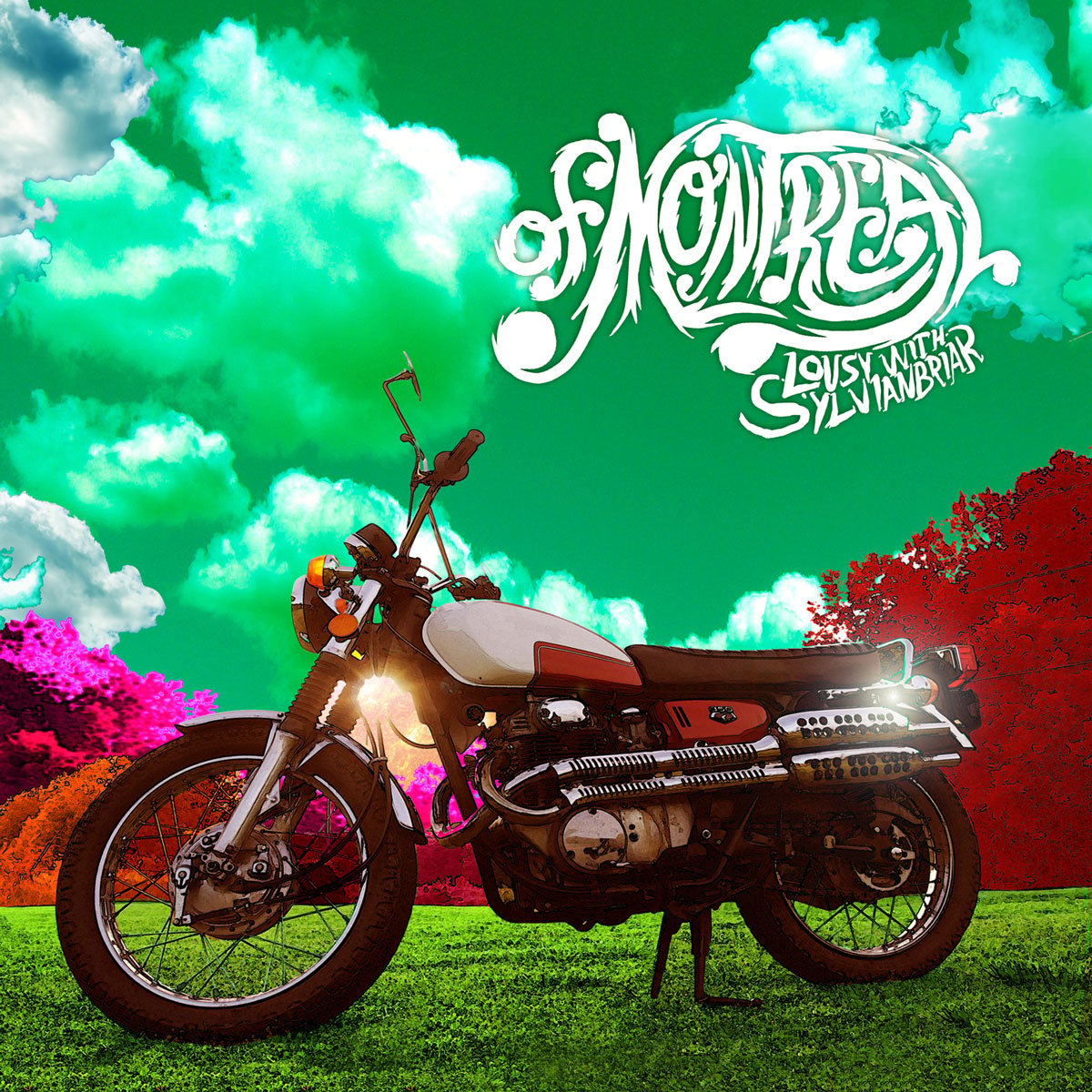 Despite a prolific discography that can be accurately categorized as batshit insane (albeit marvelously so), Kevin Barnes’s Of Montreal collective has decided to embrace classic rock on their 12th release, Lousy with Sylvianbriar. There are hints of Deerhunter’s ramshackle punk sessions from Monomania and Spoon’s brand of garage pop strewn throughout, but at its core the album is an unabashed throwback to ’60s psych-rock, with Of Montreal aping the posture of revered British Invasion bands like the Kinks and the Zombies to deliver a series of funky and often raucous baroque arrangements. Topped off with Barnes’s wry sense of humor, its Technicolor artwork, and intentionally overwrought track titles, there’s a sense that, with Lousy with Sylvianbriar, Of Montreal has produced the exact kind of album MGMT was attempting with Congratulations and MGMT.

Unfortunately, the results aren’t much better than those two albums. For all of its pitch-perfect evocation of the jangly British beat sounds coming out of Liverpool in the early ’60s, Lousy with Sylvianbriar is perhaps Of Montreal’s most lifeless album to date, its songs no more than monuments to an earlier era of rock that, though expertly crafted, are largely passionless. The robotic predictability and general malaise that haunts tracks like “Amphibian Days” and “Colossus” are a far cry from something like “Id Engager,” a schizophrenic highlight from the group’s 2008 album Skeletal Lamping that, if not the most cohesive of songs, at least possessed a sense of devil-may-care fun that Barnes and company have long since abandoned for paint-by-numbers psych-rock idolization.

Lousy with Sylvianbriar is, quite simply, a weary album. The gloomy, organ-drenched “Obsidian Currents” is four minutes of trite, melancholic balladeering, and even upbeat entries like “Hegira Émigré” tend to alternate between treading water and getting lost under a hapless mess of mindlessly looping guitar riffs. The band has essentially muzzled the erratic, sex-soaked entropy that laced their earlier work in favor of tedious imitation, shedding much of their identity in the process; without it, Of Montreal is just another retro-obsessed indie outfit. The real takeaway here may be that psychedelia-mining bands would be wise to avoid wholesale mimicry.