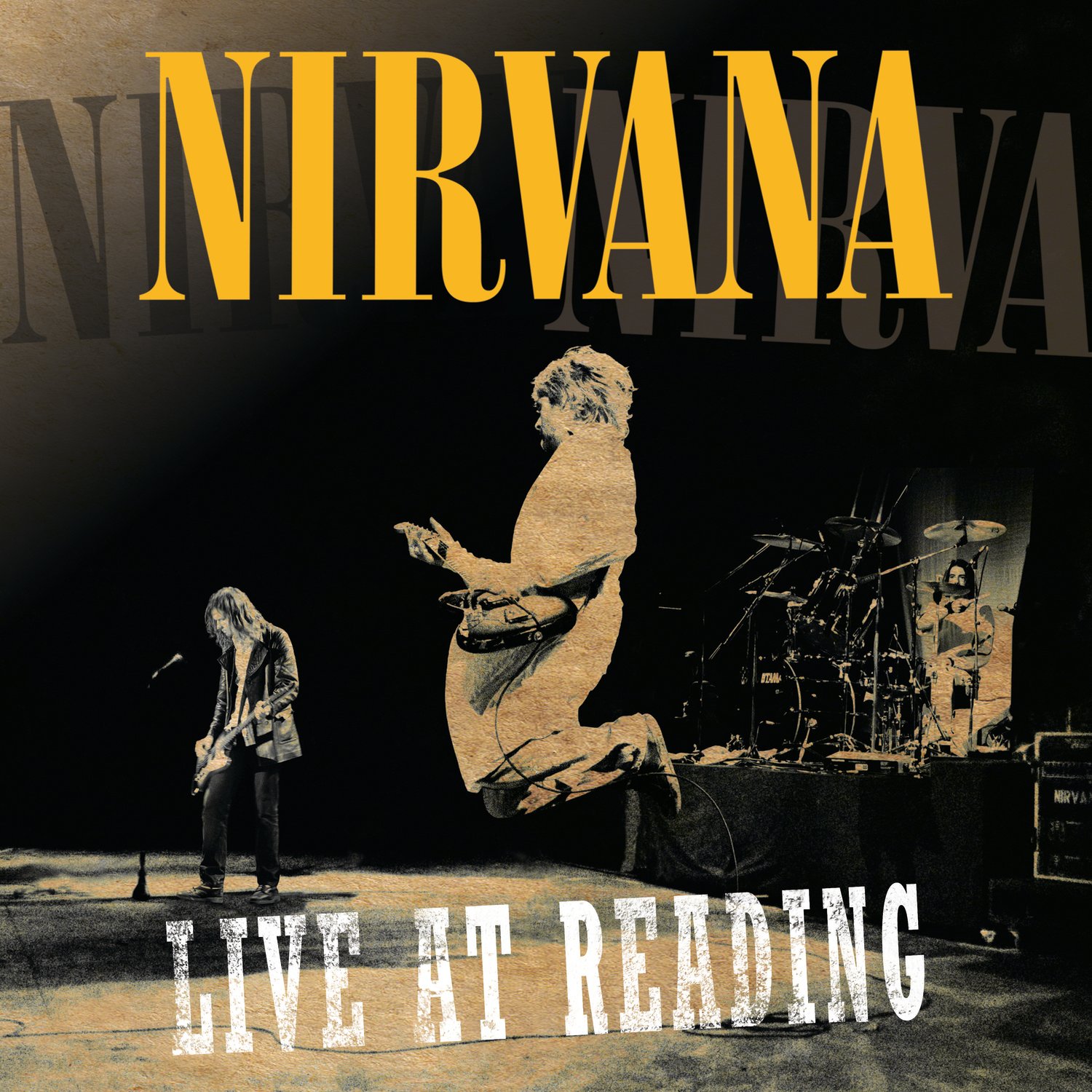 When journalist Everett True escorted Nirvana’s frontman onto the stage in a wheelchair before the band’s headlining slot at the 1992 Reading Festival, Kurt Cobain’s adoring public believed this an affidavit of circling cancellation rumors on account of his spending the weekend on a rampant drug-fuelled binge. After indulging in his own on-stage theatrics, Cobain feverishly stampeded through a mammoth set list of 25 tracks (though only 24 make it onto this album, with “Love Buzz” strangely omitted) and cemented his legacy in the festival’s folklore. Some 18 years later (15 since the suicide of the band’s sphinx-like ambassador), we have an official CD/DVD package of the legendary performance, another jewel in the crown of Nirvana’s posthumous back catalogue.

Live at Reading, though, is a very different beast from Unplugged in New York, serving as a pointer to Nirvana’s punch and energy as a unit rather than putting an accent mark on the late Cobain’s troubled genius. Where Unplugged was a record which showed Nirvana could go beyond their grunge sound, Reading displays the Seattle trio reveling in it: The performance is littered with their most frenzied numbers (“Tourette’s,” “Territorial Pissings,” “Negative Creep”) and throws a little dirt on the more honeyed tracks (“All Apologies,” “Dumb,” “Polly”). In distancing the set from their mellifluous tendencies, Reading is a far cry from pop-chart fodder. And while the jarring howl of Cobain’s Fender and his gravelly delivery may alienate the more nonchalant corners of their fanbase, these ferocious renditions will be a godsend to the dyed-in-the-wool Nirvana following. “Breed” and “Drain You” set the tone for what to expect here, juggling the sonorous hooks of their original recordings while underlining the intention to provide a chaotic balls-to-the-wall rock n’ roll master class.

The anthemic “Lithium” is bolstered by the tens of thousands in attendance, singing along to practically every lyric in what drummer Dave Grohl has since earmarked as one of their career highlights. From the moment Cobain ironically moans “I’m so happy, ‘cause today I’ve found my friends,” his grateful public is right behind him. This Nevermind favorite is but one of the hits that Cobain and company perform in this relentless 80-minute set, treating the audience to pitch-perfect versions of “In Bloom” and “Come as You Are” before a powerhouse “Smells Like Teen Spirit.” The band often voiced their irritation with the infamy of “Teen Spirit,” issuing lackluster recitals of their magnum opus toward the tail end of their touring careers, but the performance here is a dynamic and enthusiastic presentation of their most renowned work.

Much of the Reading set list consists of Nirvana’s sleeper hits, including cover versions, that would later appear on B-sides compilation Incesticide a month later and even early drafts of those which found a home on 1993’s In Utero. “Aneurysm” and “Sliver” are performed flawlessly (the latter, in particular, given a charming twist as Cobain’s voice seesaws between shrill and monotone in its verses), while “All Apologies” and “Dumb” appear as polished samples from the then-forthcoming In Utero. In circumventing the easy option of stringing together a collection of their well-known material, Cobain’s flair for live shows is once again categorically underlined.

In essence, Reading is the unqualified exhibition of Nirvana’s intensity as a live act. It’s a viable greatest hits record, channeled through a sandstorm of pounding drums, crude guitar work, and inscrutable charisma—a blistering marathon of the group’s immortal hits woven among their more modest gems.

Review: Between the Buried and Me, The Great Misdirect