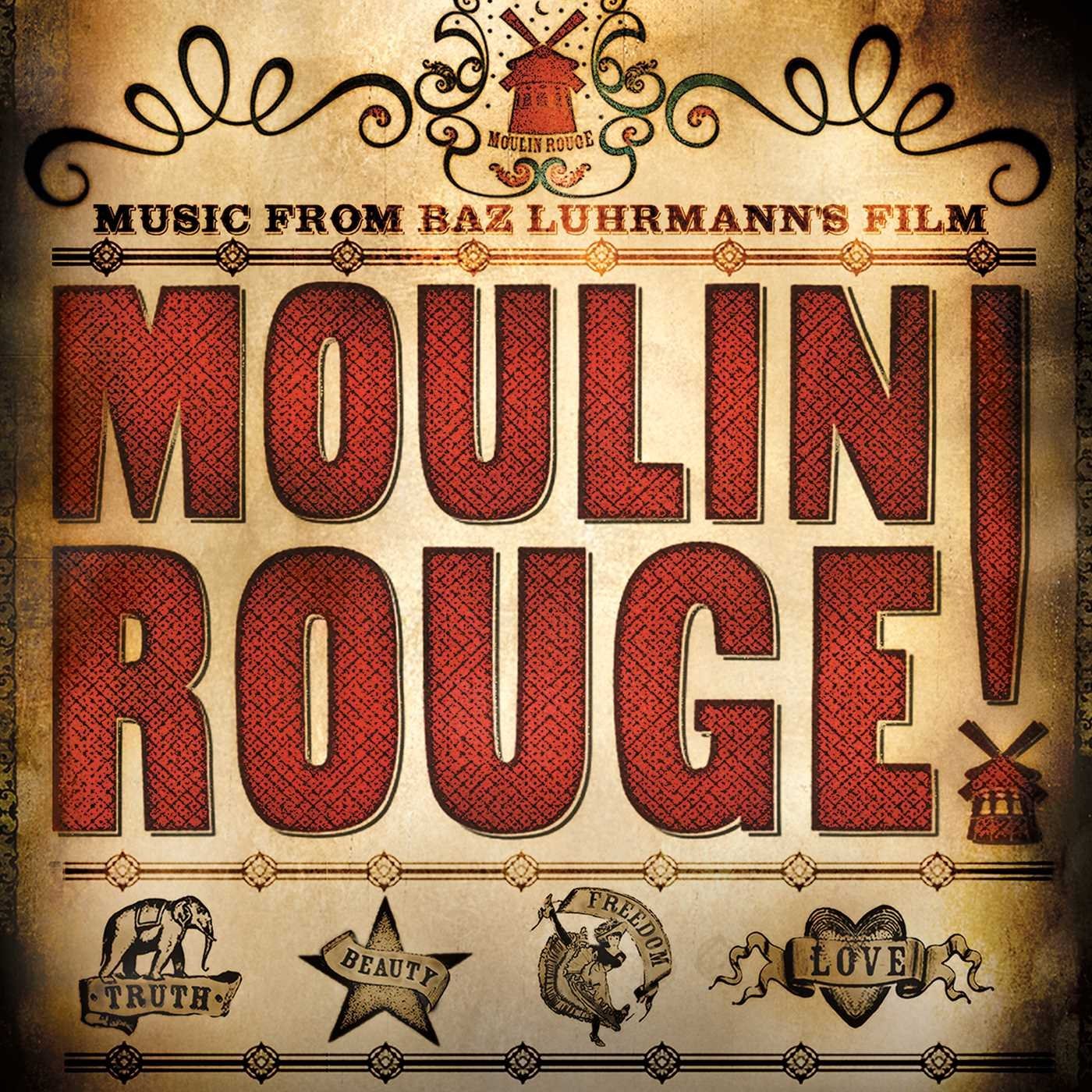 While the film Moulin Rouge continues the hyper-kinetic visual stylings of director Baz Luhrmann’s Romeo + Juliet, the soundtracks to both are integral to the films’ cores. Being that Moulin Rouge is a musical, however, half of the soundtrack’s material comes directly from the film and features its stars Nicole Kidman and Ewan McGregor. Neither are trained singers, yet Kidman carries her songs with grace and McGregor is a promising baritone; both have clearly delved deep enough to bring life to their characters via song.

Like R+J, Luhrmann fuses two very different time periods, and though Moulin Rouge is set in 1900, he successfully links turn-of-the-century Paris with modern day music. “Sparkling Diamonds” is actually a medley of the classic “Diamonds Are A Girl’s Best Friend” and Madonna’s “Material Girl.” Unfortunately, the film’s witty staging of the pop singer’s “Like A Virgin” is not included on the soundtrack.

The film’s sole original composition, “Come What May,” is a duet between Kidman and McGregor. David Foster stamps his typical brand of sugar-dipped production on the track, yet its overzealous arrangement seems fitting as the entire film is such a visual and sonic exaggeration. Don’t be surprised if the track becomes a huge Adult Contemporary hit for the actors (following in the steps of Gwyneth Paltrow’s duet with Huey Lewis from the film Duets).

Actor Jacek Koman finds his shining moment in the piece “El Tango de Roxanne,” a brilliantly arranged medley of “Roxanne” by The Police and “Le Tango du Moulin Rouge.” The melodramatic interpretation is nothing short of brilliance as it ebbs and swells toward the film’s emotional climax. Likewise, “Hindi Sad Diamonds” accompanies the visual climax, an intricately orchestrated spectacle near the film’s end. The frenetic Hindi-techno anthem, featuring queen of Hindi film music Alka Yagnik along with Kidman, perfectly embodies Luhrmann’s penchant for super-saturated colors.

As for Moulin Rouge’s musical guest appearances, one need look no further than the first single from the soundtrack, a cover of Patti LaBelle’s “Lady Marmalade,” featuring Mya, Pink, Lil’ Kim and Christina Aguilera, and co-produced by Missy Elliott. If nothing else, the track is simply an accolade to the performers’ various distinctive styles, with Lil’ Kim trashing it up and Aguilera caterwauling her way through the second half of the song.

Other contributions to the soundtrack include Fatboy Slim’s can-can “Because We Can,” Valeria’s cover of the 1985 Debarge hit “Rhythm of the Night,” and “Complainte de la Butte” by self-proclaimed It Boy Rufus Wainwright. The much-talked about collaboration between Beck and hip-hop producer Timbaland surfaces here as a cover of David Bowie’s “Diamond Dogs,” and in fact, Bowie’s music can be found all over Moulin Rouge. His “Heroes” is featured in the “Elephant Love Medley” and he collaborates with Massive Attack on the unofficial theme to the film, “Nature Boy.”