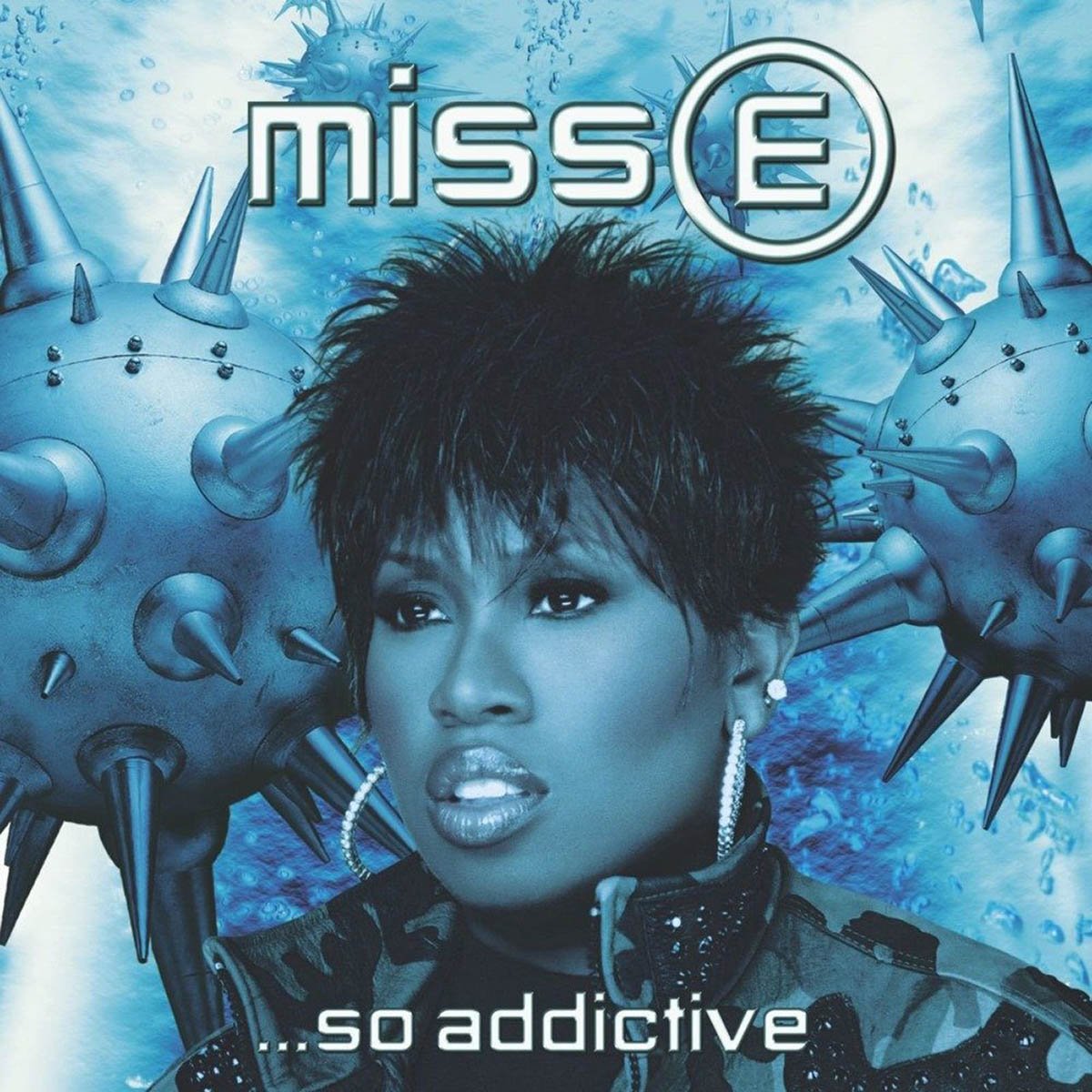 Nearly a decade ago rap music redefined itself in the midst of the alt-rock movement, creating a force that would eventually become hip-hop as we know it, probably the most lucrative and socially subversive genre to emerge from the ‘90s and prosper into the new millenium. Though electronica was pegged as the next big thing, its influence has been gradual as it has filtered its way into rock, pop and the most obvious yet overlooked genre, hip-hop. The genre was perhaps the first to fully embrace electronica and has since made it its own.

While many have waxed poetically on the positive influence of the new influx of “organic hip-hop” (myself included), artists like Missy Elliott and her longtime partner in crime, producer/rapper Timbaland, continue their dynasty of what is essentially electronica at its finest. You’ll find nary a live musical instrument on Elliott’s third release Miss E…So Addictive, but you will find a mindfully club-ready concept album. And if the album’s title hasn’t already tipped you off (and yes, it works on many levels), the concept is simple: go to a club, buy some drinks and wait for the E to kick in.

Miss E perfectly accompanies a make-out session as much as it does a party, and what better way to marry the two pastimes than with, say, E. “Read between the lines,” quips Elliott in the opening of “X-Tacy,” which is basically a commercial for the government-controlled drug. The opening track, “Dog in Heat,” finds Elliott basking in her own glow: “You know this record be turnin’ me on,” indeed. Once you get past the implied violence of Redman’s rap on “Dog,” “One Minute Man” proves that it’s equal opportunity as Elliott takes jabs at less-than-virile boyfriends.

After the dark, point-proving Da Real World, Elliott sets out to make a party album and Miss E finds her having what sounds like pure, unadulterated fun. The post-disco “Old School Joint” is a retro, bass-thumping track tailormade for clubs. Early ‘80s-style moog synth sounds squirm their way in between Elliott’s ever-sharp rhythms. “4 My People,” featuring Eve, is an unabashed ode to clubbing, with Elliott displaying her chemically-induced uninhibited side: “I wanna dance with you/And lick your face/Meet me on the dancefloor to feel some ecstasy.”

Sometime after the drugs and the sex, though, Elliott finds time to maintain her connection with Jesus on two hidden tracks. She acknowledges those who notice glaring contradictions between her music and spirituality (“Please don’t judge me if I’m not at church on Sunday”), and though Elliott’s talent for singing and rapping is admirable, her messages are more Lil’ Kim than Lauryn Hill. Other than the hidden tracks, only one slow number, “Take Away,” made it into the actual body of what is otherwise an upbeat album.

For the most part, Miss E is less R&B-oriented than it is dance-rooted. Songs like “Lick Shots” and the tabla-infused first single, “Get Ur Freak On,” are bona-fide party tracks, while the brilliant “Whatcha Gon’ Do” brims with enough cartoonish electronic sound effects to make Björk proud. “Every freakin’ year I come with something sicker,” Elliott declares in “Slap! Slap! Slap!” Quite simply, Miss E is the best electronic album so far this year.