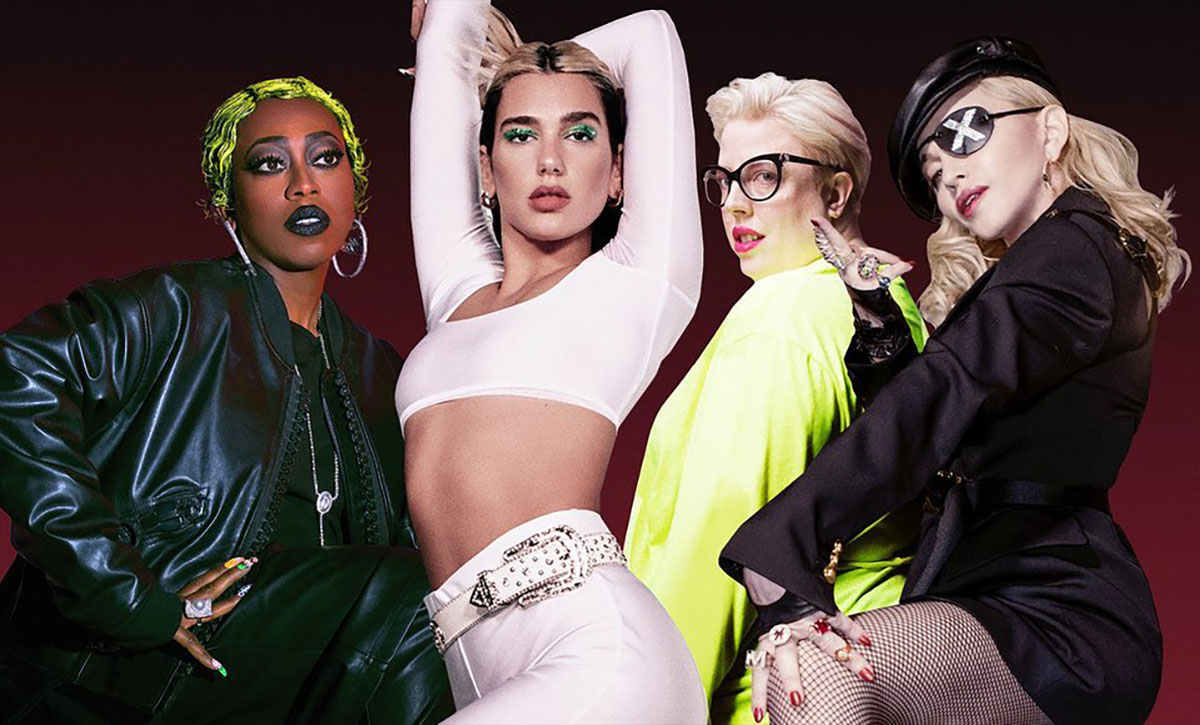 Rumors began swirling of a possible collaboration between U.K. pop singer Dua Lipa and Madonna earlier this year when the former’s manager floated the idea in an interview. Lipa has cited the queen of pop as an inspiration for her sophomore effort, Future Nostalgia, a collection of dizzying dance-floor fillers that draws on disco, house, and funk, so going straight to the source for the lead single from Club Future Nostalgia, her forthcoming remix album, feels like a natural through line.

Remixed by DJ/producer the Blessed Madonna (formerly the Black Madonna), who also helped curate and mix the entire album, “Levitating” finds Lipa trading verses with Madame X and fellow genre-bender Missy Elliott, whose early-aughts brand of hip-hop famously blurred the lines between rap, R&B, and dance. The track has been completely transformed from a midtempo pop-funk earworm into a sleek electro-disco gem worthy of Moroder or Cerrone.

Aside from some of her usual vocal tics, including a very Jody Watley-esque “Yeah, yeah, yeah,” Madonna’s voice is nearly as unrecognizable as the song itself, vibing effortlessly atop a crisp backdrop of handclaps and skittering bass, while Missy flaunts her versatility by half-singing and half-rapping an expectedly #NSFW verse.

Watch the music video below:

Club Future Nostalgia is due August 28th on Warner Records.