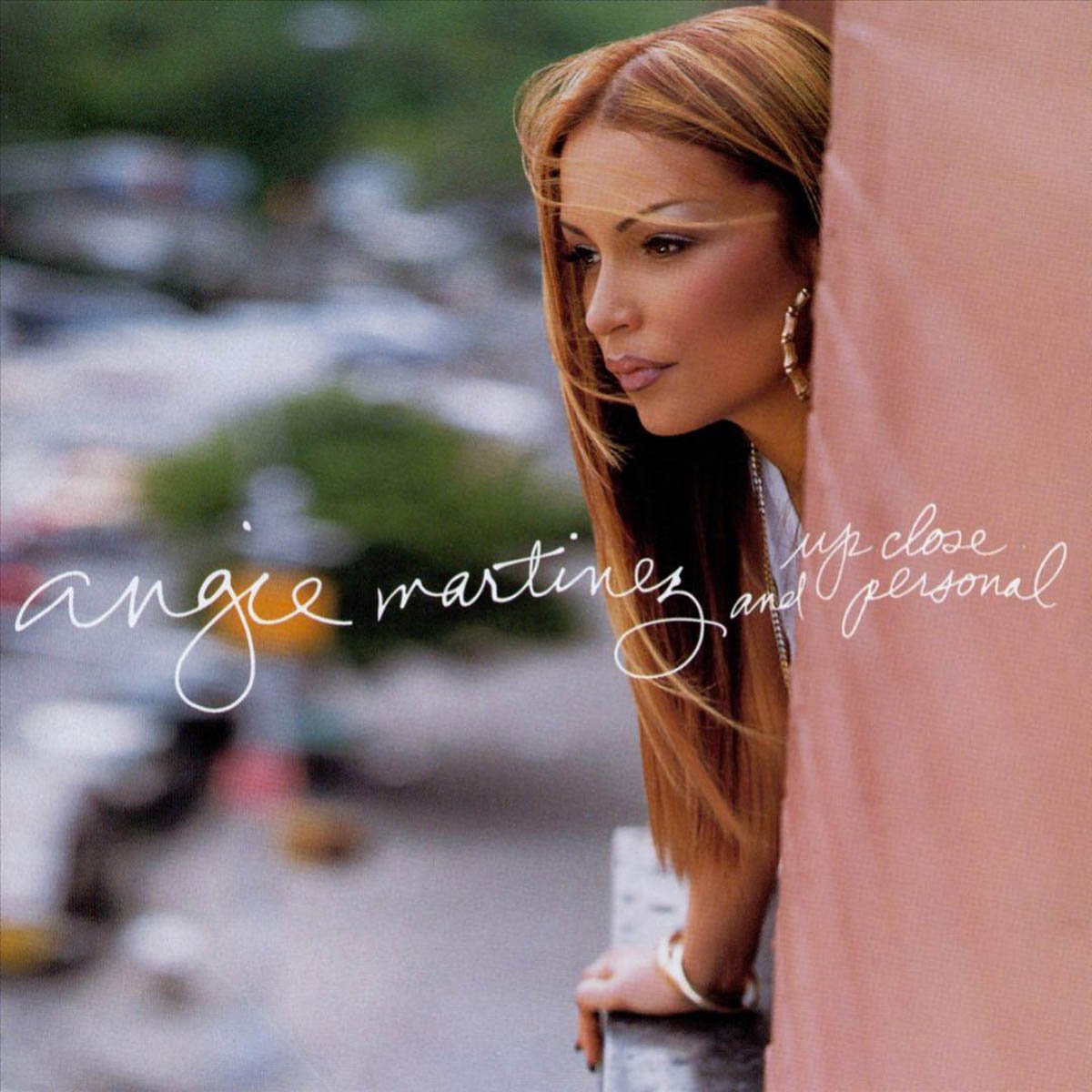 To hell with making the career move from actress to pop singer or vice versa. Angie Martinez takes the cake for making a smooth transition from radio disc jockey to respected hip-hop MC with her debut solo album Up Close and Personal. Martinez is widely known in the hip-hop community as the energetic female voice of New York’s Hot 97, and she first displayed her rhyming skills to the mainstream public on the Grammy-nominated “Ladies’ Night,” featuring Lil’ Kim, Missy Elliott, Da Brat and Left Eye of TLC. But with Up Close, Martinez steps out on her own and emerges as one of the true queens of hip-hop.

Typical of hip-hop releases, guest appearances make up a good 50% of the content on Up Close, no doubt a result of Martinez having met (and hooked up) every single prominent hip-hop figure since the early ‘90s via her gig at Hot 97. Everyone from Busta Rhymes and Snoop Doggy Dogg to Q-Tip and Big Pun are featured throughout the album. A slew of high-profile producers, including Domingo, Rockwilder and the Neptunes, lend their skills to the debut as well, but Salaam Remi, notable for his work with the Fugees, is the mastermind behind the project, stringing the album’s 18 tracks together.

“Coast 2 Coast (Suavemente)” featuring Wyclef Jean, features an interpolation of Puerto Rican merengue singer Elvis Crespo’s “Suavemente.” Domingo’s slick Latin-flavored production simply flows as Martinez delivers some of her smoothest (and silliest) rhymes on the whole album: “Funny how time flies when you’re gettin’ drunk/It’s 3 a.m. and we still ain’t had enough!” “No Playaz” is a throw-down to the average Joe and old-school R&B, featuring Remi on live bass, drums, rhodes and guitar. The track’s particularly entertaining banter between Martinez and Tony Sunshine continues on the disc’s bonus track. After his watered-down work on Janet’s All For You, it’s nice to hear producer Rockwilder back in true form on “Mi Amor,” layering syncopated beats and minimal keyboard synths. Martinez and Jay Z play off each other nicely and one can’t help thinking Positive K’s similarly themed “I’ve Got A Man” was the inspiration for the track.

Another stand-out track is “Breathe,” featuring Mary J. Blige and La India. Blige’s signature vocals are silky and distinct while La India’s alpine vocalizations bring a Middle Eastern vibe to the song. “Breathe” certainly espouses womanly empowerment but it aims a little bit higher than “Ladies’ Night,” opting for personal spirituality over sisterhood: “I just really need some time/To ease my mind and let my spirit fly.” The excessive use of profanity in “Go!! (Muthafucka),” the obligatory anti-playa track, at first seems gratuitous and Martinez’s anger doesn’t fully translate, but her rhymes are sharp and the sting in her slaps is loud and clear: “Eat shit and die/Keep this in mind, muthafucka/Wish I never woulda met your ass.”

If nothing else, Martinez proves she can rap along with the best of them—literally. Her style seems to be a mélange of her peers, but it’s not necessarily a negative path to follow. Having been immersed in the hip-hop community for almost a decade has left Martinez with a wealth of influences to draw from. The rhymes on tracks like “Live At Jimmy’s” and “Live From the Streets” conjure hints of old-school rap influences such as Salt N’ Pepa, giving Up Close a classy retro vibe.