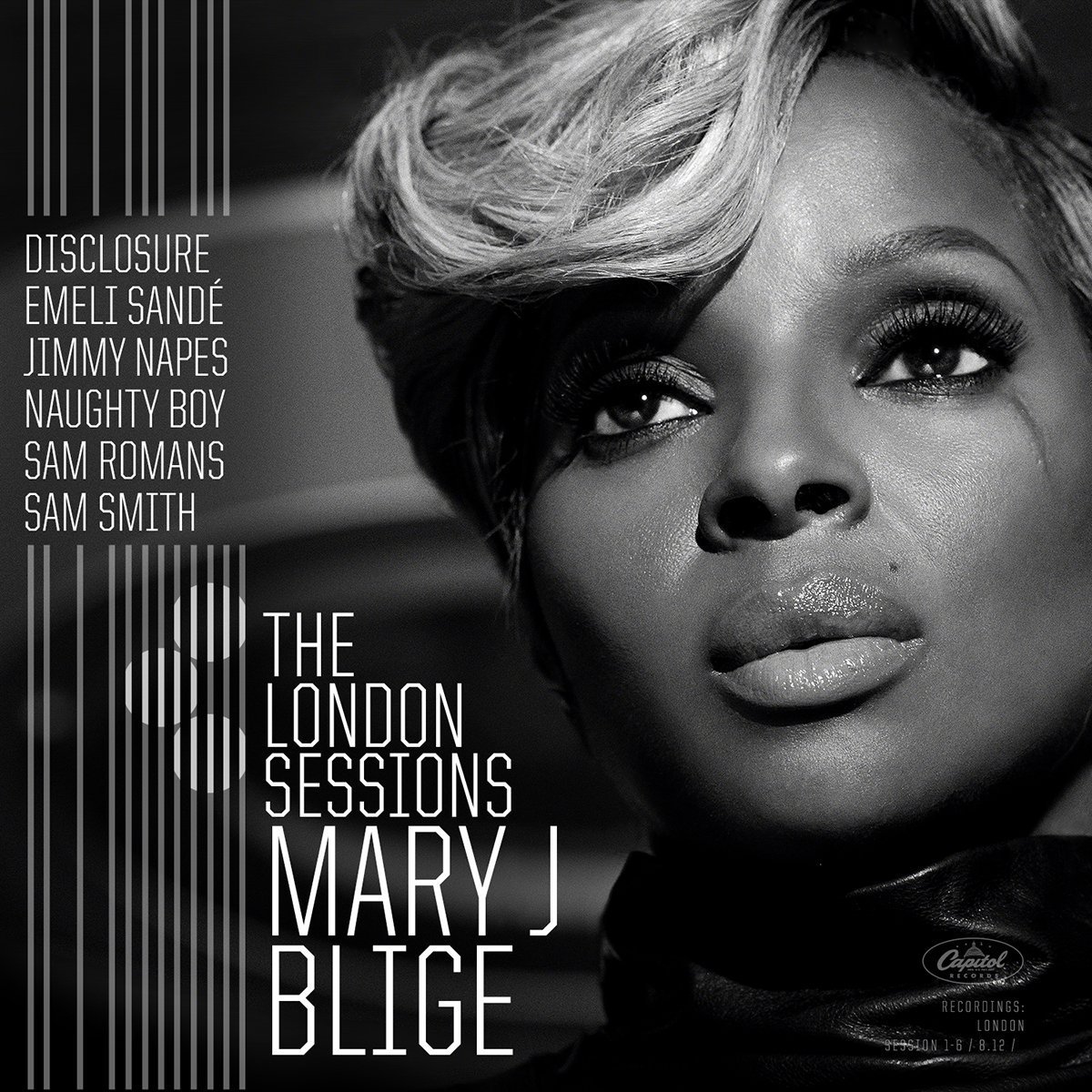 Sometimes seasoned vocalists reach out to new collaborators to shake the tree of creativity, to claw their way out of an artistic rut, or to simply explore their options. And then other times vocalists put all their chips on the hottest new faces on the scene so as to push back the expiration date on their credibility. With only a few exceptions, Mary J. Blige has never really seemed to be either type. More often than not, her songwriters and producers end up delivering subtle variations on the theme of Mary, woman on the verge of a nervous breakbeat. The London Sessions announces itself in its very title as a jaunt outside of Blige’s comfort zone—or at least as much as can be expected from someone whose entire career has been spent all too comfortably expressing raw, uncomfortable emotional outbursts.

The album marries Blige’s paroxysms with collaborators as varied as Sam Smith, Emeli Sandé, and the not even remotely British Rodney Jerkins and Disclosure. (It seems evident that Blige got the idea for the project from her appearance on the latter party’s remix of “F for You.”) A breath of fresh air? Sure. Calculating? You bet your Grammy. Ironically, though, the album’s very opening track lays the incongruity of the enterprise bare. “Therapy,” written by Blige, Smith, and Eg White (most notable for his work with Adele), is pitched as an Amy Winehouse tribute. The song’s full-throated doo-wop rhythms sound considerably like “Rehab,” but Blige’s refrain lacks Winehouse’s very Brit sense of irony: “Why would I spend the rest of my days unhappy?/Why would I spend the rest of this year alone/When I can go therapy two times a day?” Unless Blige is lowballing that estimate.

It takes a measure of patience to get beyond the album’s first 15 minutes (climaxing with “When You’re Gone,” which confirms that Blige’s significant other never actually is). Only then does the singer actually dry her tears and kick off with the first Disclosure track, the loping, wonk-house “Right Now,” and Jerkins’s no-muss-no-fuss R&B house anthem “Loving You.” The latter, in particular, isn’t so far removed from other disco-revivalism efforts from Blige’s recent past, but at least here its sincerity makes for a gloved fit. So, too, do the two tracks co-penned by Sandé. “Pick Me Up” unites one of Blige’s signature Prozac-spiked happy jags with Bizarre Inc.-style piano house and a winningly nerdy soprano sax line. And with lyrics like “Summer came in search of blood…Spring punched me right in the stomach,” “Whole Damn Year” comes off like a whole damn CAT scan peering deep into Blige’s addiction to malignant melancholia.

But even that can’t quite mask the album’s unsavory undercurrent of self-satisfaction. Brazenly, The London Sessions’s very own interludes (audio snippets of interviews with the album’s supporting cast) rave about how great the album is. It isn’t more than the sum of its highlights, but on the surface, it’s fun. Like a diary written in a bunch of different, eye-catching fonts.

Madonna’s “Rebel Heart” & “Wash All Over Me” Leak in Full