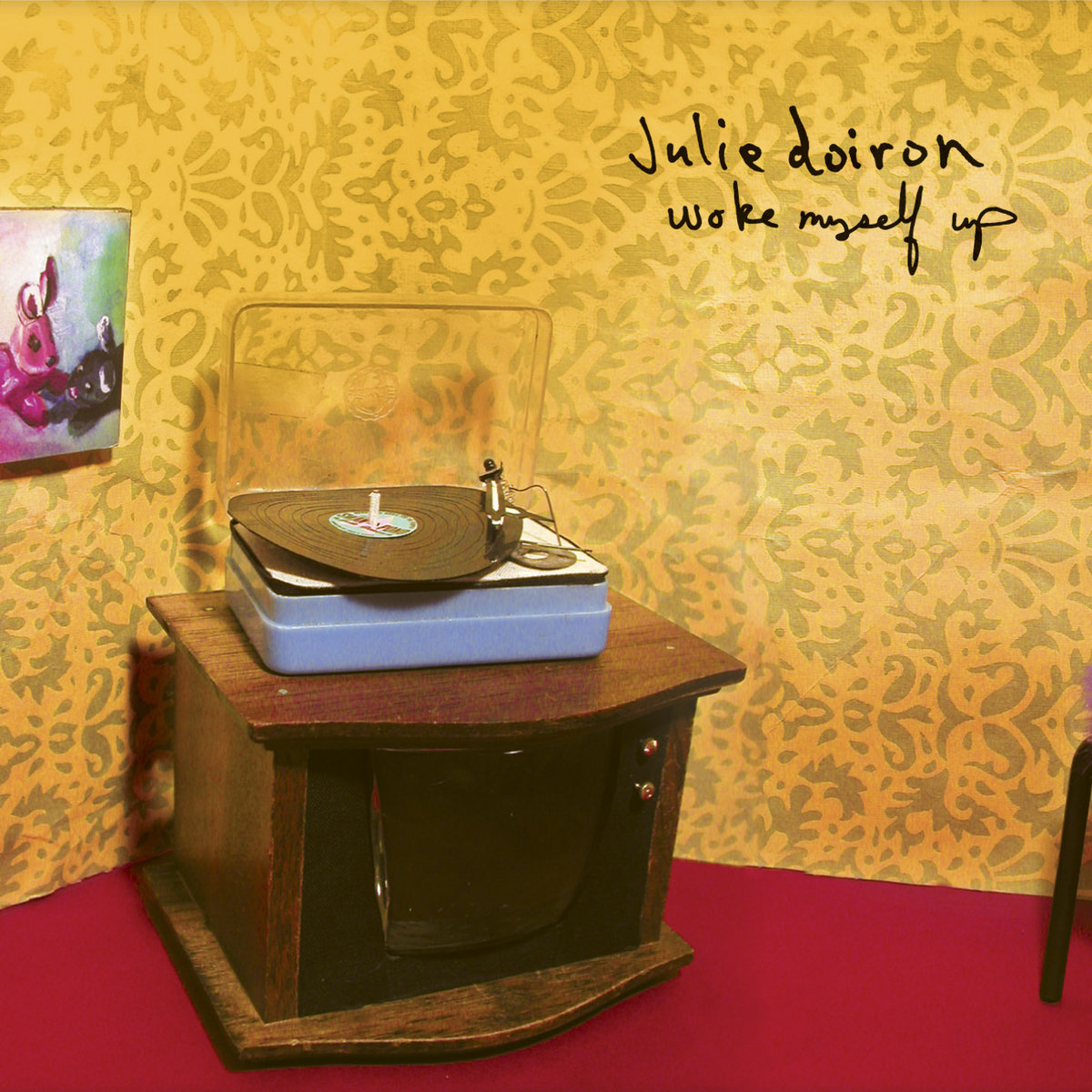 Singing mom Julie Doiron, former bassist for the now-disbanded Canadian indie group Eric’s Trip, returns from a short hiatus with Woke Myself Up, a rather trebly but fine-tuned acoustic recording produced by Eric’s Trip’s Rick White and featuring members of the band playing on all but three tracks. What, at first, seems to be a domestic-themed release (the title track spins an ostensibly autobiographical yarn about a sleepless mother who weeds, reads, and helps her fallen daughter back into bed in the middle of the night) ultimately reveals itself to be a collection of broken love songs. “When we’ll pass on the street/I won’t look away if you don’t look away,” she sings on the short and sweet love poem “You Look So Alive,” while “The Wrong Guy” finds her kissing a man she shouldn’t (or doesn’t want to). Doiron’s sometimes off-kilter vocal arrangements are a perfect match for her lyrics. There’s a palpable sadness, even defeatism, to these songs (most striking on the eyebrow-raising “Don’t Wanna Be/Liked By You,” in which she intones, “We’re all screwed anyway/‘Cause Greenland is melting”), surprising coming from a devoted mother—but not from a sadcore folkie.