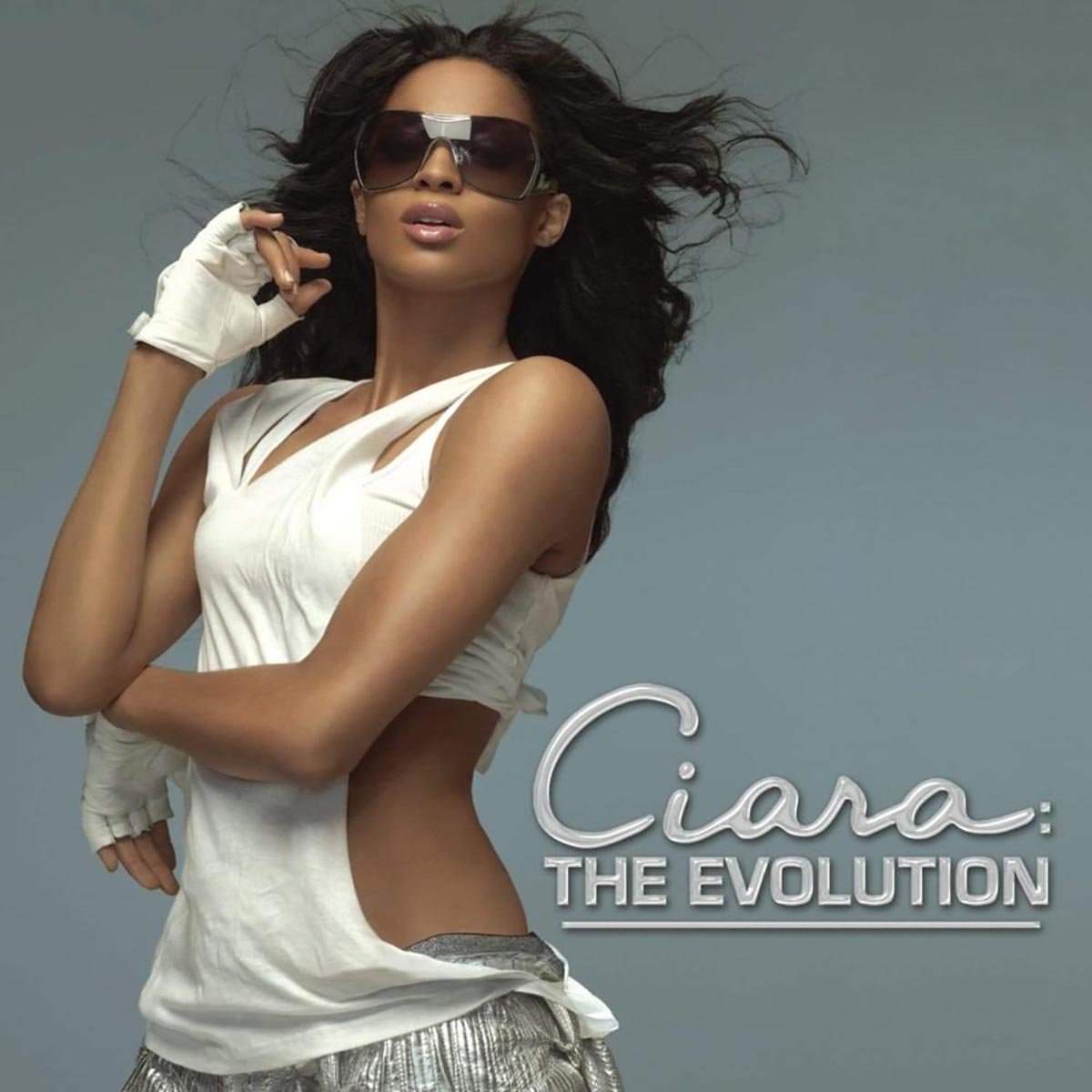 The only thing more annoying than artists who feel the need to provide definitions for their album titles in the liner notes (hey, Mimi!) is awkwardly personal spoken-word interludes. Ciara commits both offenses on her sophomore disc Ciara: The Evolution, nonsensically expounding on the evolution of music (“When I listen to the radio I feel like music is so much different than what it used to be”), dance (“The first day I began walking was the first day I began dancing”…seriously?), and fashion (“Dare to be different”). I would say she should leave the bumper-sticker philosophizing to Oprah and Tyra and stick to singing, but she doesn’t excel at that either. Thankfully, she’s surrounded by the “best” in the business and The Evolution has been conceived and sold (over 300k in its first week, to be exact) as a must-have for R&B fans. The album’s lead single, “Promise,” is decidedly different from Ciara’s previous hits, an indication that she is, in fact, evolving—at least in terms of marketing. The Polow Da Don-helmed track (his contributions here, including the sickly dense “Bang It Up,” almost redeem him after the mess that was Fergie’s “London Bridge”) is yet another example of a producer doing Prince better than Prince is doing Prince these days. “I Proceed,” with its shades of vintage Janet, also help The Neptunes atone for an ever-growing string of hits with short shelf-lives. Even the usually garish will.i.am is in fine form here with the inventive “Get In, Fit In,” an inspirational track that actually motivates by example. The evolution of dance music that Ciara aims to spotlight, however, is upstaged on tracks like “Make It Last Forever”: By sampling a James Brown song that was first popularized by Rob Base & DJ EZ Rock on their hip-house classic “It Takes Two” and then simply regurgitating some of that track’s rhymes, Ciara and producer Rodney Jerkins give no indication of R&B’s present or future interest in dance music besides nostalgia for the ‘80s.

Review: Julie Doiron, Woke Myself Up