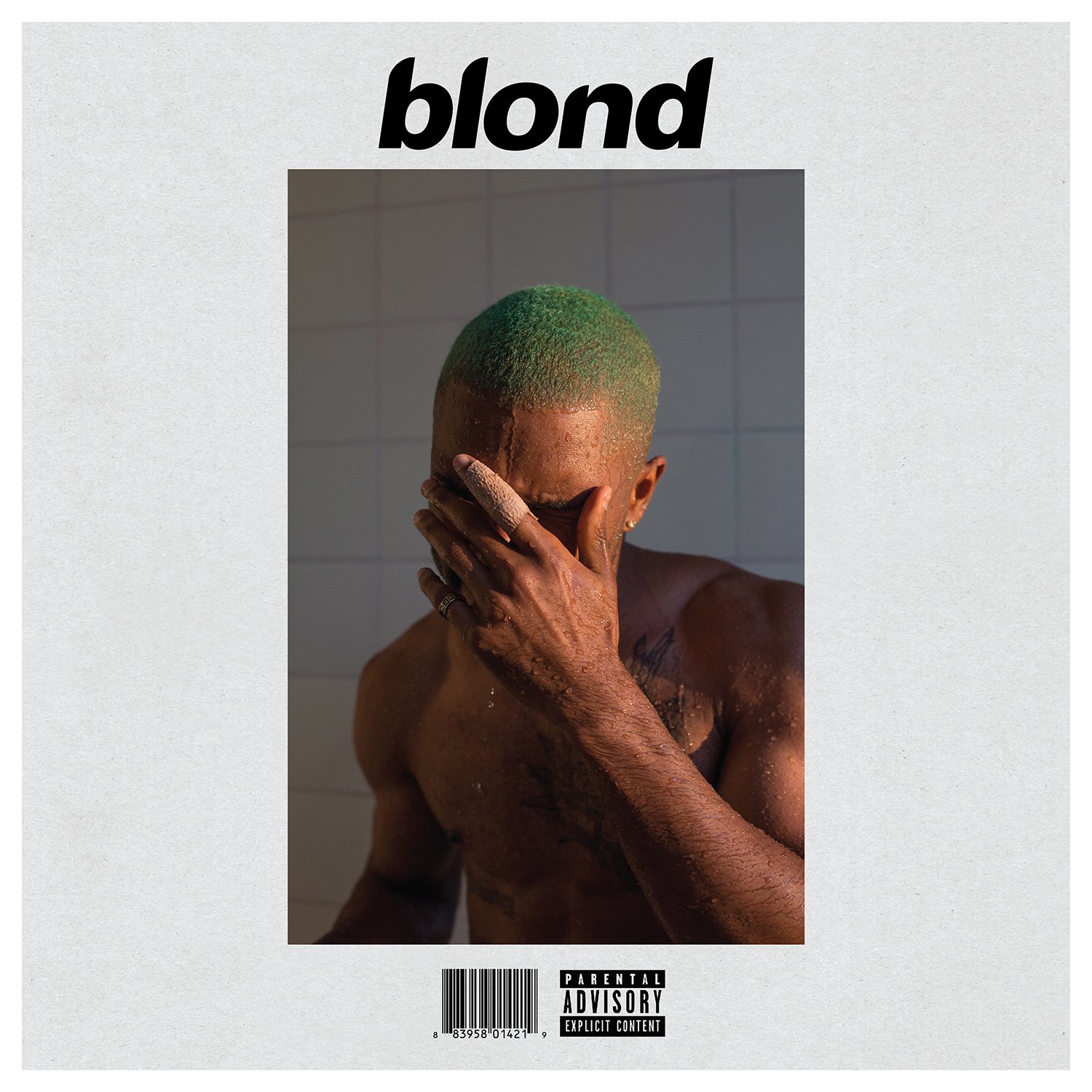 It’s easy to look back fondly on the days when albums simply arrived as scheduled, following a circumscribed period of promotion and anticipation. Now they seem to materialize out of the ether or through clouds of manufactured smoke. Yet as exasperating as this process can be, it also provides another outlet from which the personality of the creator can manifest. In the last few months alone we’ve witnessed Kanye West’s frenetic, endlessly edited discharge of The Life of Pablo; the final, funereal burlesque which played out around David Bowie’s Blackstar; and Beyoncé’s magisterial Lemonade, a multimedia event that both addressed and amplified personal controversies, reasserting her command over her personal narrative.

Frank Ocean isn’t quite on par with those icons, but his cult popularity seems on the cusp of breaking through to outright stardom, partially thanks to the mounting excitement over the follow-up to 2012’s ambitious Channel Orange. Ocean has handled the hype by keeping a low profile; in the last four years, he’s appeared out of the woodwork for the occasional guest spot, otherwise concealing himself to the shadows, presumably laboring over some meticulously conceived masterwork. He spent the last weekend finally revealing that work, in dribs and drabs, a progression that seemed to distill his twinned fixation and discomfort with the spotlight. The ultimate result is a proper album paired with a phantom version of itself.

Endless, the surprise “visual album” that no one expected, ends up literalizing the prevailing image of Ocean as a lonely craftsman toiling in isolation, constructing a handmade stairway to heaven while sounds of his own musical ambivalence resonate around him. This isn’t to disparage Blonde, which is, in most respects, every bit the rich, densely layered album fans were expecting. “I got two versions. I got twoooo versions,” Ocean posted on his Tumblr last year, and the line appears on lead single “Nikes,” which significantly features two competing Ocean vocals—a pitched-up, chipmunk squeal and an earthy basso rumble—engaged in an uneasy call and response. Further doubles soon emerged, namely that the album version of “Nikes” is different from the single (the former retaining only the high vocals), a disparity mirrored by minute variations between the copies of the album sold online and those issued physically via a commemorative zine. There’s also the matter of typography, namely the official title “Blonde,” versus the stylized “Blond” of the album’s cover—another small change that hinted at deeper gender and sexual divisions contained within the album itself.

In apparent defiance of all these formal twists and turns, Blonde initially seems pretty conservative, foregoing the byzantine neo-soul of Channel Orange in favor of the wistful, gauzy rhythms of 2011’s Nostalgia, Ultra. This reorientation of approach occurs particularly in Ocean’s focus on ephemeral joys and summertime sadness, with dreamy, elusive songs operating in a pensive mode. Yet despite its surface similarity to previous work, Blonde stands out as a testament to Ocean’s songwriting prowess, which has developed here into the foundation for his most mature work yet.

Ocean continues to excel as a singer who doesn’t work in hooks, but textures and tones, a mode that becomes even more prevalent here than on Channel Orange, which still made repeated entreaties toward pop grandiosity. Like Chance the Rapper’s recent Coloring Book, this is another non-traditional, gospel-influenced testimonial alternately avoiding and surrendering to the pitfalls and expectations of fame, a stance that’s fitting considering how rapidly those expectations are shifting. While Ocean’s previous album was about currency of the monetary and interpersonal sort (specifically the terrifying prospect of suddenly possessing a whole lot of one and a transformed relationship to the other), this one digs inward to examine issues of identity and personality in the shadow of growing recognition.

What results is a subtle study in duality, anchored by a single overt guest appearance—Andre 3000’s prickly, gymnastic verse on “Solo (Reprise)”—that, like an abstract of the album in miniature, manically splits off in a dozen topical directions at once. Along the way we get a burbling, organ-anchored breakup song (“Solo”), a bouncy, buoyant remembrance of lost love (“Pink and White”), and an orchestrally tinged, Elliot Smith-quoting ballad (“Siegfried”).

Yet in the wake of all the lead-up to the release of these albums, one must ask whether all the fuss around the release means anything, and whether the music itself has any substantial connection with the promotion leading up to its release. In this case it does, particularly because the essential content of Blonde is so focused on the travails of living inside the bubble of modern celebrity, where every movement is stage-managed to death, and every gesture, comment, and action is repeatedly run over with a million fine-tooth combs. It’s a state of affairs that in many ways corresponds, on a much larger scale, to that experienced by the non-celebrity, for whom so much of the formerly confidential process of living has been dragged out of the private sphere, and where issues of self-definition and public presentation become even more loaded for how visibly they must be handled.

Blonde’s weekend-spanning rollout, fracturing what might have been a simple double-album drop into a spectacle of feet-dragging reluctance and soulful perfectionism, thus reflects all of the vulnerability, charisma, and fear of Ocean’s persona, dovetailing with the tangible expression of heart-baring humanity found in his music. Oppositional meditations on such everyday angst, the two works function as ideal companion pieces, one focused on the ephemeral, the other on the infinite. Endless, at first glance just a collection of castoffs dumped in anticipation of the proper album release, ends up functioning as both a cold, assured companion piece to the warm, scattered expansiveness of Blonde, and a singular accomplishment of its own.

On Blonde, the woozy, kaleidoscopic “Nikes” is eventually contrasted with album closer “Futura Free,” a mixed-emotions chronicle of success that again finds Ocean utilizing a modulated voice, thrilling over accomplishments and second-guessing past decisions. The song closes with old audio of Ocean and his OFWGKTA cronies goofing off, the album’s third example of a repurposed sound clip (after spoken interludes “Be Yourself” and “Facebook Story”), each one striking a similar note of melancholic loss. Meanwhile, Endless, true to its name, doesn’t exactly end, its infinite stream folding back over to the place where it started, with the questionable inclusion of Wolfgang Tillmans’s archly robotic “Device Control.” It does, however, include the key line on the ambling Isley-Brothers-by-way-of-Aaliyah cover of “At Your Best (You Are Love)”: “When I don’t have the strength/I’m just a mirror of what I see.”

Across two equivalently accomplished albums, themselves situated in a nested continuum of mirrored textures, ideas, and emotions, Ocean is repeatedly depicted as a figure of conflicted intensity, unsure of how to present himself musically, while intuitively aware of how to express that confusion. His music, and all the attendant stagecraft around it, is a mirror as well, one that reflects a young artist exposing as much of himself to public scrutiny as he can bear, while also struggling to keep something to himself.

Macklemore, Warped Queer Advocacy, and Why Dallas Buyers Club is One of the Year’s Worst Films