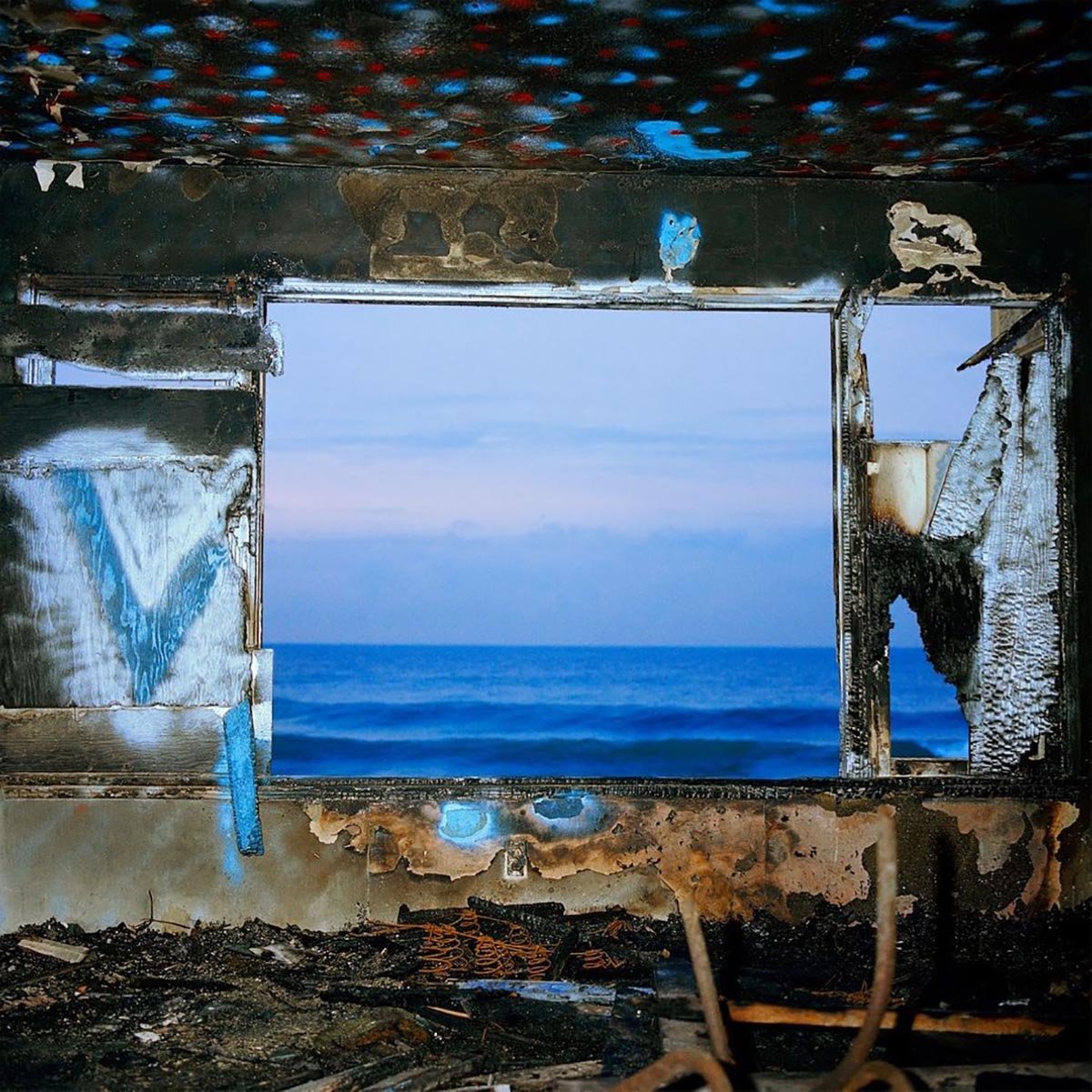 Over the course of six albums, Deerhunter has created an immaculately crafted body of work that has at turns invoked shoegaze guitar fuzz, Southern-gothic spookiness, found-sound ambience, Phil Spector’s Wall of Sound, post-punk’s rhythmic ebb, reverb-soaked dream-pop, and, on 2013’s Monomania, scuzzed-out yet glam-leaning swamp blues. Rather than assembling a piecemeal aesthetic, however, Bradford Cox and his bandmates have managed to sound like nobody but themselves, even when they indulge their most outré impulses.

Fading Frontier, the band’s seventh album, isn’t the wooly and wild left turn its predecessor was, but instead is, as Cox describes it, a “very domestic” effort. Sonically, this means liquid guitar tones, soft droning organs, and bountiful vocal harmonies that fade into each other like vapor trails. Atop a glitchy drum machine, “Living My Life” combines these elements into a meditation on loneliness and stasis. “I’m off the grid, I’m out of range,” Cox sings, and for someone who’s often combative in interviews, it sounds like he relishes the alienation.

Though Cox insists time and time again that the cryptic lyrics in his songs have very little autobiographical content, “Duplex Planet” seems to refer to his convalescence following a nasty hit-and-run accident in late 2014. “I don’t want to go/Back again to the old folks’ home,” he yearns, while loping snares and an almost harpsichord-like melody accompany references to mundane self-reflection (“Dreaming on the way to work/Dreaming on the way across the road”), as if Cox is pondering his own mortality and legacy. The sparse, spacey piano dirge “Leather and Wood” is similarly bleak, casting better-days optimism in a ragged, resigned vocal melody that implies that such aphorisms are for naught: “I believe that we will find that elusive peace now/I can’t believe that there’s no hope.”

It’s not all doom and gloom though. “Snakeskin” is a garage strut that plays like a sanded down Monomania outtake, with castanet flourishes and a funky rhythm that suggests slow motion in the way that it goes in and out of time with Moses Archuleta’s drums. The Lockett Pundt-led “Ad Astra” is placid sci-fi, with its subtle theremin and radio static combining to create an atmosphere that’s more in awe of the universe’s vastness than, as on the dystopian “Leather and Wood,” crushed by its weight. And “All the Same” rides stately arpeggios and psychedelic organ until Cox delivers the best verse of the entire album, which begins as kitchen-sink drama (“My friend’s dad got bored/Changed his sex and had no more/No more wife, no more kids/Nothing left to live with”) before flipping it on its head into a statement on self-actualization (“You should take your handicaps/Channel them and beat them back/Until they become your strengths”).

Given the strength of Deerhunter’s back catalogue, Faded Frontier has the potential to be taken for granted. It’s as professional and polished an album as this band has produced, running the risk of being labeled safe or predictable. But consider “Breaker,” which starts minimally, with a basic drumbeat and chords that alter subtly throughout the verse until they bounce against the empty space with muscle and heft. Then the chorus comes in and Pundt and Cox’s voices mesh seamlessly with the atmosphere, sounding endless before giving way to an angelic coda whose synthetic string psychedelia wouldn’t be out of place on an Oasis ballad. It’s a near-perfect pop song, and if this is the sound of a band coasting, then they’re operating on such an elite plane that we should just appreciate that they bother handing in anything in at all.