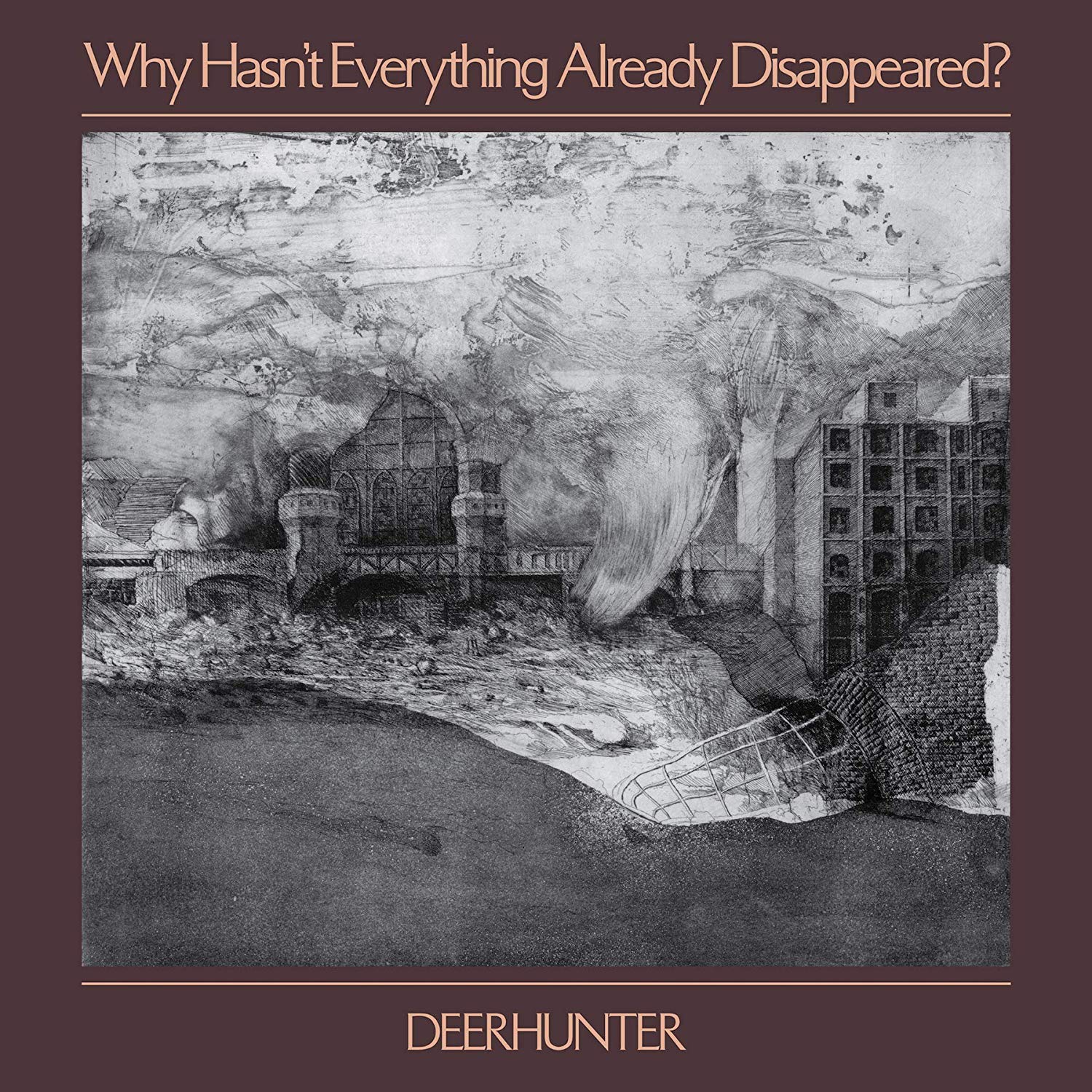 Deerhunter’s discography is both large and remarkably consistent enough that one could easily resort to pithy, oversimplified descriptors to point out the distinctions that separate one album from the next. The Atlanta-based rock band’s eighth effort, Why Hasn’t Everything Already Disappeared?, may very well be remembered as their harpsichord album. Even though it only appears on two songs, the instrument has such a distinct tone, so unusual and unexpected in contemporary rock and pop that it’s easy to misjudge its prominence in the album’s overall timbre.

This is a Deerhunter album, so closer listening reveals much more going on beneath the surface. To be fair, though, Why Hasn’t Everything Already Disappeared? isn’t as viscerally challenging as many of the band’s prior efforts. Halfway through, in fact, you might begin to wonder if mastermind Bradford Cox has lost his taste for provocation. Even putting aside his abrasive public persona, Cox has always thrived on reinterpreting his classic-rock influences in wobbly, off-kilter, reverb-soaked fashion. These songs—with their chummy acoustic guitars, clean vocals, plush melodies, and, of course, that harpsichord—just sound like the Kinks, with few qualifiers needed.

But just because Ray Davies was the first to pair jaunty, baroque-sounding pop songs with often dark social satire doesn’t make the approach any less powerful or subversive when taken by Cox. The bouncy harpsichord in “Death in Midsummer”— played by Welsh singer-songwriter Cate Le Bon, one of the album’s four credited producers—is the song’s most immediately distinguishing feature. When juxtaposed with heavy, foreboding piano chords, the resultant tonal clash is captivating, especially when that tension periodically explodes into climactic bursts of sustained guitar.

On that track, Cox’s voice exudes pure dread as he sings about lives extinguished before achieving any real purpose, inspired by a photo of carnage in St. Petersburg during the Russian revolution: “Some worked the hills/Some worked in factories/Worked their lives away.” And yet, the amiable harpsichord chugs along even as the rest of the track threatens to swallow it up, like hope in the face of horror—or is that ignorance and delusion?

There are only a couple of other songs on which there’s a comparably discernable sense of doom and gloom—like the captivatingly off-kilter “Tarnung,” with its hauntingly dark melodic percussion and Javier Morales’s smoky sax. That feeling isn’t nearly as easy to detect in either the lyrics or the music of songs like “No One’s Sleeping,” despite the fact that it was inspired by the 2016 assassination of British MP Jo Cox by a far-right nationalist. In fact, the keyboards on that song are so cheery, and Cox’s singing so relaxed and melodic, that it’s possible to completely miss him singing about how “In the country/There’s much duress/Violence has taken hold.” “Plains” also effectively disguises the gloominess of its subject matter, pairing a strutting new-wave arrangement with lyrics inspired by James Dean’s experience filming Giant just before his death. It’s in the almost hidden contrasts of these songs that Deerhunter hits on a powerful formula for songcraft.