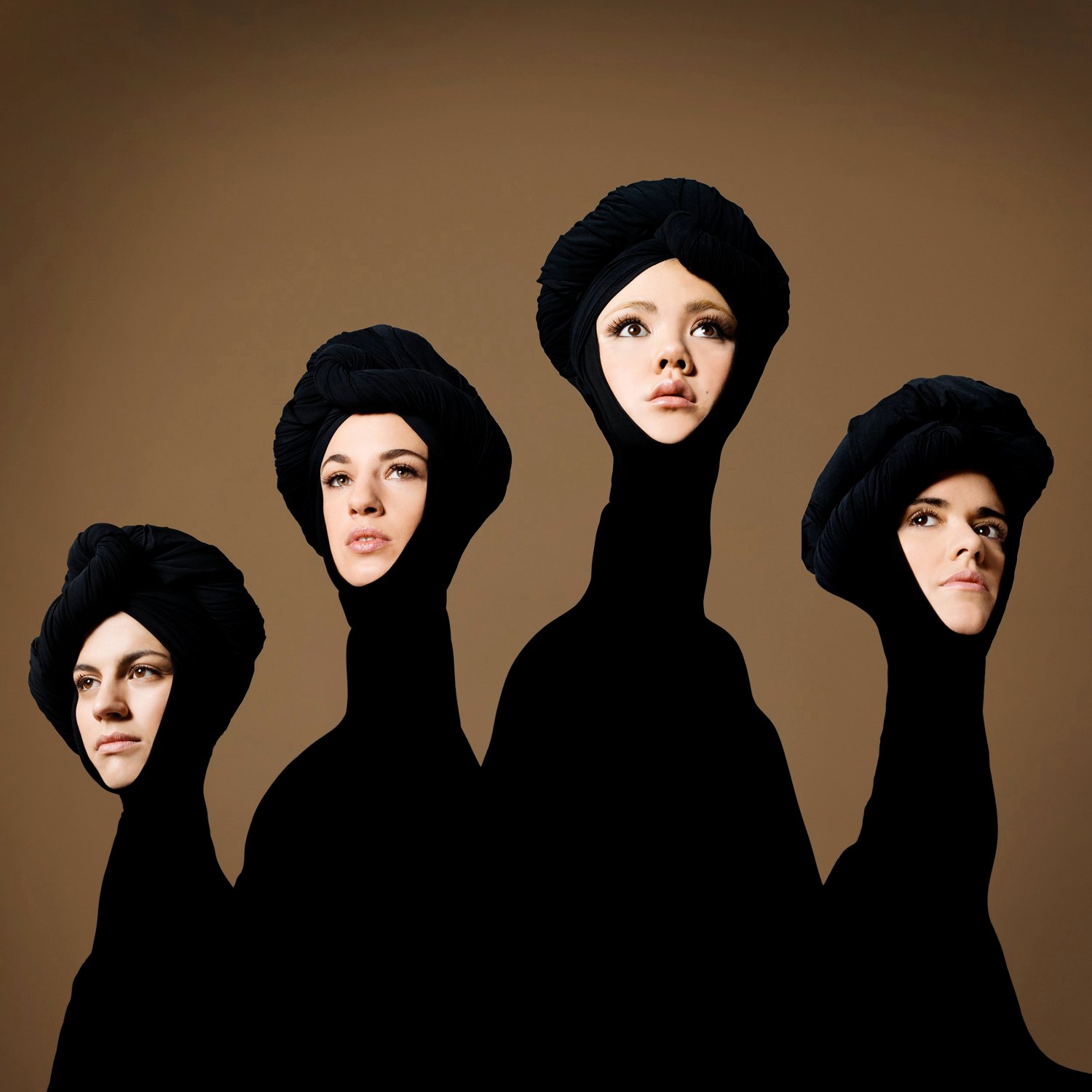 By now, it’s clear CSS vocalist Lovefoxxx is perfectly adept at anchoring either emotion-avoidant electro-tinged soundtrack sleekness (“Nightcall,” the call to order for Drive) or sending spangled neo-disco love songs into the pink stratosphere (“Heartbreaker,” her collaboration with Steve Aoki and, in a perfect world, the song of last summer). Her Björkian voice can volley from stridently discordant to deliberately wraithlike in the space of a few bars. Within the sonic universe of CSS (who, with their fourth album, Planta, are emerging from the contentious departure of the band’s only male member, Adrian Cintra, who claimed his cohorts didn’t appreciate his contributions and couldn’t even play their own instruments), she usually opts for the harsher side of the spectrum, and it plays well. As one quick listen to the band’s embarrassing drum-circle cover of Daft Punk’s “Get Lucky” reveals, this girl group doesn’t exactly do pretty. “I got tired of being sexy,” indeed.

But onward and upward, as Planta’s black-mass/green-thumb cover art implies, not to mention that batch of photosynthetic song titles (i.e. “Wild Flowers,” “Into the Sun,” “Too Hot”). In Cintra’s absence, the group headed to Los Angeles and called on the production services of TV on the Radio’s Dave Sitek, who helped them turn in one of their most focused efforts to date, with a little extra help from Gossip’s Hanna Billie on the punk-dizzy “Dynamite.” Sitek’s sound is spare without being anemic, warm without being approachable. If this is how Paulistanos settle into Los Angeles, it’s not so far removed from how anyone from any American city do so either, with equal parts dazed capitulation and heightened ironic contempt.

“You called me first thing in the morning/Your excitement could not be held or bared/Last night, nothing really happened/But you wanted me to have been there,” opens “Wild Flowers,” like Joan Didion profiling Aubrey O’Day on a promotional push. “You give me something so beautiful it makes me want to run” is the volatile and flaky exposition of “Faith In Love.” And then, of course, there’s the entirety of “Frankie Goes to North Hollywood,” a lament for a way of life—smoking pot, watching pick-up sports, playing YouTube roulette, speculating on mutual friends’ sexuality—that has supposedly been knocked flat by the recession. (Hey, it might just be me, but I feel like the recession has only increased my friends’ reliance on cheap forms of entertainment.)

Throughout, CSS evinces a half-step remove from their transplanted environment. “Nobody goes on dates, they call it a ‘hangout,’” Lovefoxxx laments on “The Hangout.” In fact, she damn near opens the album, on “Honey,” with the statement, “I can’t wait to go back home.” And yet, where better than the Strip to unleash the “Teenage Tiger Cat,” a zonked-out Zoobilee Zoo in which Lovefoxxx likens pole dancers to polar bears and threatens to get “rowdy rowdy uuuhhhh, rowdy rowdy rawwwrrr”? Most of Planta comes off as a moment of respite, but most of their fans will allow them the moment.

Review: Gold Panda, Half of Where You Live