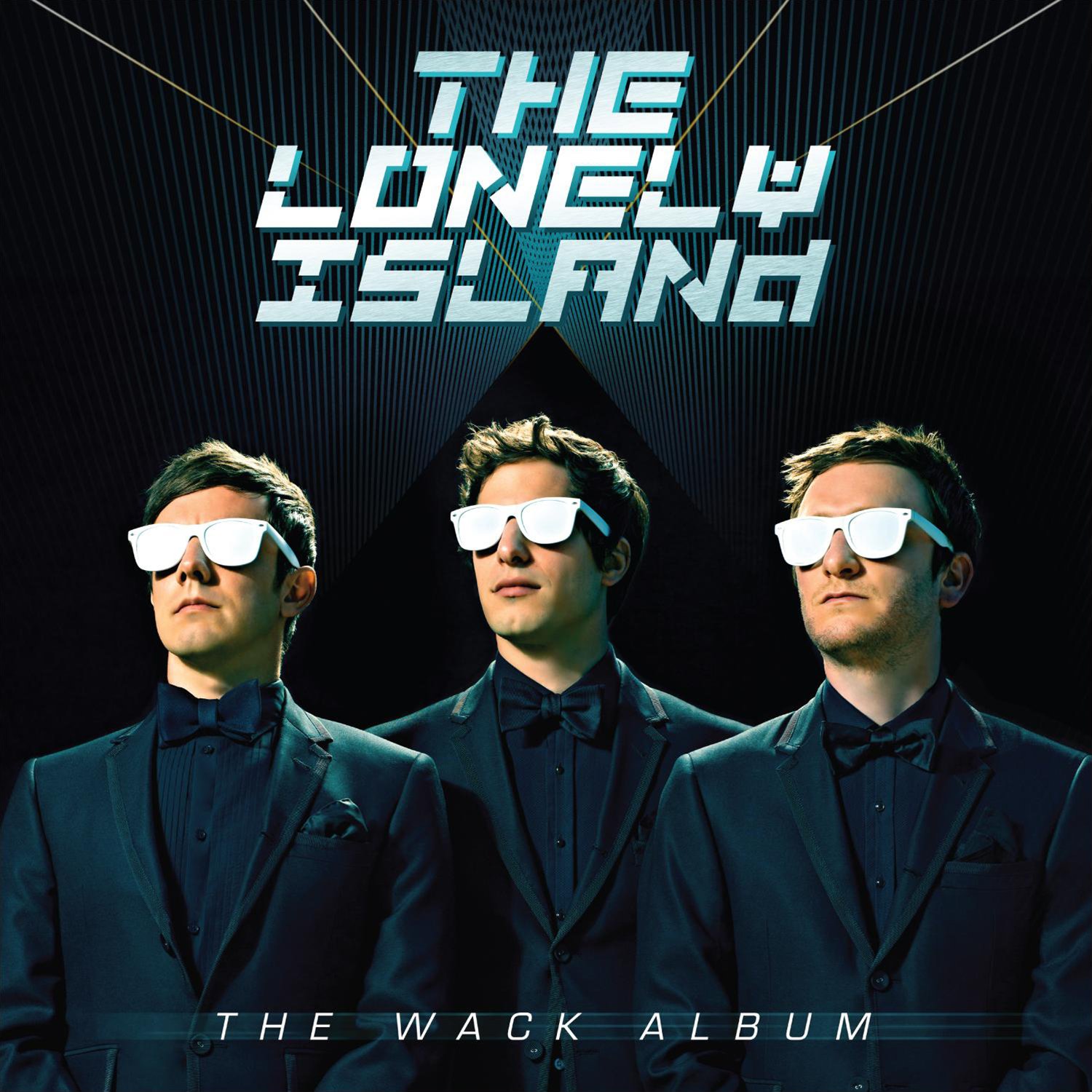 While inhabiting cartoon-ish alternate personae capable of spitting copious punchlines per verse, the Lonely Island display a masterful command of multilayered self-parody, cleverly gesturing toward the absurdity of their own existence as an artistic phenomenon. Why are these white guys in hoodies rapping about cupcakes? Why would anyone put one’s dick in a box? Comprised of SNL veterans Andy Samberg, Jorma Taccone, and Akiva Schaffer, the Lonely Island has managed to harness their musical and comedic chops (and their ability to rope in one clutch guest appearance after another) to maneuver along manifold lines of cultural satire and avoid becoming just another gimmicky novelty act.

Though the songwriting on the Lonely Island’s third effort, The Wack Album, contains enough surprises to keep the material feeling fresh, the standout tracks are built around comedic strategies that feel very familiar. One approach, a la 2010’s “I Just Had Sex,” finds the trio making fun of their own nerdiness by obliviously failing at said nerdiness: “Semicolon” promises to send up pretentious grammar-geek anthems like Vampire Weekend’s “Oxford Comma” until we find our own suspicions confirmed that they’re actually using the semicolon improperly. Another approach is evident in songs like their viral hit “I’m on a Boat” and The Wack Album’s “The Compliments,” which pair the Lonely Island with actual rappers (T-Pain and Too $hort, respectively) and, in doing so, draw attention to hip-hop tropes (a fondness for blinged-out yachts and insulting other rappers) and, implicitly, to the trio’s own whiteness. In another ubiquitous template, the Lonely Island aggressively advocates for a new term or concept: “3-Way (The Golden Rule),” featuring Lady Gaga, assures bi-curious bros everywhere that “It’s not gay in a threeway.” Because “3-Way” speaks back so directly to the previous “Mother Lover,” it falls flatter than most of the other songs on the album.

The Lonely Island’s richest narrative method features the trio gleefully vamping alongside a music-industry pro—Michael Bolton in “Jack Sparrow” and Maroon 5’s Adam Levine in “YOLO”—while explicitly satirizing a particular genre convention. Belting the choruses, Bolton butchers exactly the type of power ballad that he perfected in the ‘80s, while in the verses, the Lonely Island telegraphs their disappointment in his performance. “YOLO,” in which Levine jams out to a pop-rap confection that sounds exactly like a Maroon 5 song, is particularly intriguing because one wonders to what extent he’s in on the joke; as ridiculous as the song remains throughout its three-minute run, it traffics in exactly the type of market-driven cheese that’s catalyzed Levine’s own success. Such metacritical winks reflect the complexity that underlies the Lonely Island’s finest work.

Even when the trio’s writing is at its best, one wonders to what extent a given song’s comedic effect depends on the visual jokes made available by the music-video format. (So far, six of The Wack Album’s 20 tracks are available on YouTube.) The audio track for “Dance Rehearsal” lacks the satirical potency of its accompanying video, where non-sequitur hashtags flashing across the screen poke fun at Instagram nonsense and YouTube advertising.

The album’s closer, “Perfect Saturday,” however, should remain a purely aural artifact, as it optimizes exactly the type of human-voice/fart-sound mash-up that defined predecessor Adam Sandler’s songs. Just when you fear that the Lonely Island is reaching too greedily for low-hanging fruit, Samberg interjects a typically self-parodying rant that renders the track just as self-referential as the others: “Yeah motherfuckers!/You didn’t think you were going to get out of this without a fart joke, did you?” Despite its occasional lapses into overly familiar territory, The Wack Album proves there simply isn’t anyone out there who executes this strain of musical comedy with as much satirical precision as the Lonely Island.