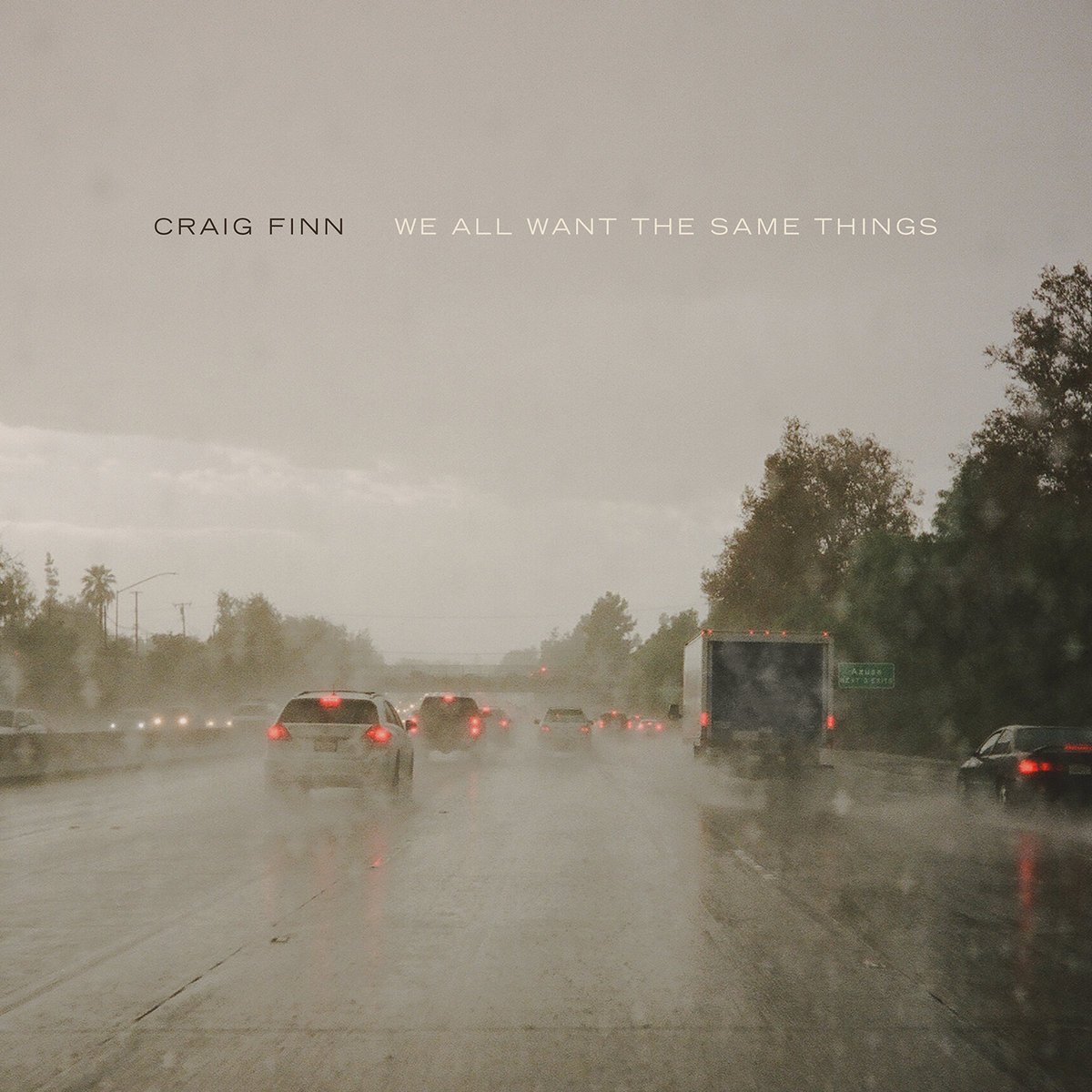 After six releases with the Hold Steady, three with the defunct Lifter Puller, and, now, a third solo album, Craig Finn sounds as comfortable as ever in his own skin, clear about both his craft and vision. Throughout We All Want the Same Things, he largely stays in his lane, though he slyly risks finding new wrinkles in a familiar sound. He still writes wordy songs set in the Twin Cities, about characters feeling adrift and looking for meaningful connections, but they don’t sound as stoic in their stabs at heartland rock as they did on Finn’s previous solo efforts, which were less vibrant and varied.

The album’s opening track, “Jester & June,” begins with the skronk of a saxophone, more Ornette than Clarence Clemons, even as the song quickly congeals into a shimmering anthem, complete with some wah-wah guitar, stately harmony vocals, and the cling and clatter of hand percussion. Finn sports some new sonic threads here, but he’s still chasing after his muse down the same back alleys, through dive bars and empty parking lots, trying to get a glimpse of that special something that once gripped the song’s two characters but, as things often do in life, deteriorated with time.

One of the album’s themes is how desire pulls us together but how our own uncertainties sabotage most attempts at a real connection. “Preludes,” the closest Finn comes to offering a manifesto, is a sleek, propulsive pop number that finds its narrator returning home after a long time away. “Things have progressed and got strange,” he observes. Through it all, he repeats his belief that “God watches us,” and it’s not really clear who he’s trying to convince.

Sometimes, We All Want the Same Things hungers for the kinetic energy that the Hold Steady’s albums possess in spades. It’s understandable that Finn would want his solo work to shift its focus to words and vocals, but flourishes like the tepid horn refrain on “Tangletown”—here to provide texture more than momentum—underscore how turgid some of the songs here can sound, especially in the back half. “God in Chicago” is essentially a spoken-word narrative, and one’s interest in it will hinge entirely on how compelling one finds Finn’s after-hours world-building and religious obsessions. If nothing else, though, it’s noteworthy for how well it encapsulates the quiet confidence of Finn’s craft. He’s been called “talky” before, of course, so it’s not exactly a surprising move, yet it’s a new color in his palette.

We All Want the Same Things is cut from the same cloth as everything Finn’s done before as an artist, but it isn’t quite fair to call it more of the same. The way an album feels matters, and this one feels comfortable—and self-possessed in a way that his other solo albums aren’t. Even when Finn introduces a few new tricks, the assurance behind his skill is quietly charming.