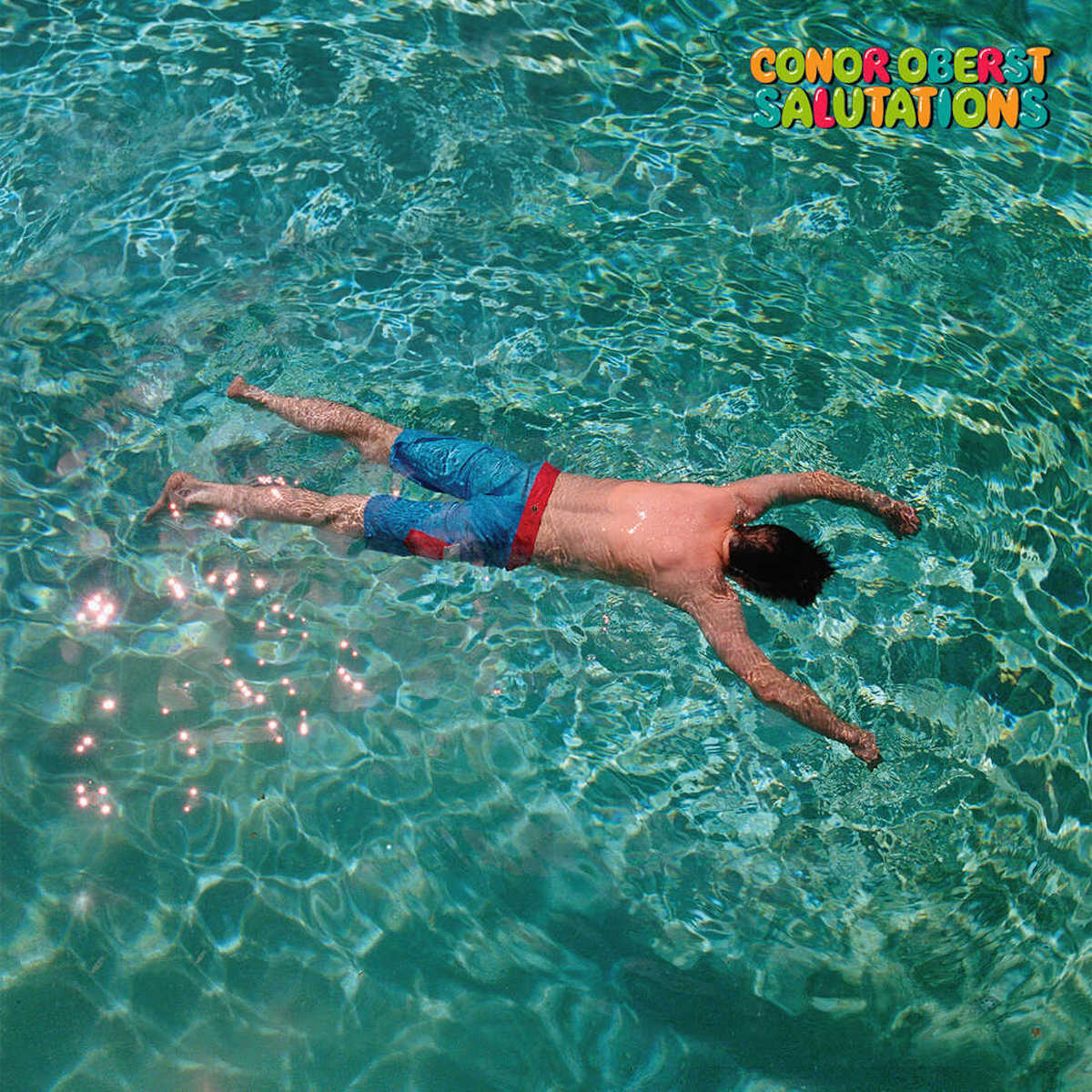 Conor Oberst sounded almost painfully alone on last year’s poignant Ruminations. His voice ragged and accompanied only by piano, acoustic guitar, or harmonica, all of which he played himself, the singer-songwriter took 48 hours amid Omaha’s bleak winter to record rough sketches of songs that were ultimately released in their stripped-down form. With Salutations, Oberst gets the chance to flesh out those songs with a full band, with robust, country-infused arrangements featuring a bevy of guest musicians. With the addition of seven new songs, however, Salutations is a sprawling album that unfortunately exchanges raw urgency for fussy polish.

Oberst’s vivid storytelling continues to focus on boozy, threadbare characters making poor decisions in futile efforts to escape their joyless lives. But the new tracks included on Salutations tend to dilute the previous emphasis on mortality and human frailty, instead demonstrating a tawdrier attitude toward sex and drugs as a cure for boredom. “Too Late to Fixate” finds Oberst’s narrator combatting the malaise of a passionless marriage by “fishing the alleys” for prostitutes because they’re “cheaper than divorce,” while on “Overdue” he’s “in bed beside some jailbait” in a den of drug-addled friends. Along with the fleabag-motel trysts on Ruminations highlight “Gossamer Thin,” Oberst too often sensationalizes his songwriting with prurient imagery that distracts from the deeper emotional roots of such behavior. Meanwhile, themes of loneliness and isolation, so prevalent on the prior album, frequently give way to a contrasting motif of claustrophobia brought about by living in a world brimming with selfish, unreliable people.

Oberst’s backing band—the Felice Brothers and veteran drummer Jim Keltner, who also co-produced the album—fills in the spaces that gave Ruminations room to breathe. Too often, more upbeat tempos or dense instrumental breakdowns cause these tracks to feel rushed or crowded. Violin, organ, accordion, drums, and pedal steel nudge each track from folky to all-out country at times, especially on honky-tonk stomps like “Napalm” and the rustic, fiddle-driven anthem “Afterthought.” Instead of sounding frayed at the edges and drenched in loneliness, Oberst’s voice is smoother and more detached here, no longer trembling or exposed, and he’s often overwhelmed by swells of backing vocals that bring to mind a barroom sing-along. As a result, the sentiments expressed feel less confessional and more manufactured, especially when an influx of superfluous violins or the intrusive whine of pedal steel telegraph the emotion.

Throughout Salutations’s new songs, Oberst also relies too heavily on well-worn turns of phrase (putting out a fire with a squirt gun on “Napalm”) and hackneyed imagery (a hooker’s torn stockings and “lipstick of red” on “Too Late to Fixate”). And his tendency to name-check icons and pop-cultural figures or make oblique literary references grows tiresome when it stretches on for 17 tracks. Ultimately, Salutations abandons the potent vulnerability found on the sparer versions of many of these songs, and muddies its tone with the uneven newer ones. In doing so, the album underscores how Oberst’s labored intentions weigh down the raw instincts that made Ruminations soar.

Review: Craig Finn, We All Want the Same Things