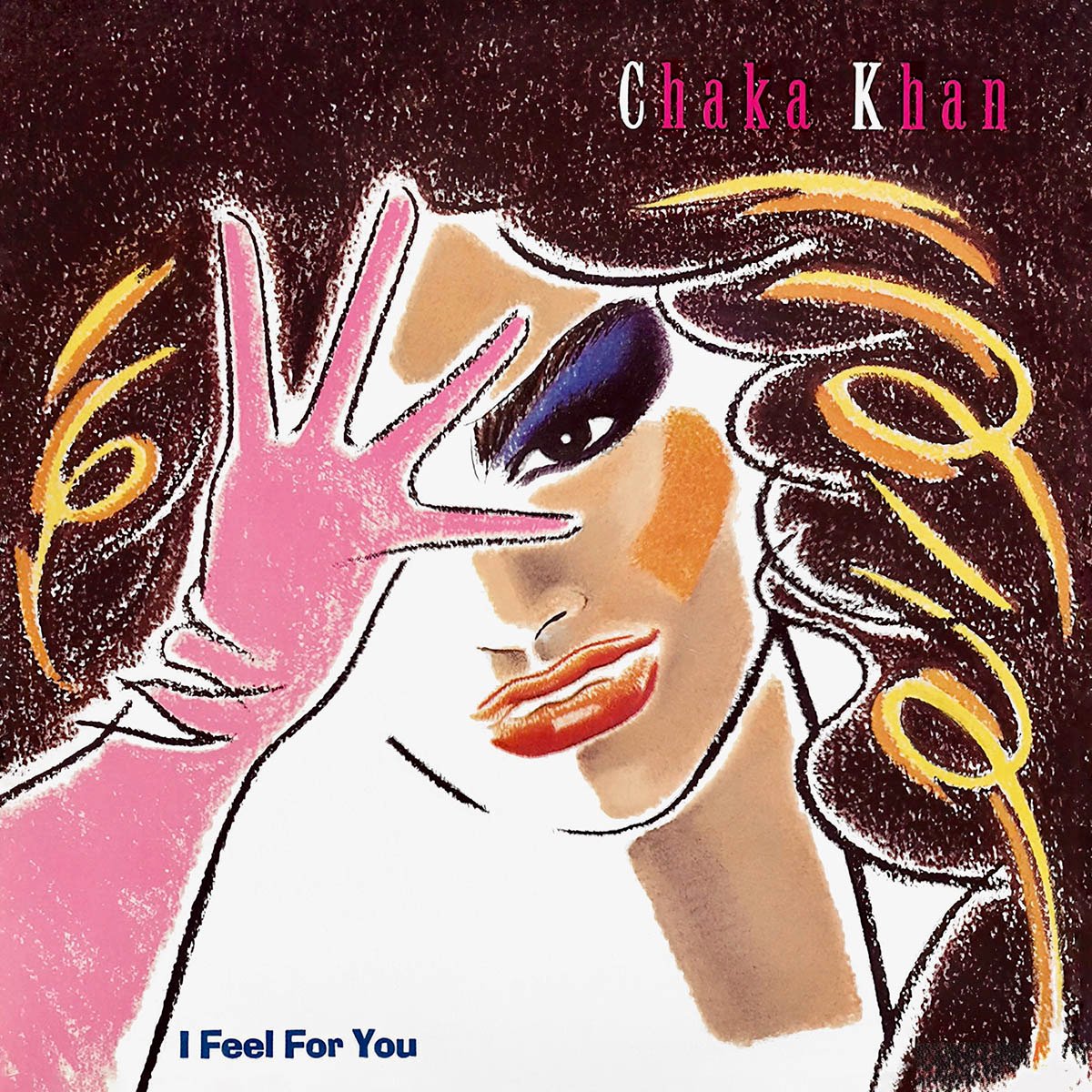 In his landmark study Funk, Ricky Vincent praises Chaka Khan by pointing out that her career post-Rufus (the 1970s funk-rock powerhouse whose sinuous grooves “Tell Me Something Good” and “At Midnight (My Love Will Life You Up)” helped rocket Khan to stardom) is characterized by how her voice manages to “transcend” the thin, wan music underneath (and, ostensibly, beneath) her. While his offhand comment manages to do justice to the fiery vocal talents of a woman who so dedicated her gut to singing the shit out of each and every song that she reportedly once puked onto an adoring crowd, he also (and typically of many diehard funkateers) severely shortchanges Khan’s shrewd pop instincts. Funksters (who are really rockists at heart) cringe at the thought of multiple songwriters and producers funneling their various talents into a single unifying front. They prefer the alleged “purity” of a single unit that writes, performs, and produces their own material, and so Chaka’s very public and often bitter battles with Rufus toward the end of the ‘70s were tantamount to heresy.

But if funk fans consider everything in black popular music post-disco to be a lost cause, well then they deserve to lose out on such elegant, silky, and, yes, transcendent pop moments as Ashford & Simpson’s iconic “I’m Every Woman” (perhaps their highest, mightiest moment ever, and that’s high praise considering they wrote “Ain’t No Mountain High Enough”), “I Know You, I Live You,” the Larry Levan remix (say the purists: “gasp!”) of “Tearin’ It Up,” and her most grandly sustained moment of pop craft: the 1984 LP I Feel For You. If great pop music is to be defined under rockist terms of thematic unity, artistic solitary, and socially conscious lyrics (judging by What’s Going On‘s status as the highest ranking R&B record in rock polls by a landslide, the quality that matters most), I Feel For You is barely a footnote. But if pop is judged to live and die by its ability to absorb and cross-pollinate diverse trends, and its ability to showcase without complication the range and force of one of R&B’s grandest divas, then I Feel For You is essential.

Legend has it that Chaka originally loathed the immortal intro to her monstrously popular cover of Prince’s “I Feel For You” (a song the Pointer Sisters had actually remade just a year earlier in a note-for-note, totally uninspired rehash of the laidback original), one of the most intoxicating singles in pop history. Grandmaster Melle Mel’s harshly percussive rapping (“Chaka Khan, let me rock you, let me rock you, Chaka Khan”) was groundbreaking not only for bringing the worlds of rap and pop together in an effortless manner that only Whodini had previously managed to, but also in how it toughened up mainstream rapping in opposition to the dopey, sing-songy Sugar Hill idiom. In addition to the intro, “I Feel For You” had enough blockbuster tricks to bury any lesser talent: ultra-hip vocal cutting techniques (which reached their apex elsewhere on the album on the hectic, proto-techno John Robie production “My Love Is Alive”), a blazing Stevie Wonder harmonica solo that damn near tops anything on his own records, no less than four synth-keyboard players, and a scintillating, shifting beat from Arif Mardin, who was the only producer on board for the album’s entire duration. But by the time the chord progression that closed out Prince’s original arrives, Chaka’s just getting warmed up and unleashes a series of gut-wrenching howls of “Aiiiiieeee…feel for you” that bring the whole nearly overbaked enterprise to a satisfyingly heady head.

Lost (albeit understandably) amid the title track’s meteoric impact were nine other fantastic songs. “This Is My Night,” the album’s opening shot, is a compelling tune, filled with the excitement of promises to be fulfilled by the subsequent songs. Any album as dominated by dance tracks as I Feel For You is usually brought to an unqualified dead end by its obligatory ballads, but both “Stronger Than Before” (one of the only latter day Bacharach-Bayer Sager ditties that doesn’t sound like warmed over Christopher Cross) and “Through The Fire” (recently sampled and Chipmunkesized a la Cam’ron’s “Oh Boy” on Kayne West’s “Through the Wire”) are legitimate high points in Chaka’s solo career. The album’s most confounding track, “Chinatown,” falls into that odd territory between sincerity and parody. The lyrics, a pre-Lost in Translation attempt to turn Eastern mysticism into the language of romantic inconclusiveness, document just about every corny cultural stereotype imaginable (as when she calls her indifferent lover “some crazy Fu Manchu”—and I sincerely hope that I’m wrong in my interpretation of “eyes that I can’t see, they stare me down”). But Chaka, former Black Panther, belts it like the final verse of “Home.”

Finally, the stuttering, acid-tongued “Caught In The Act,” what with its venomous jilted-lover lyrics and incongruous Speak & Spell synth riff, reconciles Chaka’s drive for pop-crossover success and slavish genuflection to Mother Jazz (her follow up album Destiny would include another tasty electro-jazz funk riff with “Tight Fit,” as well as the unabashedly Down Beat-baiting “Coltrane Dreams”). Al Jarreau’s High Crime LP (also released in 84) covers this same territory, most notably in the now standard “Sticky Wicket.” But where Jarreau’s buttery voice tends to expose the jazz-pop hybrid’s inherent blandness by only adding another layer of aural lubrication, Chaka’s angry rasp holds the listener down by the nape of their neck like fly paper. Which she does in every track on the album and which is why, rockists be damned, I Feel For You is a true pop touchstone.