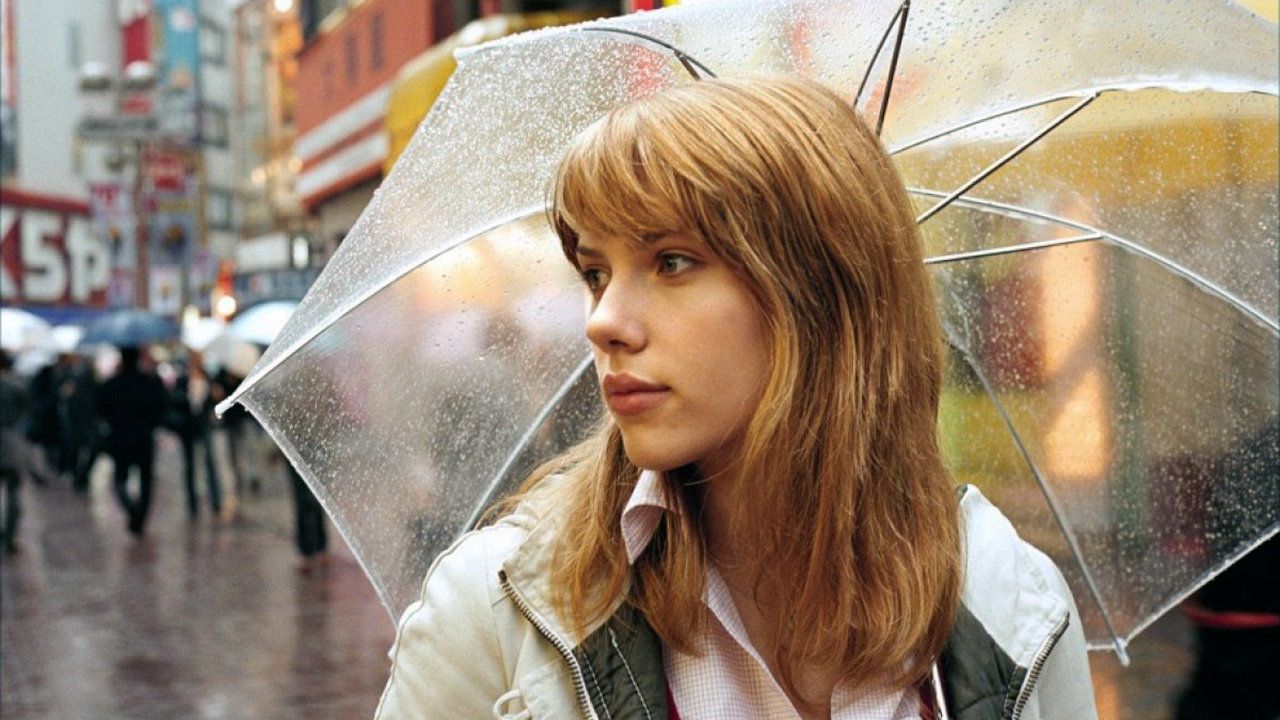 Sofia Coppola’s Lost in Translation, the filmmaker’s follow-up to The Virgin Suicides, is equally drunk on ethereal passages in time. Here it’s not the difficult rift between adolescence and adulthood her characters must reconcile, but a more expansive one between two cultures whose hang-ups are encoded in their respective pop landscapes. Bob Harris (Bill Murray) is a has-been Hollywood actor who arrives in Japan to shoot a whiskey commercial for a $2 million paycheck. Charlotte (Scarlett Johansson) is a recent Yale graduate trying to figure out what to make of her seemingly useless philosophy degree and her perpetually absent husband, a high-profile fashion photographer played by Giovanni Ribisi. The film’s characters, not unlike the emotionally disconnected characters of Tsai Ming-liang’s What Time Is It There?, see their every disaffection reflected (literally and figuratively) onto the sounds and landscapes of the city they inhabit.

What separates superficial Hollywood actress Kelly (Anna Faris) from Charlotte is that Kelly sees Japan as a mere smorgasbord of fetishes while Charlotte struggles, even weeps, to see the meaning buried beneath all the kimonos, local religious ceremonies, Karoke bars and strip joints. Together, Bob and Charlotte deal and sort through the confusion and stasis of their respective lives. Theirs isn’t a romantic entanglement in the classic sense (at least not in the way Marcello Mastroianni and Anita Ekberg’s was in Fellini’s La Dolce Vita, which plays on a hotel television in one scene), though plenty is exchanged between the two. Coppola sees plenty of humor in the film’s culture clash (Murray’s encounter with a masseuse is every bit as hysterical as the whiskey commercial shoot that may or may not deliberately engage Chuck Jones’s “Waikiki Wabbit”), but there’s not a shred of contempt to any of the film’s jokes because we, the out-of-towners, are the fools.

Bob and Charlotte are two souls in transition who, while confused and sometimes tickled by exotic rituals and language barriers, realize that they’ve allowed their cultural baggage to obscure their sense of self. In many ways, the film is a revolt against self-absorption and a celebration of personal evolvement. When Charlotte takes the time to hang a paper crane from a tree, she’s allowed herself to lay roots in a foreign land despite the country’s elusive language and customs. The film could have taken place anywhere (Japan, New York, Los Angeles) and the message would still be the same. Part of Lost in Translation’s alluring, albeit self-consciously “hip” mystique is Coppola’s own fascination with the culture she photographs. This transfixion is appropriately naïve at first, perhaps because Coppola doesn’t pretend to know Japan any better than her characters do. All the while, Coppola lovingly evokes the film’s many spiritual awakenings via a mod palette that increasingly color-codes her characters to their surroundings as the film moves slowly toward its sad but enlightening final moments.