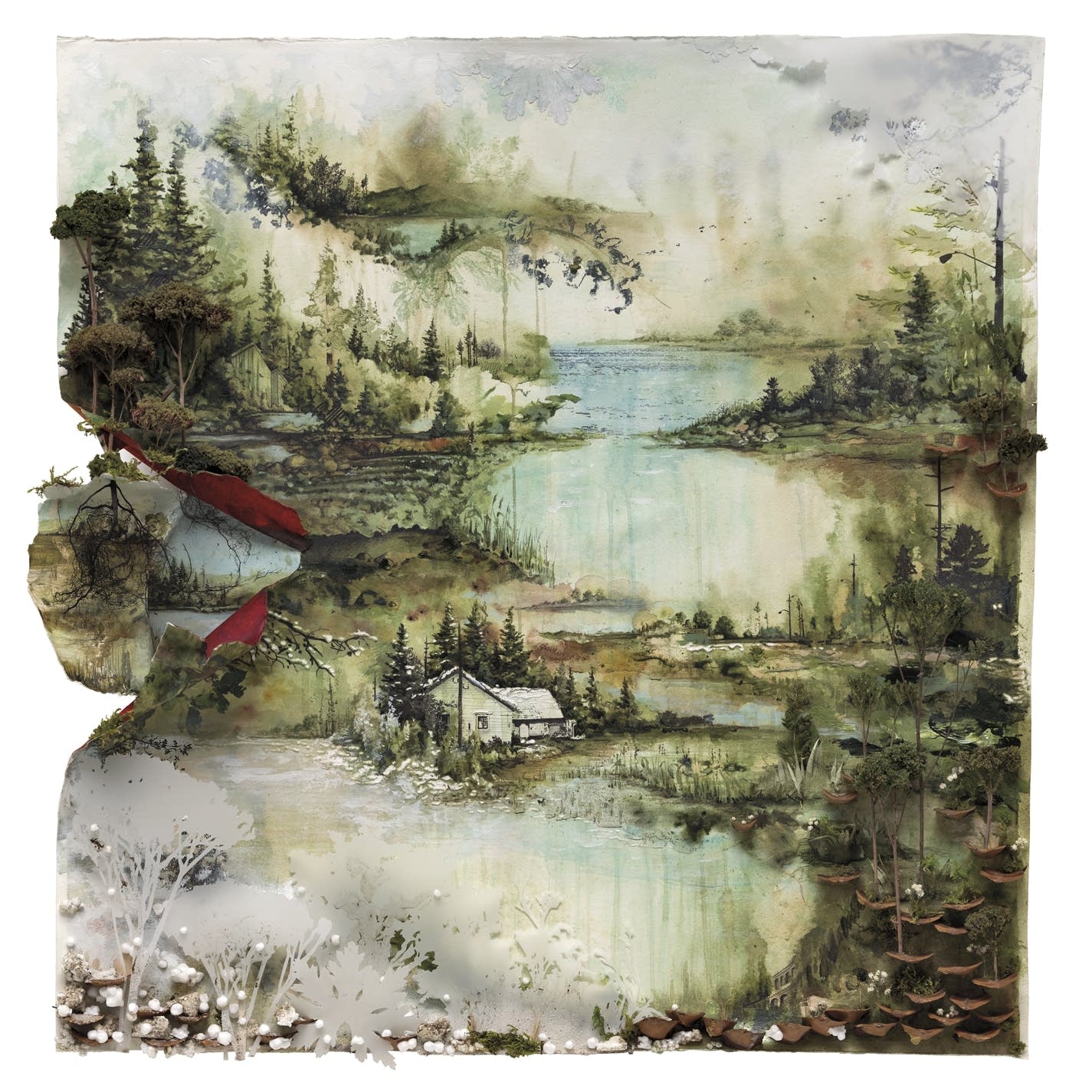 Bon Iver’s Justin Vernon has come a long way since his curiously beautiful debut, 2007’s For Emma, Forever Ago, emerged as both a modern folk masterpiece and the best breakup record this side of Beck’s Sea Change. In addition to his team-up with Collections of Colonies of Bees in Volcano Choir (which produced the equally rich Unmap in 2009), Vernon has had the distinction of collaborating with everyone from St. Vincent to the National, even receiving a writing credit and doing vocal duty on Kanye West’s My Beautiful Dark Twisted Fantasy.

The explosion in demand for Vernon’s talents might have suggested that For Emma’s follow-up would be epically demonstrative of his rising stardom, perhaps shedding the ghostly intimacy of his debut for something altogether more polished and ambitious. As it turns out, Vernon manages to balance the raw, stripped-down tone of his self-produced sound with an inclination to refine it. His self-titled sophomore effort is thus more expansive and sleek than his debut, but no less gut-wrenching in its emotional impact.

For much of Bon Iver, Vernon takes his cues from Volcano Choir, using an array of disparate instrumentation and looping effects to beautifully eerie effect. There is, however, an added wrinkle: an ‘80s radio-pop polish, the same kind that seems to be permeating all modern indie-folk music these days (for example, Samuel Beam doing his best Kenny Loggins impression on Iron and Wine’s Kiss Each Other Clean). Bon Iver’s understated first single, “Calgary,” certainly contains hints of soft rock, but Vernon indulges it completely on “Beth/Rest,” a full-on ballad of the Top 40 variety circa 1988, complete with hilariously outdated elements like delicate percussion reverb and bell-like keyboard surges (and with the added twist of the more recently passé Auto-Tune.)

“Beth/Rest” initially seems out of place among Bon Iver’s subtler tracks, but beneath the farcical instrumentation at play lies Vernon’s more authentically heartfelt songwriting. And it’s even more powerful when the Wisconsin native turns his attention to more conventional fare. The album’s best track, “Michicant,” is a demure blend of plucked guitar, bleeding saxophone notes, and Vernon’s falsetto harmonies that achieves a powerful, contemplative elegance. As with Bon Iver as a whole, the track represents a fitting next step in Vernon’s evolving artistry, exuding complexity and magnetism while still managing to be accessible.