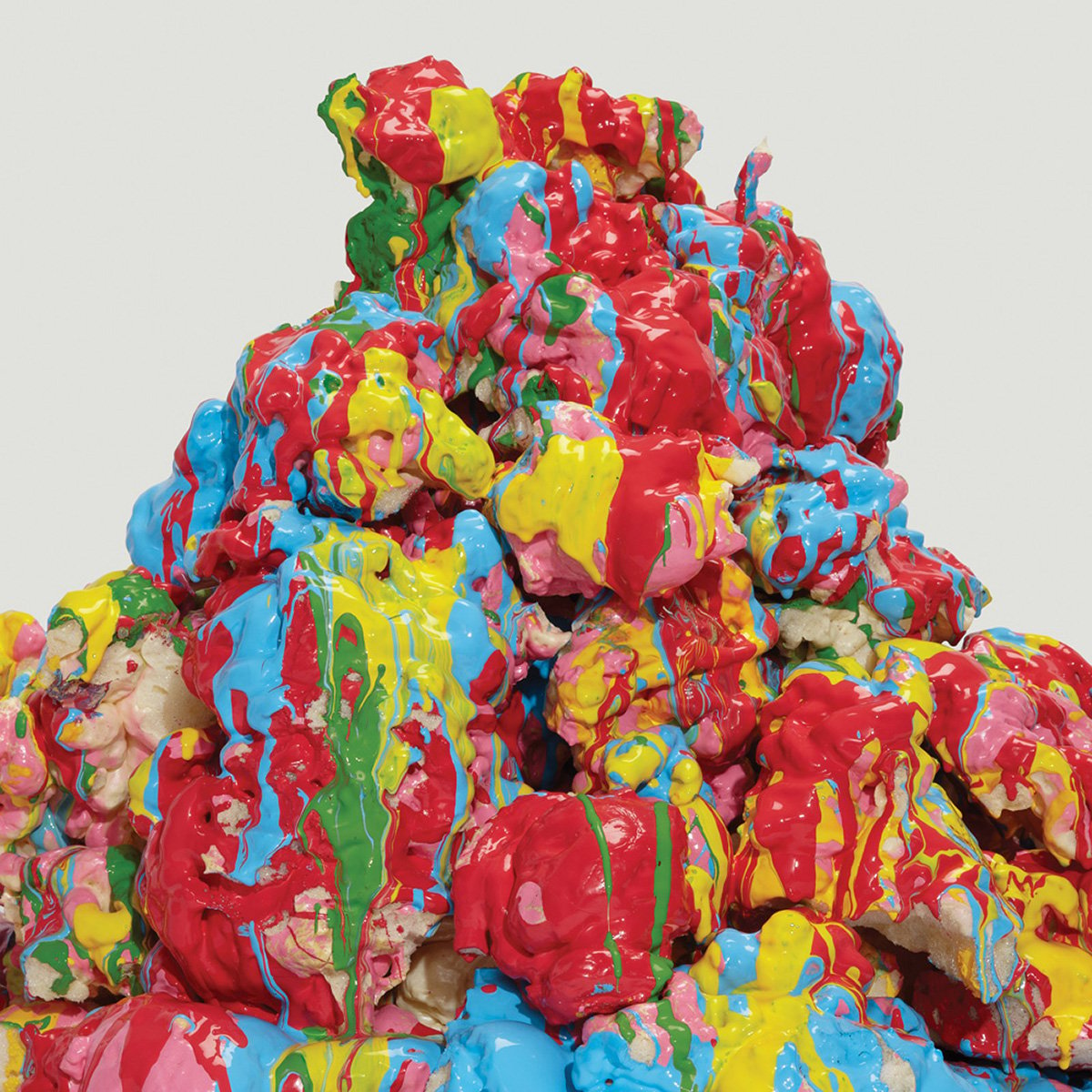 “Math rock” seems like such a mundane descriptor for a band like Battles, whose music sounds a lot like what might happen if Dan Deacon got drunk and picked up a guitar. Instead, I prefer the term my colleague Matthew Cole used in his review of the band’s Gloss Drop: cartoon prog, which, though it was specifically applied to Battles’ debut, Mirrored, perfectly summarizes the devilish exhilaration of the band’s entire body of work. There’s no rock song from the past decade as insane, animated, or wonderfully weird as Gloss Drop’s “Sweetie & Shag,” nor one as bubbly yet foreboding as “Sundome,” which plays like the soundtrack to the bloody, fiery end of a Carribbean cruise party.

To remix such bizarre genius seems insane in and of itself, but the cleverly titled Dross Glop attempts just that, offering up Battles’ sophomore effort not to an assortment of club-centric producers, but a group of equally offbeat but talented artists (Shabazz Palaces, Gang Gang Dance, and Hudson Mohawke, among others) to chop up and reassemble. Indeed, there’s a clear effort here to avoid the kind of IDM-drenched soundscapes one might find on, say, Radiohead’s TKOL RMX 1234567. Unlike that album, which was built on source material that was a quiet, mostly blank canvas, Dross Glop has the nigh-impossible distinction of constructing something interesting and engaging from the complex, convulsive chaos of Gloss Drop.

Still, while the album’s contributors lean in a well-intentioned direction, preferring organic, innovative methods over simply pasting some vocal lines and guitar riffs on top of standard, synth-driven BPMs, Dross Glop is, at best, uneven. Listeners are rewarded with bright spots like EYE’s schizophrenic, David Byrne-inspired take on “Sundome” and Shabazz Palace’s trippy, drowning rendition of “White Electric,” while being forced to endure the Patrick Mahoney and Dennis McNany remix of “My Machines,” a joyless, clumsy bastard of one of Gloss Drop’s best tracks. Unfortunately, the majority of Dross Glop’s remixers fail to find any new inspiration in reworking the original material. The results are scattershot, meandering, awkward, and often boring.

Review: Dar Williams, In the Time of Gods