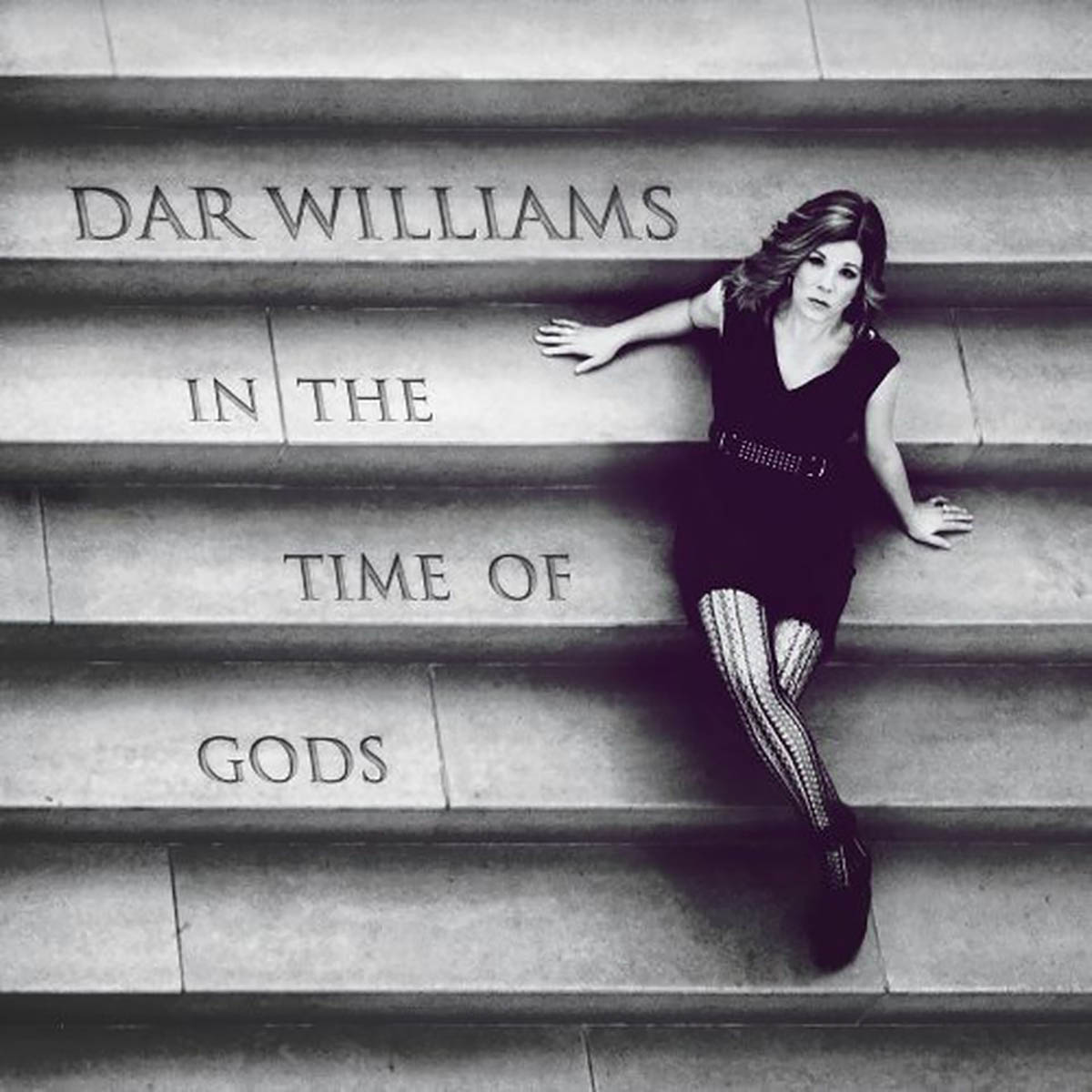 Having spent the better part of the last decade balancing her populist moral sense and her wry brand of humor with her love of catchy pop music, Dar Williams returns to the hyper-literate, folksinger style of her earliest albums on In the Time of Gods. If the album isn’t a full-on retreat back to the coffeehouse, it’s easily the singer-songwriter’s most traditional folk-leaning and least accessible work since 2000’s The Green World. That isn’t a poor aesthetic decision in and of itself: Williams does confessional folk songwriting better than just about anyone, but the album isn’t enhanced by a loosely defined concept, and her writing suffers from a few uncharacteristic lapses in quality.

Williams looked to classical Greek mythology for inspiration for her latest song cycle, using the stories of certain gods and goddesses as the starting point for her own narratives. It’s an interesting idea, and it speaks to the kind of consideration of broader thematic through lines that made Williams’s most recent albums, 2005’s My Better Self and 2008’s Promised Land, so thoughtful. Williams’s execution of this particular idea, however, is so subtle and light-handed that it doesn’t actually bring any greater depth to the album. If Williams didn’t say so explicitly, there would be no way to glean that the simple love song “I Have Been Around the World” was inspired by Vesta, goddess of the hearth, or that the seductive biker protagonist of “You Will Ride with Me Tonight” is a nod to Hermes, the messenger god.

It’s not like Williams is veering into Tori Amos territory in terms of inscrutability, but In the Time of Gods’s backstory is ultimately incidental to what works and what doesn’t about the album. Williams’s melodies are, as always, robust and evocative, and producer Kevin Killen polishes the songs’ workmanlike, acoustic guitar-based arrangements with the kind of studio sheen that sounds tailor-made for AAA radio. The album is never more or less than a pleasant listen, but the songs simply lack the hooks and overall sonic punch that made the best moments on Promised Land sound so vibrant.

Since the production is so nondescript, it’s up to Williams’s songwriting to carry the album. While that would rarely be an issue for a writer of her caliber, the songwriting isn’t quite as sharp here. Opener “I Am the One Who Will Remember Everything” derails in its final verse thanks to a reference to Curious George that draws entirely too much attention to itself, while the unconventional narrative of “Crystal Creek” is marred by some awful rhymes: “That was me, oh my noble animals/We must act with reverence, not like cannibals.” “Summer Child” comes the closest to having a memorable hook, but Williams’s season-based images are too familiar to develop a distinctive story.

Williams’s writing is more on point on the songs that focus on her empathy and sense of social justice. It’s a credit to all the things Williams does well that a song like “Write This Number Down,” which offers a voice of support to those who have been failed by the modern legal system, isn’t the least bit heavy-handed in its politics of protest. “The Light and the Sea,” inspired by Poseidon but to no great consequence, is even better, a song of real moral questioning that looks for order in chaotic times. These are serious, mature topics, and Williams is certainly well-equipped to tackle them. What In the Time of Gods lacks, then, is a balance between the headier material and the wit and frivolity that have made Williams such a distinctive voice in contemporary folk.