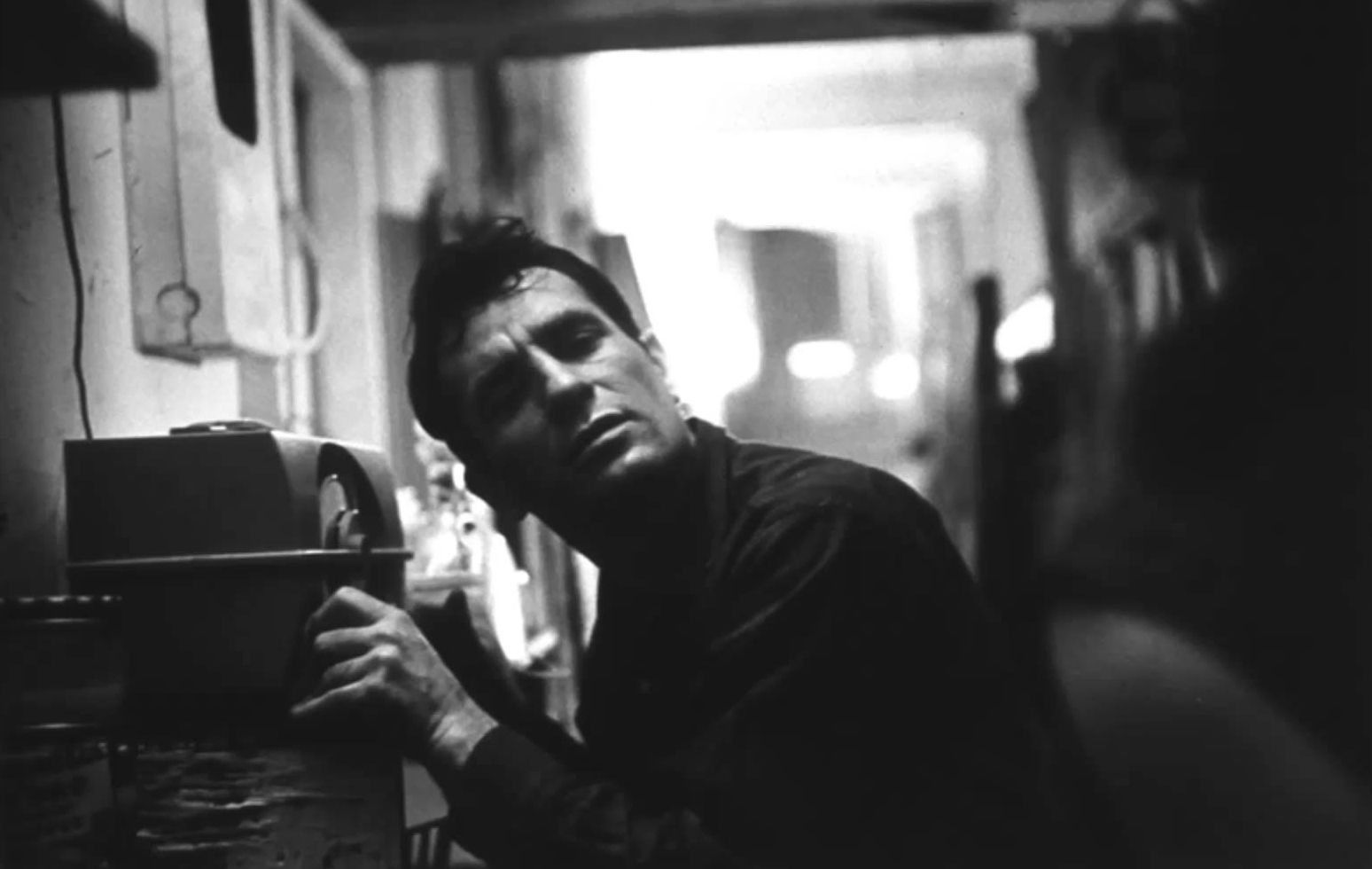 The tortuous legacy of Jack Kerouac, with its ever-contradictory iconography, continues to trip up even the hippest and least glib of Neo-Beats. There’s no doubting the exemplary spontaneity of On the Road nor its impact on the timeline of 20th-century counter-culture, but as community-crowned leader and golden idol, Kerouac was far more slippery than his contemporaries. If Ginsberg was the poetry-sprouting Zen lotophagus and Burroughs was the queer grim reaper of junkiedom, Kerouac was the complex kid: the mercurial, Oedipal-obsessed scribe longing for a rather old-fashioned (i.e. Judeo-Christian) interpretation of inner peace. Forty years on from his premature death, eyebrow-raising equivocations continue to haunt his image: His simultaneous embrace of Catholic liturgy and all-American decadence, his widespread denial of having homosexual partners even as his work openly espoused epicene physical love, and his apostasizing of the entire Beat movement after he had not only epitomized the jargon and mannerisms but helped coin the nomenclature.

The documentary One Fast Move or I’m Gone: Kerouac’s Big Sur works best when it attempts to unpack these paradoxes directly through the author’s slickly vibrant language, even as it fails to effectively consolidate any of them. Taking Kerouac’s seediest and most lugubrious novel, Big Sur, at autobiographical face value, a collection of friends, cohorts, and younger fanatics narrate the days of alcohol and bitterness that followed the writer’s ascendency to pop stardom in the late ‘50s, and his mostly unsuccessful search for contentedness on the West Coast. As anticipated with talking-head docs, not all of the contributions are worthwhile: Robert Hunter’s lively likening of Kerouac’s cadences to bebop seems inserted primarily to satisfy the coffeehouse-bongo-and-beret stereotype, and the footage of Jay Farrar (who composed the snug, rootsy soundtrack) nodding his head while strumming away at a semi-hollow in a dingy hotel room is confusingly languid. But a sincere, dumbstruck passion for Kerouac’s rhythmic confessions pervades the majority of the interviews and, despite some spacey misinterpretations (who keeps inviting Patti Smith to these Beat docs?), the on-screen readers persuasively remind us of how the syntactical spell of Big Sur managed to hypnotize our impressionable, undergraduate selves in the first place.

Director Curt Worden also has the advantage of open support from the extant members of Kerouac’s circle—which, at this point, consists of a gaunt, glassy-eyed Lawrence Ferlinghetti and a crispy Michael McClure—as well as the bewhiskered brood that Beat superhero Neal Cassady left behind, but they’re valuable resources rather perfunctorily tapped. We don’t get enough of a sense of these individuals’ emotional connections to Kerouac due to the surfeit of footnote-worthy factoids included solely to provide a foundation of historicity to the novel’s events, though Cassady’s senescent widow Carolyn provides some saucy sexual history. Photos of the teahead crew standing next to Ferlinghetti’s Big Sur cabin, the primary setting of the book, are juxtaposed with contemporary footage of the same individuals in similarly rustic environments, leaving an unsavory and marginally disrespectful “Where are they now?” aftertaste to the entire program.

This general lack of depth proves to be the Achilles’ heel of One Fast Move, particularly as it cavalierly reads what is, in essence, a piece of fiction (and a structurally uneven one at that) as a wholly veracious diary. The literary works of most of the Beats were indelibly rooted in the honest recording of empirical observations, but few would mistake them for journalists. Yet only actor Donal Logue—who, along with singer-songwriter Dar Williams, dissects the novel’s metaphysical significance beside a beach campfire at nightfall—seems to question the narrative voice of Big Sur with any critical authority. And unsurprisingly, both the film and the book fall apart over the same tedious device: Kerouac’s hallucinogenic crucifix denouement, wherein somehow all is well that ends with ecclesiastical semiotics. More than an appreciation for Kerouac himself, One Fast Move engenders an appreciation for the mellifluousness of Kerouac’s prose read atop footage of briny California waves—as well as an itching desire to see the release of a Big Sur audiobook as read by Tom Waits.

A Matter of Trust: Pixar and Its Step-Sibling