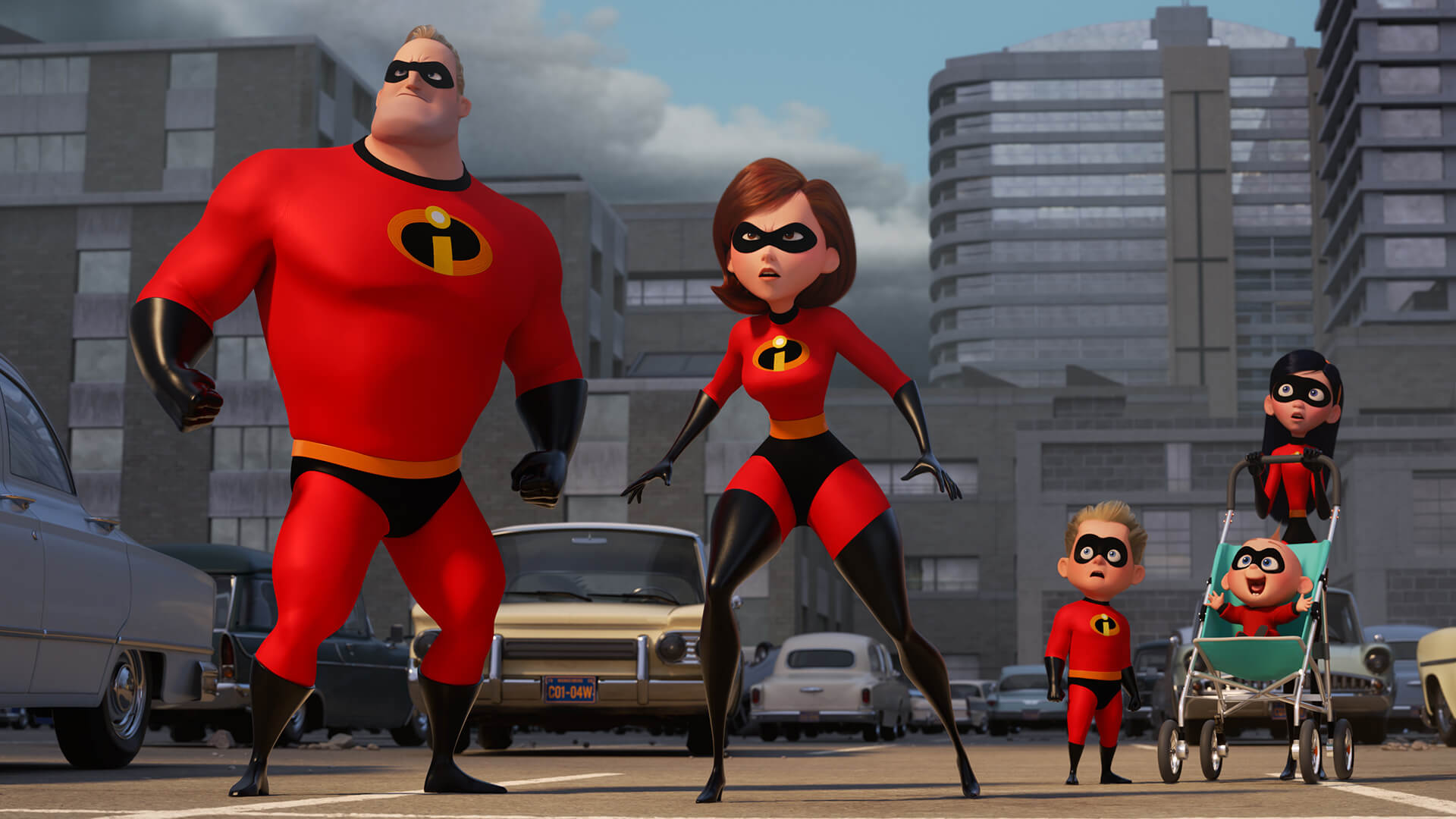 Sometimes, I don’t know how I feel about Steven Spielberg. Not because of his movies, understand; I have my favorites, my occasional dislikes, the same as everybody else. No, it’s something else. There’s an old story, that while working on Jaws, Spielberg and George Lucas were screwing around with the animatronic shark after-hours, putting their heads in its mouth and such, and managed to break the thing. They took off into the night, laughing but nervous for breaking something so expensive. I always conflate that story in my mind with Bill Gates, on the verge of changing computing for the whole world forever, getting behind the wheel of a bulldozer, racing it, and slamming into a parked car.

These young guys, playing with stuff they only barely understood, without a thought to the consequences, who have done so much good and so much damage. Before I was old enough to view my films critically, Spielberg was for me, instead, the guy who nearly destroyed video gaming. It wasn’t really his fault, of course, the great video game crash of the 1980’s, but the story is too iconic to extricate him from it. The Atari 2600 game that was supposed to tie into E.T. the Extra-Terrestrial, rushed through production (five weeks!) for a Christmas release, and churned out in greater numbers than there were consoles to play them. Notoriously bad, a factor in the market collapse for gaming, and buried in a New Mexico landfill—such a great story, that, the E.T. buried not so very far from White Sands and Roswell.

But, have you heard of ARG’s? Alternate Reality Games, a blend of multimedia, worldwide online participation, puzzle-solving, and live events? The fad’s worn down a bit now from their creation in 2001, but regardless of niche appeal they’re something legitimately new, something uniquely net-born and 21st century. The original game, “The Beast,” was created in order to market Spielberg’s A.I. Artificial Intelligence. Even the sort of parallel in the film titles tugs at an apophenia-prone sort like myself. Spielberg isn’t really responsible for this one, either, but his prominence as a creator is unavoidable in proximity to either situation. Almost like a redemption that the director didn’t actually need.

The other guy screwing with the shark in that story, though, he’s even worse. George Lucas inadvertently created a groundbreaking studio that revolutionized its medium and practically invented its best-known genre. Twice. The bloom’s long off the Star Wars rose, but when Lucas hired a ramshackle computer division and placed them in ILM’s shadow, he didn’t know that he was arguably setting off what might stand as his true legacy.

Have you heard of Ed Catmull? He’s now the head of Disney Animation—because he’s president of Pixar. Everyone knows the name of Pixar’s creative force in John Lasseter, but before Lasseter bombed out of Disney the first time and found a home in what became Pixar, Catmull was there, building the company from the ground up. He was the first (was supposed to be the only) hire for Lucas’s new Computer Division. He made RenderMan, the software that most CGI animated pictures use today. And he built up the computer division, essentially under Lucas’s nose, with the intention of putting together a group that could make movies. All they ever wanted to do was animate with computers. But in the off-hours, Catmull staffed a “games group” within the computer division. LucasArts still makes games today, and despite some very lean years of Star Wars-focused spin-offs and cash-ins, they’re still beloved for spearheading the “point and click adventure game,” a puzzle genre known for its humor, its ingenuity, and its engrossing narrative. Largely thanks to their own star talent (long since moved on to work elsewhere), Tim Schafer.

What Schafer and Lasseter share, beyond a fan following (Lasseter’s is understandably larger) and the common origin of the companies where they made their name, is that they each have a good story behind their career. Lasseter fought his way through Disney tooth and nail, and was rewarded with a pink slip for his efforts, only to come back as the reigning king. Schafer’s story, appropriately for the creator of gaming humor landmarks like “Monkey Island” and “Maniac Mansion,” is more of a funny anecdote, a phone interview that went horribly wrong when he accidentally admitted to pirating an early LucasArts game, winning his way back into the company with a funny game-styled cover letter.

These guys are just intensely likable, and the stories that lie behind them reinforce an image of them that supports their artwork. When Disney bought Marvel Entertainment, fanboy rage dropped noticeably (though by no means off the radar) when word came out that Lasseter had visited the Marvel offices to chat about creative. Sometimes, it seems like Lasseter is one of the last implicitly trusted men in motion pictures.

I guess my point is, I’ve been reading too much about the Roman Polanski thing lately. I mean, my wife and I have been on something of a Twin Peaks kick lately. It’s her first time seeing it. And the closer we get to the core of that story, the core that makes Fire Walk with Me such a powerful picture, I’m having trouble putting out of mind the fact that David Lynch signed the infamous petition for Polanski to be released.

I should be writing, I suppose, about The Incredibles—resident comics reporter that I am, at least when I update (the next column is getting pushed back to be a year-end wrap-up, I fear). I mean, boy, it sure is like the Fantastic Four, isn’t it? Brad Bird says he’s never read that comic book, but his “invisible girl” even has the forcefield powers and then they fight a Mole Man-type guy at the end, and … you know what? I don’t really care, because the moment when Dash realizes that he’s running so fast that he’s walking on water, and that little chuckle he gives, that moment is one of the greatest “superhero moments” ever put on film, everything that makes the genre work when it actually does, and I grin like an idiot every time. And no, I don’t care if the “walking on water” supports your fascist reading of the film.

But no, I can’t get into that. I’m too busy thinking about trust. I never saw Cars, but I thought Up was largely bland, and yet, I smiled and was so inescapably comfortable watching it, the way I am with every Pixar movie. I trust that I’m in good hands, even when they falter, and it’s hard to be “mad” at them, to pick at the loose threads—a feeling that I see reflected in a lot of critics.

When gamers, or at least a certain category of gamers, see Tim Schafer, their ears perk up, even if it’s not something that they’re interested in. When he hosted a developer’s award ceremony this past year, he offered a freebie game starring himself, and people ate it up who didn’t care a whit for the awards—it was silly, as one would expect from him, and was little more than a brief diversion, but people were delighted. When it comes to our trust in these creative stars, some of it is overall quality, but some of it is an air that they project, and Lasseter is at the forefront of that when it comes to Pixar.

I more than anyone can separate art and artist—my comics column has been dodging around the issue any time that it talks about craft, but I’m an unabashed fan and admirer of Cerebus creator Dave Sim, and I’m not ashamed to say so in mixed company. The divisive anti-feminist comic creator has become persona non grata in the community for his views, despite carrying a significant portion of the self-publishing movement on his shoulders for decades. To voice support of the man in certain circles is to be viewed as someone who supports a much larger, more significant and serious crime—like the one that Polanski pled guilty to so many years ago.

And Chinatown is a great movie. But it’s given me pause. And so I’m thinking about the stories build up around creators.

‘Cause, you know, I don’t trust Spielberg. He belongs in the pantheon and all that, and we can sit around and talk about the great and the good and the bad, but I don’t feel at ease around him the way I do with Pixar, and it’s not because he’ll challenge me more. I trust Satoshi Kon (and yes, Miyazaki, too, for that matter), less because of a good story than because of the way the subtext carries from film to film. I guess there’s as many reasons to trust a filmmaker as there are to distrust. Even if one’s far more rare than the other.

Anyway, the punchline to the Lucas thing: the folks behind Pixar, Catmull and the rest, showed Lucas one of their first shorts. It was a plotless thing that they were using to show off their development with the technology. And Lucas very politely demurred, believed that there was absolutely no future in it. And of course, years later, there was more computer animation than there was live acting in his Star Wars prequels.

He should’ve trusted Catmull and Lasseter. Because Steve Jobs did, in a period after he’d been bulldozed by Bill Gates. We never really know what we’re going to be responsible for, in retrospect.

Pixar Week runs from October 4-11 at the House.