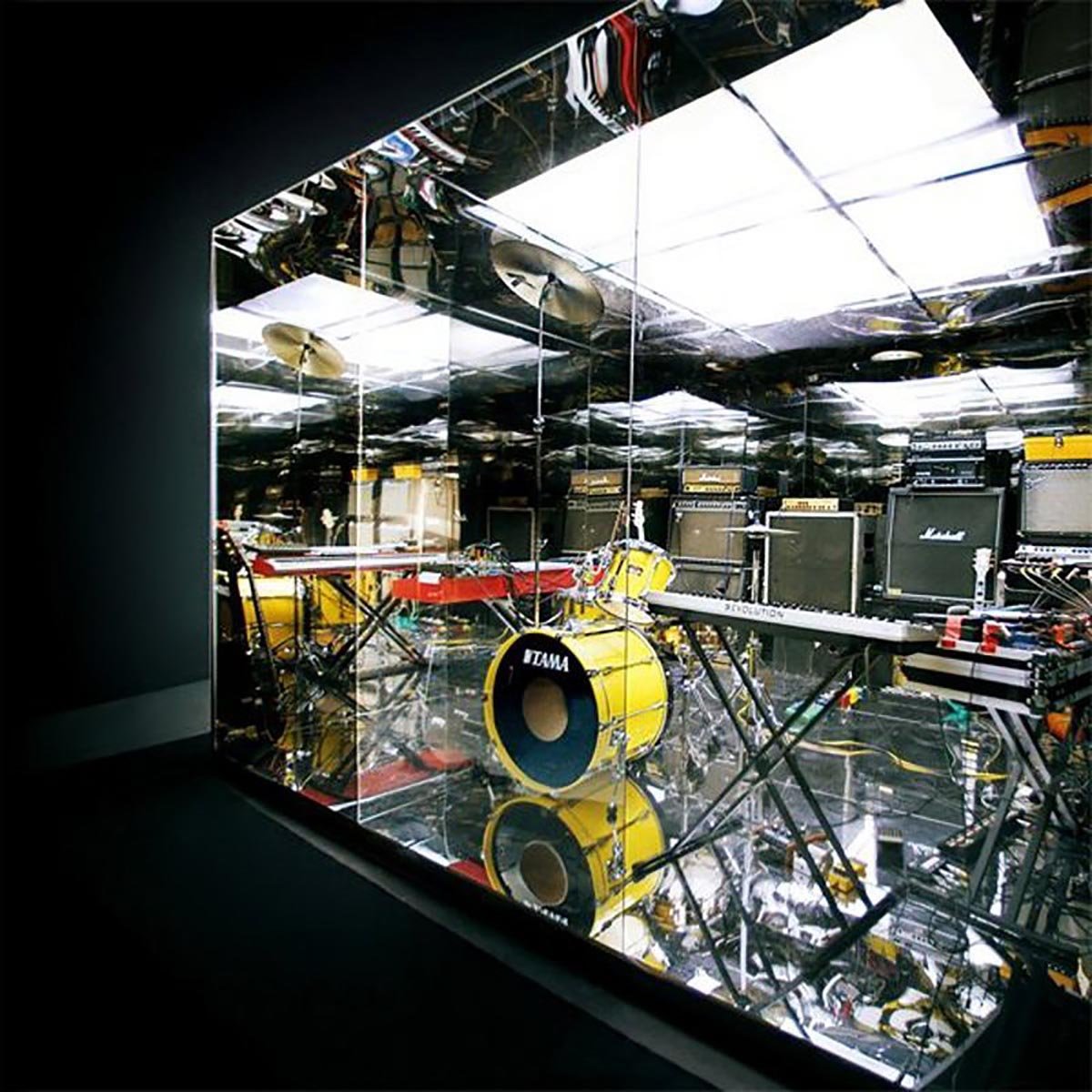 A sound collage of popular music’s geekiest, most pretentious genres (math rock, IDM, prog, krautrock, the minimalist school), Battles’ first full-length, Mirrored, is quirky and invigorating but never earth shattering. Elaborate time signatures and clever tape manipulations abound, and there’s some fun trying to guess which instruments are synthesized and which are authentic, but Mirrored suffers from being too bright and spirited. An obvious heir to the man/machine mythologies of Kraftwerk and Devo, though more bombastic and cheerful than either of those acts, Battles packs a futuristic vision that’s ultimately as hollow and corny as the Tomorrowland ride at Disney World.

Then again, just ‘cause Mirrored seems more optimistic than, say, Blade Runner or Autobahn doesn’t mean the album or Tomorrowland aren’t without their charms. Battles sound exactly like Steve Reich and Philip Glass jamming with Don Caballero (guitarist Ian Williams used to be in Don Cab, incidentally), and what record collector can’t stand behind that mélange? In small doses, you can’t resist all the guitar finger-exercising, chimey vibraphone tones (both synthed and non), occasional Chipmunks-style vocals, and drum work that realizes Richard D. James’s wet dreams. Battles won’t make you dance, or bang your head, but you’ll probably nod, raise an eyebrow, and blow an impressed whistle or two. (Mirrored has its fair share of whistling too.)

Vocals are a new bag for Battles—their EPs were instrumental—and the bag is mixed. The “Carol Of The Bells”-ness of opener “Race: In” fits perfectly with the hyper drums and glowing keys right out of Reich’s Music For 18 Musicians. First single “Atlas,” however, sounds like the Oompah Loompahs singing Marilyn Manson’s “Beautiful People” while the band chugs along mechanically, which I guess is sort of the point. I wish “Atlas” was as creepy sounding as my Oompah/Manson mash-up implies, but it’s neither unnerving or kitschy—it’s just boring. The best track, “Rainbow,” is a vibrant revamp of Frank Zappa’s more orchestral compositions, like “Gregory Peccary” or “The Duke of Prunes,” ultimately morphing into slow-core, spooky post-metal like Boris or Sunn 0))) with vocalist Tyondai Braxton giving it his best PiL-era John Lydon impression. There’s no unifying tone or direction to the vocals on this album, other than being “weird” or “manipulated,” and that’s the one area where a little steadiness would work best. A decent frontman, with some decipherable vocals, might help make sense of all the band’s blips and bloops. Instead, putting Braxton on the mic just reinforces this cynical listener’s conjecture that Battles has nothing to say. Nothing new, anyway.