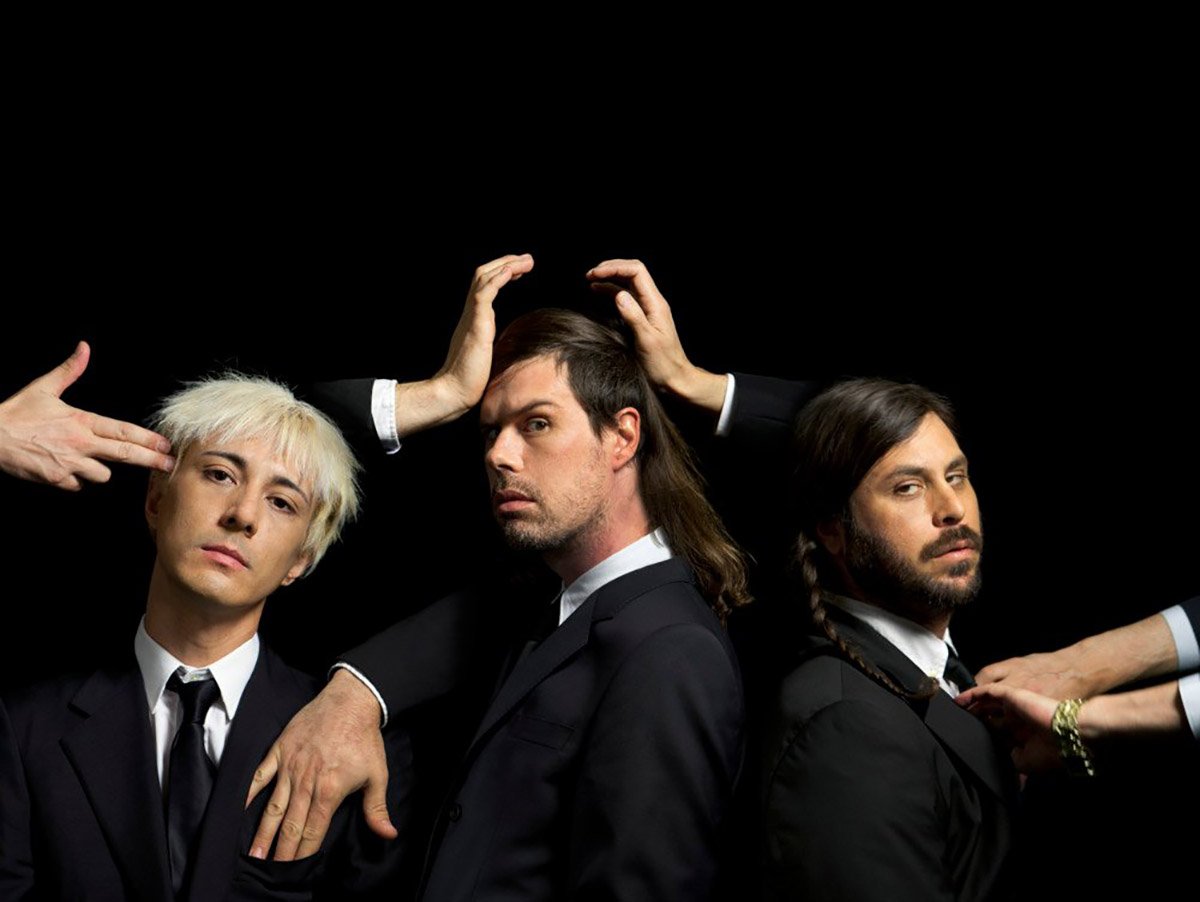 Liars, “No. 1 Against the Rush.” The first time I heard Liars was about a decade ago in a dorm basement, where Angus Andrew and company cleared the floor during a long interlude of ear-splitting feedback. On “No. 1 Against the Rush,” the band that grinned ear to ear watching us run for the doors, is gone, having traded in the dissonance for something actually really pleasant. A swift arpeggio of harmonics slides in and out of phase as a mechanical disco beat pushes the whole thing forward. This is a tight arrangement of gloomy dance music, though the song’s chaotic closing moments suggest that that sense of calm and control won’t last for the entirety of the band’s forthcoming LP, WIXIW. Manan Desai

Dirty Projectors, “Gun Has No Trigger.” Dirty Projectors aren’t typically the first group that pops into one’s head when considering a mixtape of funk-infused college-radio rock. In fact, their recent collection of Earth Day ditties crafted in collaboration with Björk, efficacious though they may have been, might qualify for the title of “whitest music of our era.” Nonetheless, the chorus of their new single, “Gun Has No Trigger,” manages to suggest the faintest hint of what it might sound like if Mr. Wiggles’s school of fin-clapping fish were to be conducted by Danger Mouse. It’s only a small dip into the shallow end of funk, complete with water wings, but maybe just with a little more effort, they’ll get their head underwater. Eric Henderson

A Place to Bury Strangers, “You Are the One.” It’s no coincidence that A Place to Bury Strangers records are overlaid with images of buildings melting or already eviscerated: The Brooklyn duo’s appetite for destruction is its calling card. With the lead single from their upcoming Worship, the band reanimates the gloomiest tingles from its last EP. “You Are the One” tethers singer-guitarist Oliver Ackermann’s dictionary of distortion to the post-punk bass chug of Dion Lunadon. Ackermann mimes an Ian Curtis incantation about losing control, grumbling about “speeding cars” and following the road “into the lake” while guitars hydroplane around him in dissonant bliss. “It felt so good inside, when you took my life,” he sings a final time before careening into a wall of fuzz and feedback. When he mumbles, “I wish I had the chance to do it all again,” he means it. M. Sean Ryan