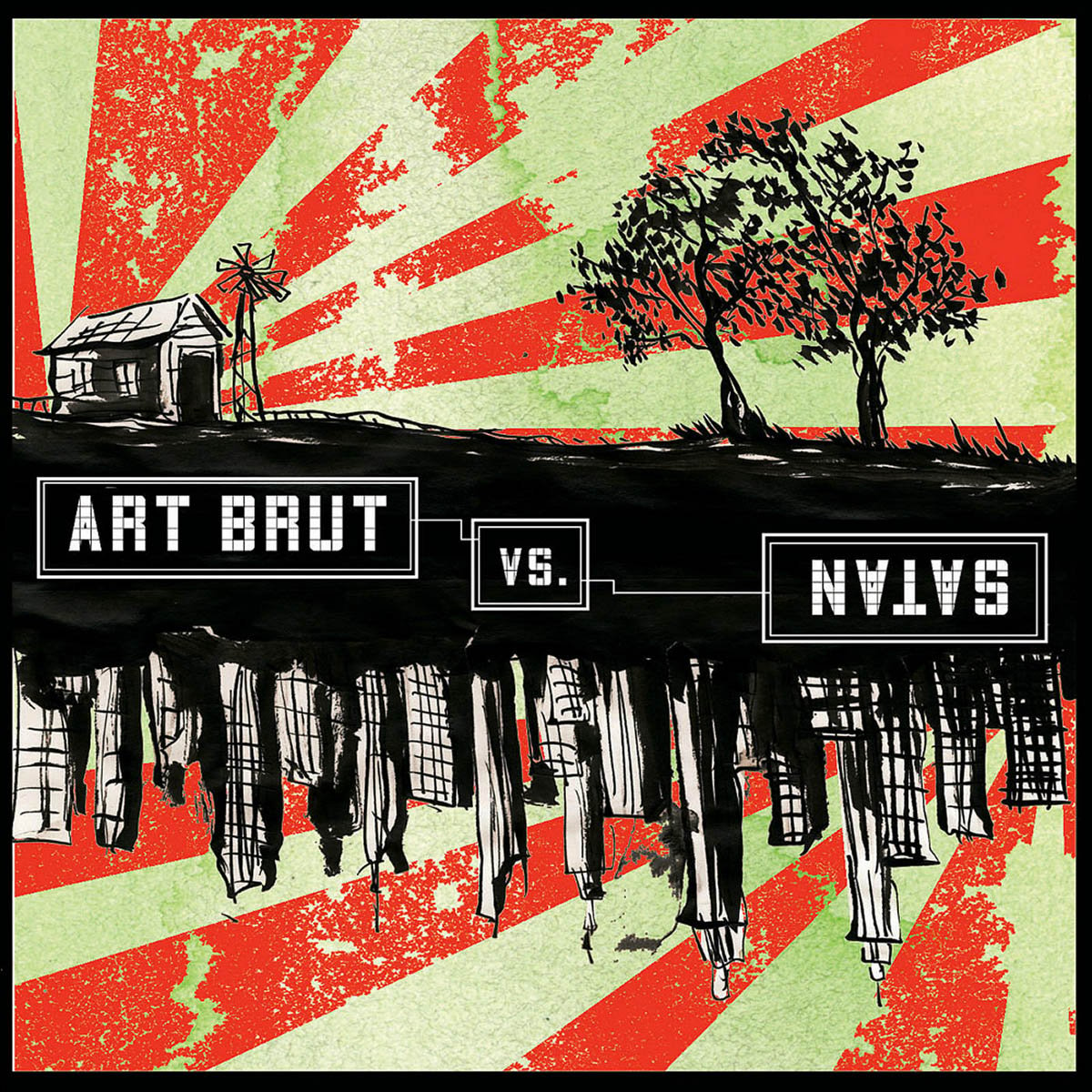 Coming off the freshly ephemeral burst of 2005’s Bang Bang Rock & Roll, Art Brut’s gimmick—which hinges on deadpan delivery of ridiculous lyrics over generally uninteresting backing music—appeared slight enough that even a second album would have seemed redundant. The fact that they pull it off for a third one warrants an examination of what it is that makes this ostensibly wafer-thin approach so repeatedly successful. The key appears to lie in frontman Eddie Argos’s unfakeable passion for his words, his total immersion in his character, and the incredulous abandon with which he takes on each subject, be it chocolate milk or public transportation. He makes the lyrics seem less like a wry joke than an effusive, joyful expression of things he’s genuinely excited about, an apparent honesty which, forgetting all else, gives the songs a workable foundation.

Art Brut vs. Satan operates in the same mode as the band’s last two albums. As always, the level of enjoyment depends on your patience for this kind of reflective, hollowly structured post-music, which examines the constructs of its genre even as it pushes forward with them at full speed. And as always, the band possesses a disarmingly louche disregard for taking anything seriously, but this facetious laxity, instead of pushing into novelty, aligns them with smart ‘80s acts like the Fall and Beat Happening, whose sense of humor and appetite for wordplay and repetitive refrains ended up serving as a distinctive calling card.

The Fall may have had a little more meat on their songs, but though Art Brut refuses to play serious, their simplicity often belies a holy-fool-level insight. Lyrics like “You like the Beatles/I like the Stones/But those are just records our parents owned” take some of the air out of the joyless pursuit of enjoying music as a competitive sport. At their best, which is frequently, the band plays the jester to the rest of the rock scene, defusing other acts’ earnestness with ridiculous, but often subversive, humor. At the risk of simplifying it, the charm of this type of music stems mostly from a mania for narrowing its focus directly to the everyday world, enlivening the mundane and deflating the heady bluster of most other music. This joke is turned inward on “Demons Out,” in which Argos depicts an egomaniacal fixation on his own success: “How can you sleep at night/When nobody likes the music we write?”

This approach further hints at the reason for Art Brut’s continued freshness and popularity, despite the unchanging simplicity of their gimmick. A side effect of inverting the self-important tropes of rock music is that, as with most satire, they serve to reinforce their importance. The refrain of “Demons,” that “the record buying public shouldn’t be voting,” acts as both a joking repartee to the band’s lack of mainstream success and an inclusive blanket for its fans. In this way, they establish a symbiotic relationship with their scene, poking holes in its dour façade while establishing listeners as members of a group that gets the references, the attitude, the ironic commentary on music’s bloated self-importance. By not taking themselves seriously, Art Brut may have found a way to shape a transient gimmick into a long-term career.