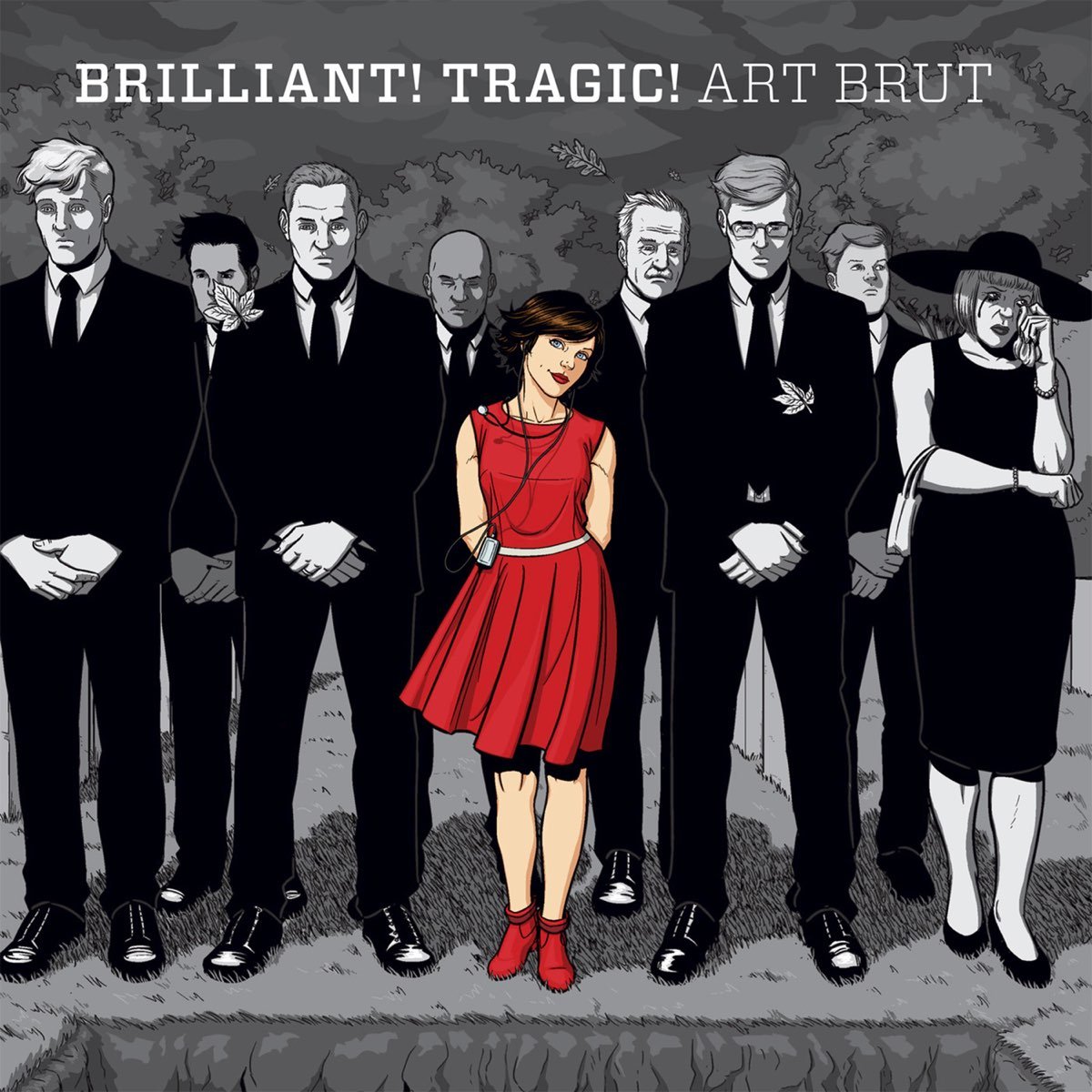 t doesn’t take any music critic long to figure out that half of what musicians say about their albums can be safely disregarded, along with 90 percent of what makes it on to their press releases. Lady Gaga drummed up excitement for Born This Way by calling it the “album of the decade,” folks in Britney Spears’s camp talked up Femme Fatale‘s “experimental” sound, and, lest you think that the tendency to mismanage expectations is unique to A-listers, Art Brut’s manic Eddie Argos told interviewers that he had learned to sing for Brilliant! Tragic! Truthfully, his deadpan verses and howled choruses are about as tuneful as they’ve ever been, but before you cry false advertisement, you should bear in mind that Argos’s vocal coach was the Pixies’ Black Francis—not exactly a classicist himself. Besides, no one’s ever come to an Art Brut album looking for chops. Or hooks. Mostly, I think, they come for the punchlines.

If that’s the case, then Brilliant! Tragic! is a perfectly adequate entry into Art Brut’s collection of surrealist post-punk tragicomedies, though it isn’t much of a departure from the preceding Art Brut vs. Satan. As always, Argos wails darkly humorous observations on life, love, and scene cred over his band’s serrated garage rock, which is mostly minimal, but perks up in places thanks to guitarist Ian Catskilkin, the man responsible for thoughtful touches like the bitchin’ guitar solo on “Lost Weekend.” Ultimately, there’s just not enough going on musically to keep one’s appraisal of Argos’s material from determining their reaction to the album: If you think he’s in good form, this is the stuff of art-punk legend, and if you don’t, you’re liable to think of Art Brut as a poor man’s Les Savy Fav.

The best of Argos’s rants connect their idiosyncratic topics (Axl Rose, the unrecognized principality of Sealand, being psychic) to feelings that are more relatable, if not quite universal. “Bad Comedian” is a bravura bit of romantic hostility, with Argos tearing into an ex for daring to fall for a new guy who’s less attractive and funny than him. “How does he make you laugh like I used to do?/He tells jokes that I can’t relate to!” he yowls, and I’m reminded of all those scenes in Annie Hall where Woody Allen heaps derision on Diane Keaton’s new flings for everything from their political views to the content of their college lit courses.

Most of Brilliant! Tragic! is far less insightful, with Argos’s smart-aleck lyrics existing primarily for his own amusement. On “Martin Kemp,” he gives a scathing review of his schoolboy crushes, but it’s unclear what, if anything, the song has to do with the titular British soap star, and on “Ice Hockey,” self-pitying lyrics about being launched into space mar what could have otherwise been a perfectly respectable Spiritualized rip. With fewer memorable songs than superior efforts like Art Brut vs. Satan or Bang Bang Rock & Roll!, Brilliant! Tragic! is neither as good nor as bad as its title suggests. In the interest of accurate advertising, I propose that the band renames the album Decent! Enough!