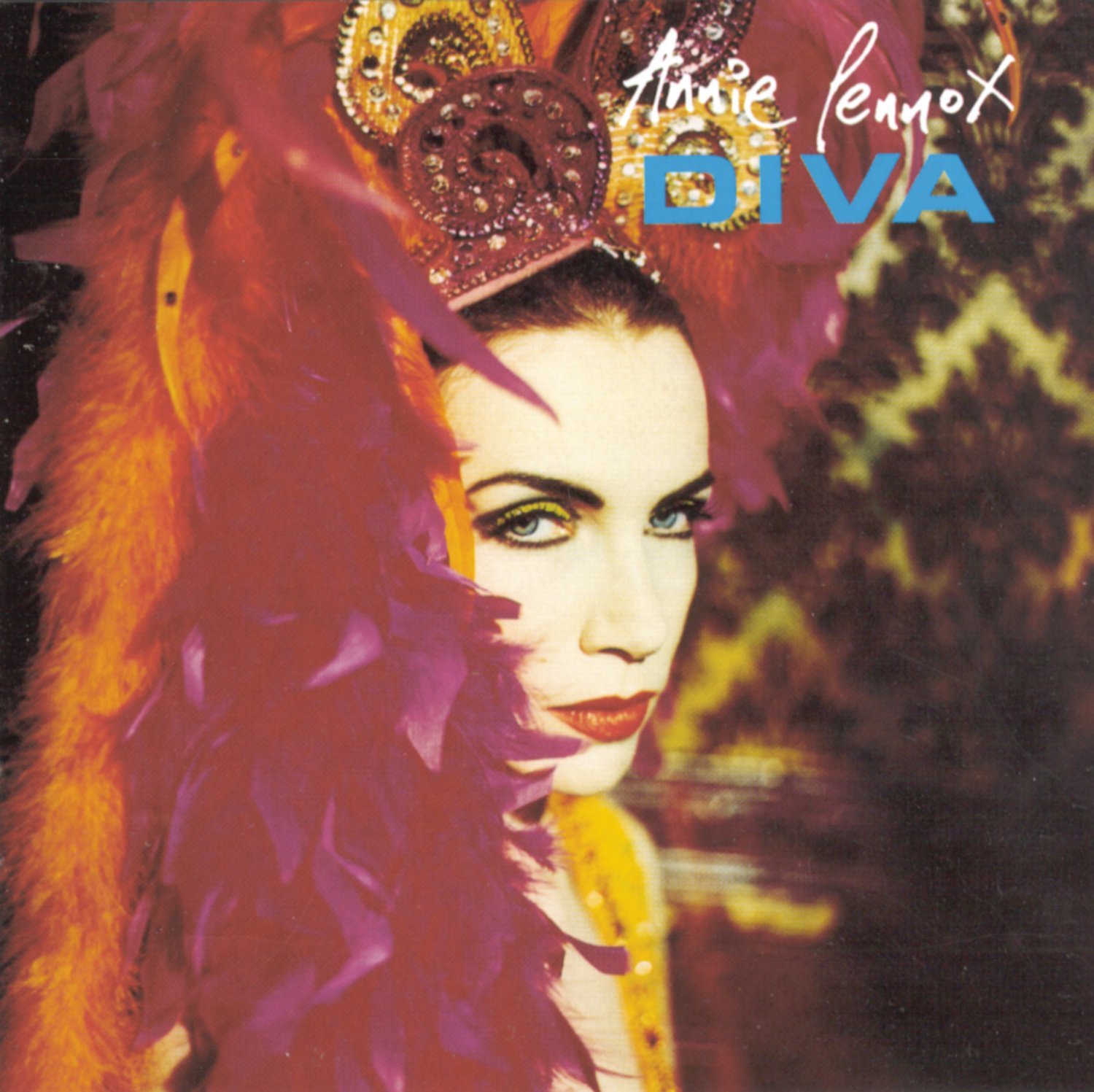 To pick apart a deceptively simple album by its musical structure, Annie Lennox’s Diva opens with the simplest of chord progressions. A major fifth is sustained throughout the riff and only the descending bassline provides the tension (turning the fifth into an aroused and introspective sixth, and then resolving with a resigned seventh). That’s it. Nothing more complicated than that until the bathetically optimistic bridge. Stephen Lipson’s icy, new wave use of synthesizers—unfettered, tubular artificiality that’s poised directly between crystalline austerity and late-night Cinemax sleaziness—does very little to murk up the composition.

The song, “Why,” is hardly the sort of melodramatic setting we’d imagine from an album whose very name evokes histrionic pretense. But Lennox isn’t and has never been a representative pop diva. Her body is lanky and angular instead of curvaceously plush. Her exaggerated facial features (capped off with a most spectacular set of cheekbones that she wisely never allowed her hair to grow long enough to cover) are matched in androgen-fabulousness only by her tremulously guttural alto.

Diva’s relative quietude is reflective of a woman in full awareness, if not complete control, of the occasional ostentation of her emotional whims. It’s musically analogous to All About Eve’s ferocious Margo Channing during those rare moments when she’s alone and contemplating the social consequences of her violent temper. It speaks exactly what she (Margo, Annie, every woman) wished she could convey, but the music underneath most of the album’s tracks is filled with the rumbling turbulence that betrays her best intentions.

Practically speaking, the music video for Diva‘s baroque dance hit “Walking on Broken Glass” harnesses this stress to a T. Dressed in Amadeus boudoir finery (not to be confused with the Vegas headdress crowning Lennox on the album’s disingenuously gaudy cover), the clip’s heroine finds her flirtations ignored until she gets her paramour alone in her chambers. He mistakenly reads her interest as sexual heat and, outraged, she casts him away, banging her fist against the wall in synchronization to the song’s rimshots. “Every one of us was made to suffer,” she reasons. “Every one of us was made to weep.” One of the most brilliant singles of the era, “Walking on Broken Glass” and its video cast a suspicious eye on the deliberate façade-maintenance of modern pop by playing up the same mixed signals that equips Diva with its power.

Elsewhere on the album, the brooding “Legend in My Living Room” seems to address the false hopes the Eurythmics singer experienced early in her career from the promises of fame, fortune, and ultimately self-definition (i.e. the notion that she would find her soul in her image). And the lyrics to “Primitive”—“Wipe your tears and let the salt stains dry”—almost seem to address Lennox’s performance in Amos Gitai’s Birth of the Golem, in which she personified the creature born of clay (another role played, another legend in her screening room).

Ultimately, the album (well, the CD version of it, anyway) lands on its soft shoes with an incongruous cover of the 1930s MGM showtune “Keep Young and Beautiful,” which ends the introspection on a note of carefree self-parody. As befitting any diva, Lennox isn’t above a little bit of self-deprecation, but Diva glides with a rich, feminine dignity that stands tall in pop history.