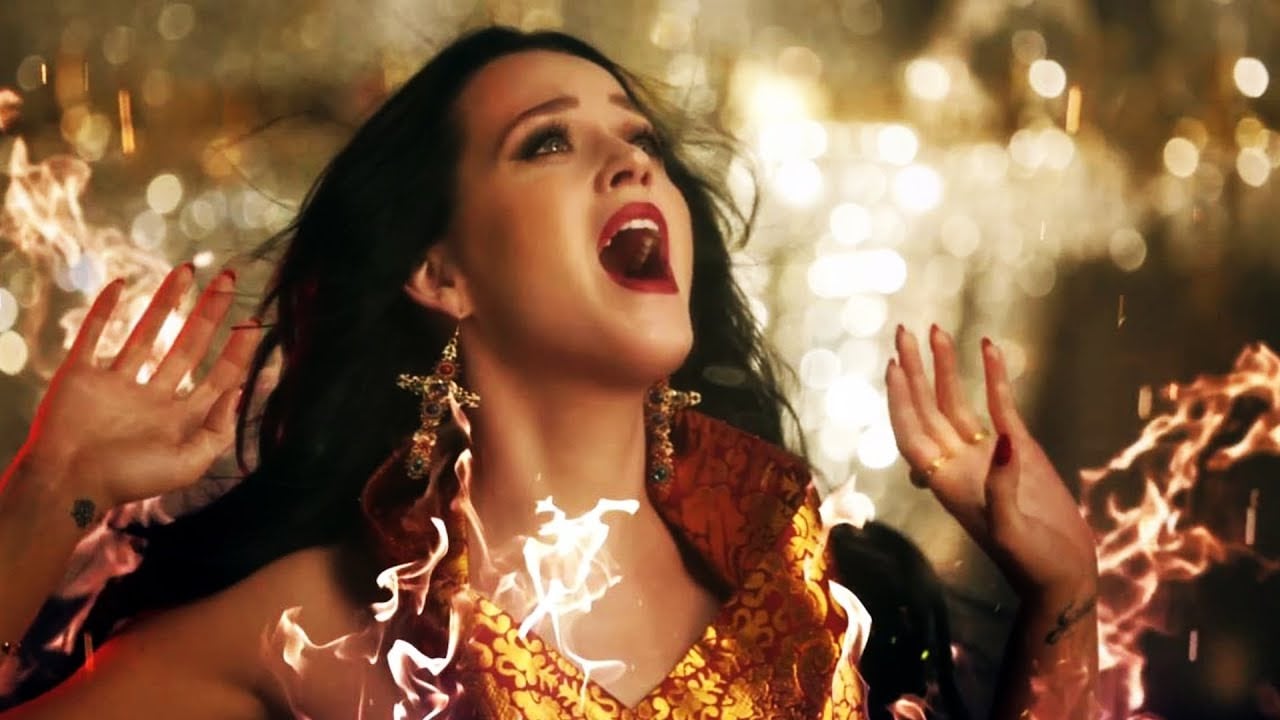 Directed by Aya Tanimura, the understated lyric video for Katy Perry’s “Unconditionally,” the second single from the singer’s fourth album, Prism, is an evocative black-and-white effort that features actress Janell Shirtcliff professing her unconditional love for androgyne Erika Linder. But, perhaps inspired by playing dress-up for the ad campaign for her latest fragrance, “Killer Queen,” Perry clearly had something grander and more mainstream in mind for the track’s official music video, which, in a move that’s almost as retro as the corsets she sports in the clip, she premiered on MTV tonight. Inspired by the 1988 film Dangerous Liaisons and Anna Karenina, the video is ironically free of much in the way of a narrative or coherent period detail. Instead it’s composed of a hodgepodge of imagery—including a flying owl, a burning bed, and some blink-and-you’ll-miss-it homoeroticism—intended to, according to Perry, evoke the “power of love and beauty.” The video was directed by Brent Bonacorso, whose previous credits include Elton John’s recent “Home Again” and lots of slick car commercials—which may explain the inclusion of a Gatsby-esque slow-mo sequence in which Perry ostensibly meets her end.

Music video vet Sophie Muller’s clip for Annie Lennox’s 1992 hit “Walking on Broken Glass” was similarly inspired, in part, by Stephen Frears’s adaptation of Dangerous Liaisons, and starred John Malkovich (who also appeared in the movie) and a youngish Hugh Laurie. Watch it below: