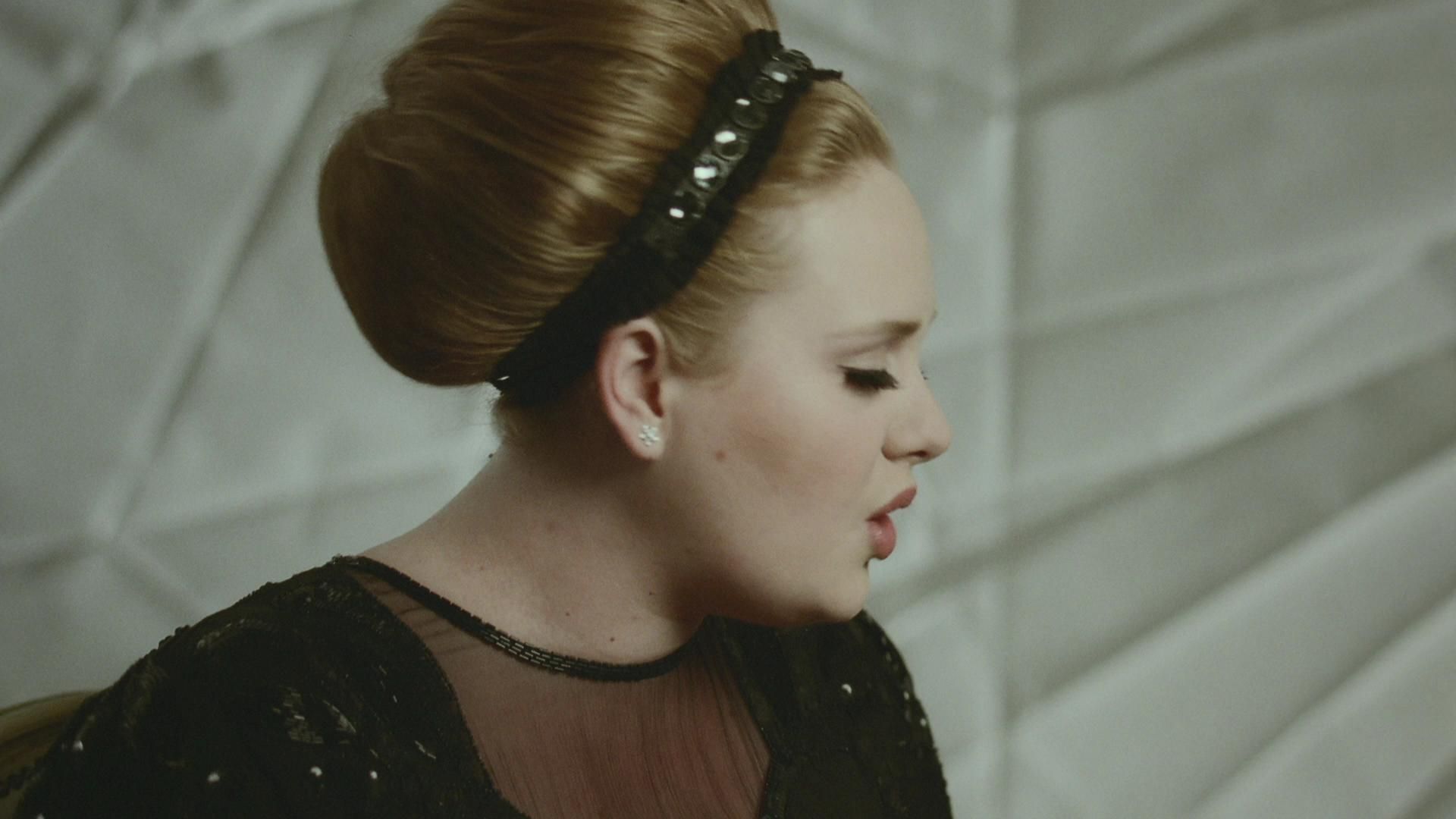 Eric Henderson: As someone who nearly earned myself a toaster oven in a karoke contest busting hip rolls to “Teenage Dream,” I can’t fully sign off on your malcontent, but that song still represents the sole time Perry’s formula struck on something winsome and enduring. “Firework,” in contrast, is as arch and addicted to whip-its as anything else in her catalogue, and ergo hypocritical because of it. That still places it one notch above the smarmy nothingness that is “Grenade” though.

ALBUM OF THE YEAR

SC: This category has seen worse lineups (kudos for the exclusion of what I thought were shoo-ins: Taylor Swift and Tony Bennett), but Rihanna’s inclusion points to a move toward populism and consumerism rather than credibilty. Hell, even though I think Gaga’s spot is well-deserved, we all know why it’s actually there.
JK: This kind of WTFuckery is one of the reasons I can’t ever turn away from the Grammys’ annual trainwreck. They finally become aware of the rockist vs. popist schism from, what, six or seven years ago, and then they still get it completely, spectacularly backward: Only the Grammys would say, “You kids talk among yourselves, and we’ll just go ahead and endorse Bon Iver as a singles artist and Rihanna as an album artist, okay?” To that end, I kind of hope Rihanna does win, but if Adele can even get nominated for an NAACP Image Award, there’s no reason she can’t win here.
EH: Co-sign. I can’t for the life of me understand why they seem incapable of nominating three simple minutes of infectious, beat-driven fun in the category that’s meant to honor that very accomplishment (well, I guess Katy Perry did manage a nod in Record of the Year, but that’s a different sort of “infectious”), and yet seem to be making a conscious effort here to say that albums, at their best, function as singles-generating machines. I’m not being facetious when I say “S&M” has more business being a nominee in the other category than Loud has being one here. But, more to the point, Nicki Minaj has more right being in both.

SONG OF THE YEAR
“All of the Lights,” Kanye West featuring Rihanna, Kid Cudi, and Fergie
“The Cave,” Mumford & Sons
“Grenade,” Bruno Mars
“Holocene,” Bon Iver
“Rolling in the Deep,” Adele (WILL WIN)

JK: I feel like Kanye has a shot at this as some sort of consolation for not getting nominated for Album of the Year, because NARAS always loves a good make-up win. It’s the only song that could conceivably upset “Rolling in the Deep.”
EH: Might’ve helped if they’d nominated him for one of the two he did with Bon Iver, to be honest.
SC: The fact that four out five of the nominees in this category are also nominated for Record of the Year makes picking the winner even easier. It also makes the distinction between these two eternally fraternal categories more confusing than ever.

JK: J. Cole is the only one of the nominees I can’t see winning. Nicki Minaj has the commercial stats and the girl parts historically necessary to win here, but Skrillex and his North Korean dictator’s haircut actually have the most total nominations among this lot. The Band Perry also has the broad, country-but-only-nominally-country appeal that helped Carrie Underwood and Zac Brown Band win this category recently, while Bon Iver has those other two general field nominations to consider. If Minaj does win, I just hope we’re spared one of her BFF Taylor Swift’s trademark disingenuous reaction shots.
EH: Every time Taylor does that, I say a little prayer that a thread of drool tumbles out. It never happens, and probably never will until the moment she’s actually caught off guard by a win. I’m pretty sure a lot voters regard dubstep as ringtones that won’t stop after 30 seconds. And though the Grammys put the Best Country Album nominees among the tracks on their yearly CD aimed at people who only buy one CD a year, I think Bon Iver is a much more formidable contender against the Minajonaut than the Band Perry.
SC: Despite the fact that Bon Iver won’t be performing at the ceremony, I still think they’ve got they best shot at upsetting Minaj. I might even give them the edge based on voters’ recent history in this category.

SC: The cynic in me thinks Tony Bennett will take this one in honor of Amy Winehouse’s unfulfilled potential, but the über-cynic in me is pretty sure “Moves Like Jagger” will win in honor of Christina Aguilera’s unfulfilled potential.
JK: Even if NARAS is eager to congratulate themselves for giving Best New Artist to two acts who managed to sustain high-profile careers, the Bennett and Winehouse duet—which not even Wino could save from being dull—lets them recognize both a former BNA winner and one of their favorite veterans. It’s a role-reversal from the “Here We Go Again” wins from a couple of years back in that the beloved vet won’t be the party who wins posthumously, but that’s the only real difference here.
EH: Hard to know exactly yet how this category will shake out, with collaborations and groups now sharing space, but the chance to award postumously and preumously seems like a sure shot to me. Watch Coldplay win.

SC: I couldn’t get anyone on the Slant staff to review Duets II, so Bennett and friends FTW. On a side note, am I the only one who thinks of bug chasers when I see the title of Susan Boyle’s album? I am? Never mind then.
JK: Well, I was going to get all indignant here about how I reviewed both the SuBo and the Seth MacFarlane albums, but then I noticed that it’s actually Boyle’s Christmas (or bug-chasing) album nominated instead of Someone to Watch Over Me, because why the hell wouldn’t it be? Bennett will win, but I would love to see how much more condescending and obtuse the comment thread on that MacFarlane review could get if he were to pull off an upset.

SC: I’d say that Robyn winning for “Call Your Girlfriend” would be consolation for losing to Rihanna last year, except she’s once again genuinely worthy of the prize. And there isn’t a major crossover hit or competing dance-pop diva for her to contend with this time around.
JK: Are we sure that NARAS voters won’t see “Barbra Streisand” on the ballot and just vote for that as a reflex? Because doesn’t that seem like something they would actually do?
EH: By that line of reasoning, expect Deadmau5’s duet with Greta Garbo and Johann Sebastian Bach to net surprisingly deep pockets of support. Unless the same cataract-ridden set also thinks Barbra Streisand is covering “Disco Duck.” Then again, they might mistake Skrillex’s name for one of their prescriptions and fill in the box. These are all more likely scenarios than presuming voters will have actually danced to any of these songs.

EH: Kudos to Grammy for awarding what is easily the laziest, least dignified track on Blue Ivy’s mom’s otherwise incredibly Grammy-friendly grown folks’ R&B album with the record’s only nomination, in a category whose title still makes it sound about as prestigious as “Best Font Choice” or “Most Beats Per Minute.” “What’s My Name?” might be Kanye and company’s biggest threat.
JK: I love that the Grammys still haven’t figured out how to refer to a guest verse. “All of the Lights” probably has this, but I’m always hesitant to bet against Beysus, even if she’s thoroughly shown up by her former Destiny’s step-child Kelly Rowland here.
SC: A vote for Kanye, Rihanna, Kid Cudi, and Fergie is also technically a vote for John Legend, The-Dream, Ryan Leslie, Tony Williams, Charlie Wilson, Elly Jackson, Alicia Keys, and Elton John, and I don’t think the academy will be able to resist patting that many minorities artists on the back at one time.

JK: If there’s a vote-split between the two Kanye albums, that could benefit Minaj, but I don’t think Watch the Throne will siphon off enough of the votes to keep Fantasy from winning.
EH: No contest.
SC: Yeah, I admit to having a little bit of a fetish for watching Kanye West lose awards, but he’s got this one tied up, especially given that, prior to middle America’s discovery of Adele, I thought he was a sure bet not just for another Album of the Year nomination, but finally a win. And a deserved one.

SC: I’m curious to know what the selection process is for this category when the creepy-cool but seemingly arbitrarily chosen “First of the Year” and the just plain creepy “Perform This Way” earn slots over clips like Is Tropical’s “The Greeks” and Lady Gaga’s “Born This Way.” Even if Adele sweeps everything else this year, I’d feel satisified if she lost this one to OK Go’s exhilaratingly original and interactive “All Is Not Lost.”
EH: I’d feel satisfied if the nomination for “Lotus Flower” was, in actuality, a nomination for this, this, this, this, this, this, this, this, and this.
JK: It would be swell if OK Go’s concept-driven videos actually made their singles more visible, but there’s no faulting a video like “All Is Not Lost” on its own merits. But this isn’t like Oscar’s foreign-film branch, where voters actually have to prove they’ve seen everything nominated before they can cast their ballots, and, regardless of quality of the other four videos, Adele’s clip for “Rolling in the Deep” has just been too widely seen and liked to lose here.

The 54th Annual Grammy Awards air on Sunday, February 12th on CBS. Take a shot every time we get one of our picks wrong. Seriously. Try it. You’ll thank us.