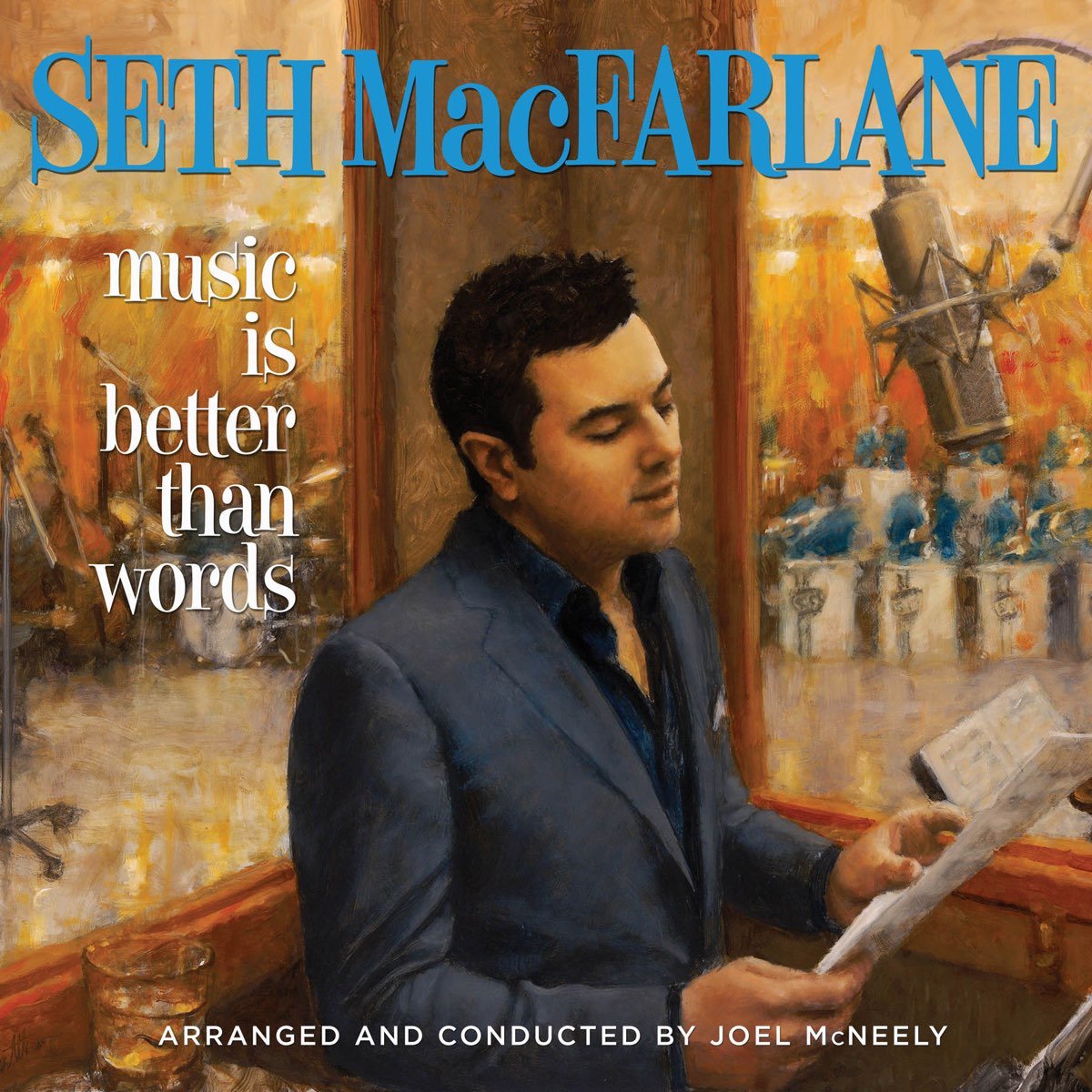 Whether he’s having Stewie Griffin share the stage with Frank Sinatra Jr. or a hard-up Brian Griffin serenade his best friend’s wife, Family Guy creator Seth MacFarlane frequently punctuates his show with musical interludes and full-on production numbers. It’s one of the most self-indulgent tendencies on a series that’s defined by its self-indulgence, but there’s also an underlying sincerity to the usually wiseass MacFarlane’s fondness for the classic-pop stylings of the Rat Pack. That affinity for pop standards comes to a head on Music Is Better Than Words, MacFarlane’s dead-serious big-band album.

MacFarlane has built a lucrative career on gleefully peddling rape jokes, below-the-belt jabs at celebrities, and homicidal toddlers in primetime, so it’s something of a surprise that his album sounds, above all else, classy. Collaborating with Joel McNeely on arrangements, MacFarlane casts Music Is Better Than Words as a tribute to the big-band swing and sterling pop of the Rat Pack, but he wisely avoids choosing songs that were recorded by his musical idols. There’s a timelessness to the melodies of James Van Heusen’s “It’s Anybody’s Spring” and Rodgers and Hammerstein’s “Something Good,” and McNeely’s tasteful horn and string arrangements are flawless recreations of the sounds of Sinatra’s mid-century records.

To that end, the album is effective both as a reserved mood piece and as a tribute to a recording style that went out of vogue more than a half century ago. But the limitation of pop standards is that they don’t lend themselves to a greater point of view or thematic statement, so the album has nothing to offer beyond MacFarlane’s attempts to preserve and honor this particular style of music. MacFarlane has a handsome baritone, and he sings Rodgers and Hart’s “It’s Easy to Remember” and Hoagy Carmichael’s “Two Sleepy People” (a duet with Norah Jones) without any trace of the smug, ironic remove that characterizes his voiceover work on his various animated shows.

Beyond that, Music Is Better Than Words doesn’t have any greater purpose than to allow MacFarlane the opportunity to indulge in his desire to record an album of standards. In other words, it’s a novelty record. Sincerity marks a refreshing change of pace for MacFarlane, but it never transcends the gimmick of hearing the guy who created Family Guy sing like the Rat Pack.