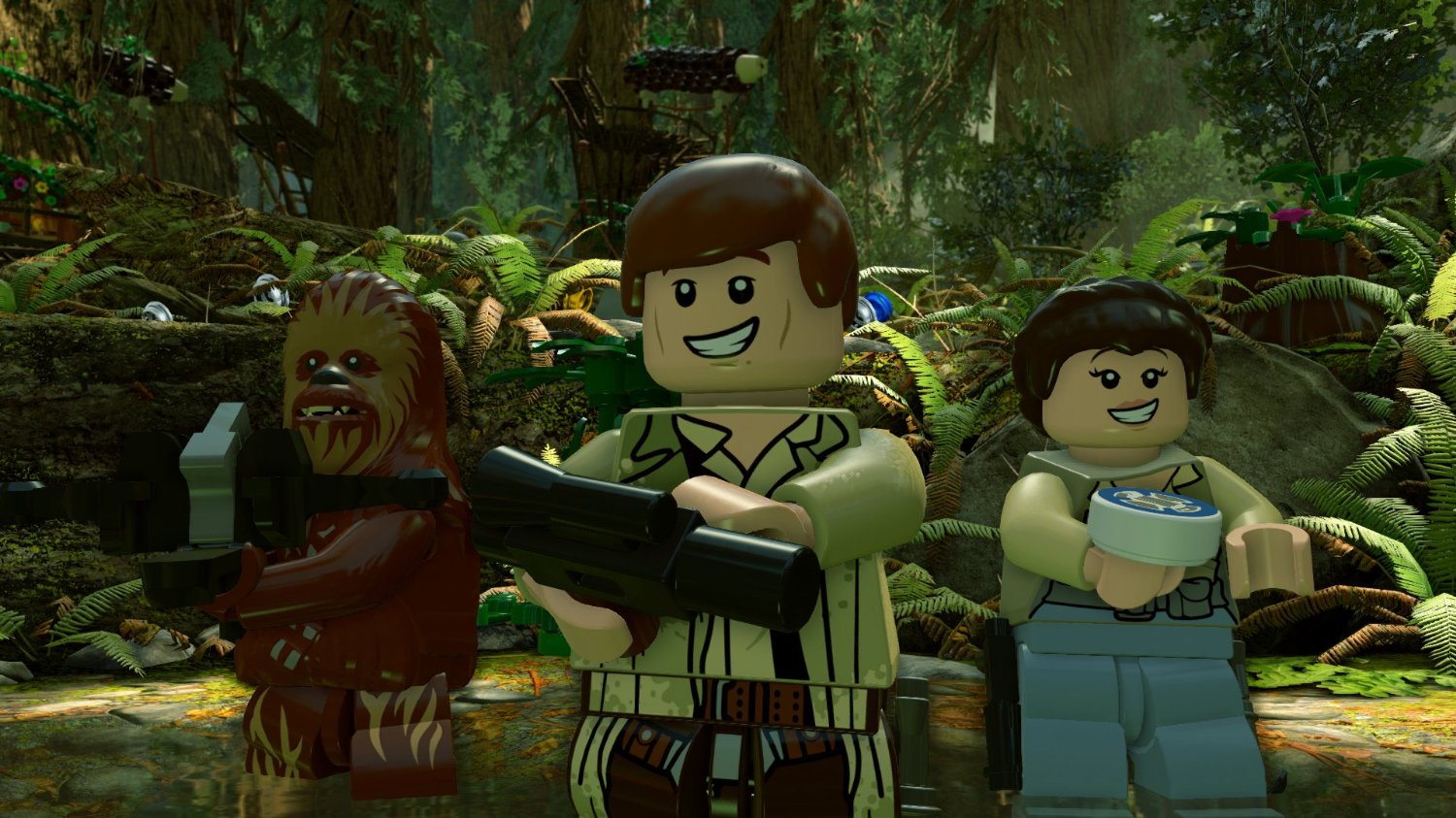 Two thousand five, the year that Star Wars, for all intents and purposes, closed the prequel loop with Star Wars: Episode III – Revenge of the Sith, was the same year that Lego Star Wars, and in essence the entire Lego video-game idea, began. It’s fitting, then, that both the film and video-game franchises find themselves hitting new touchstones again with The Force Awakens. Both the game and film represent a welcome regression back to the fundamentals that made audiences love Star Wars to begin with. Lego Star Wars: The Force Awakens is a refinement and distillation, rather than any sort of meaningful advancement, of George Lucas’s mythology.

Lego Force Awakens doesn’t attempt to rejigger the same, effective formula for a licensed Lego video game, opting instead to take a few baby-sized, though important, steps forward in terms of what that formula is capable of. Here you embody cutesy, Lego versions of characters from J.J. Abrams’s The Force Awakens through expanded iterations of all the film’s biggest scenes from start to finish. Almost every object in the environment can be broken for collectible Lego bits and studs; many of them must be reassembled into new forms in order to complete the game’s myriad puzzles. Fights against enemies are still button-mashing tests of patience, not skill. A few minor twists on the established norm for Lego video games do occur in that you’re now given options on how to reassemble specific piles of Lego bits and when, but it doesn’t change the basic flow of gameplay to any serious degree.

What Lego Force Awakens adds to the formula is a few drops of proper modern gameplay mechanics. Cover-based shootouts are now a regular occurrence, allowing players to duck behind a chest-high wall, and pop out to sneak a few blaster shots at a stormtrooper or their equipment. There’s not a whole lot of skill involved in these sequences, since the stormtroopers’ aim is still as reliably terrible as ever, but the frantic nature of these shootouts, with all sorts of new mayhem to cause in every shootout, does inject a nice little shot of adrenaline into otherwise repetitive stages.

The same can be said for the new X-Wing/Tie Fighter segments. The original Lego Star Wars titles basically treated the dogfights as weird little top-down-perspective vehicle diversions, with maybe three or four things to shoot down in any areas. Lego Force Awakens, on the other hand, gives us wide-open spaces to fly around in, and a full arsenal of maneuvers and torpedoes to mess with, complete with fully voiced, often very funny, squad chatter. What these lack in difficulty, they make up for in sheer fun. It’s not quite Rogue Squadron, in complexity or difficulty, but there’s an argument to be made for WiiU owners in particular being better served playing this for their family-friendly space-battle fix over the most recent, unimpressive Star Fox title.

The chatter is the one other thing separating Lego Force Awakens from its spiritual forebears, with not just three or four token actors reprising their roles from the film, but virtually the entirety of the main cast coming back to throw in some new dialogue here and there. The voice cast MVP of virtually all the Lego video games continues to be Chris Pratt, but it’s unexpectedly joyous to hear Harrison Ford delivering what may be his last true performance as Han Solo, and giving it the same level of verve and grizzled energy he brought to The Force Awakens in live action. Carrie Fisher is right behind him in that regard, delivering instructions and veiled threats to incompetent Resistance subordinates with a perfect deadpan. Another special mention must be made of a so-very-game Gwendoline Christie relishing the opportunity to devour more scenery than she got to do in the film as Captain Phasma.

But this is another area where the game doesn’t go far enough. The Force Awakens had a huge, diverse cast of personalities, with palpable chemistry on screen. The actors deserved the chance to cut far looser than they’ve been allowed to here. Whenever they’re uttering new lines throughout this game, John Boyega, Daisy Ridley, and Oscar Isaac mostly deliver instructions and exposition to the player, rather than play off some of the wacky hijinks going on all around them. The same cast who basically made the entirety of the Internet fall in love with them last year is all-business here.

In the end, though, what Lego Force Awakens could have done doesn’t negate what it actually delivers. The game is still a lot of fun, and brimming with content, not even a quarter of which players will end up touching if they stick to the main story and nothing else. The fact that Traveler’s Tales has only advanced the Lego Star Wars formula in incremental amounts since 2005 doesn’t mean that the formula has stopped working.

Review: Song of the Deep