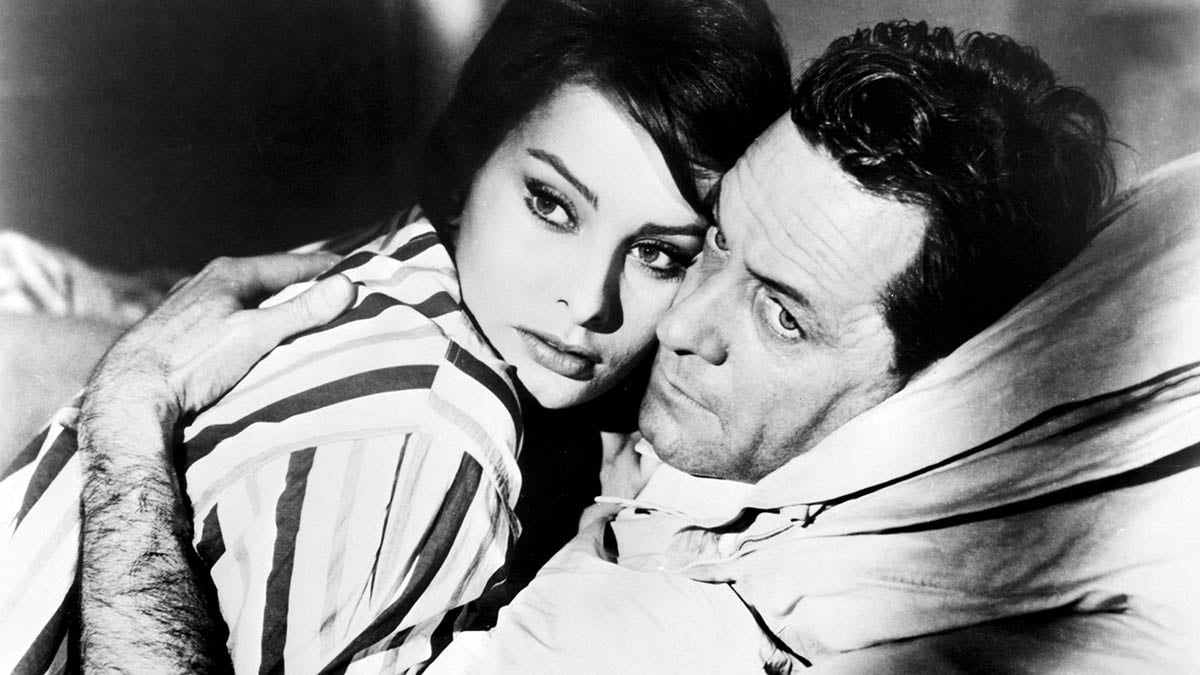 When Film Forum recently announced an upcoming David Lean retrospective, I had two reactions: excitement, but also puzzlement that I’ve seen more Carol Reed films in rep since I arrived in New York four years ago than any Lean films. Both Reed and Lean are terminally unfashionable figures, stodgy British masters (or hacks, depending on where you stand). And yet most people (besides Ray Carney) can admit an admiration for Lawrence Of Arabia; in fact The Criterion Collection has put out four Lean titles. So why is it that Reed is the one who gets shown the most in New York? Print availability issues, I suppose, but since 2004, in addition to Rialto’s deservedly successful The Fallen Idol re-issue, Film Forum’s also shown the mostly mediocre Our Man In Havana, and I think I missed a Night Train To Munich screening at some point as well. At this point, for whatever reason, I’m getting closer to a fuller understanding of Reed’s work than Lean’s. (Hurry September.)

1958’s The Key is at least historically notable: blacklisted writer Carl Foreman’s return to creditable status (he was uncredited, ironically, on Lean’s The Bridge On The River Kwai the previous year). It’s also got one of Sophia Loren’s more dramatic entrances: “How did you get a place like this?” marvels Capt. David Ross (William Holden) at British counterpart Chris Ford’s (Trevor Howard) apartment. “That’s not all I’ve got,” leers Ford; enter Sophia. All the more poignant, given that The Key is one of those movies that positively revels in wartime British privation: sense the cackle behind a hotel proprietor’s announcement, “You get a towel all to yourself!” Given the late date, it’s a missing link between proudly stiff-upper-lip British post-war movies (which treat all the squalor as the state of things, or even something to take perverse pride in) and the Angry Young Man movies (which rail against the shitty industrial spaces). Holden doesn’t notice: he’s a wartime man, used to the worst of the worst.

Wartime isn’t just an excuse for functional architecture: in Foreman’s formulation (which gets increasingly messy) it’s sexual lib. Loren comes with the flat, and every man who stays there passes on the key to a trusted friend; when they die, inevitably, the next man inherits the girl and the flat. Are the deaths causal bad luck from flaunting conventional morality? Staying in the flat means having more than one towel, for starters, and it’s hilariously, stereotypically British to chide a man for wanting that kind of decadent luxury. Foreman’s screenplay falls apart because the question of sexual lib (startlingly frank for a big 1958 production, even if Loren is punished for her amazing figure by being forced to wear the most shapeless bathrobes possible for virtually the entire running time) becomes a conduit for big, unwieldy themes: Free will! The meaning of life! Superstition vs. rationalism! Holden and Loren generate surprisingly little heat, and the scenes on land are a chore.

On sea, it’s awesome. It’s tempting to make fun of the early dockyard sequences: canted angles for all! (Cf. every damn Reed film I’ve seen.) But the docks are so detailed (and surveyed in such sweeping crane shots) that they can favorably stand comparison with Leone’s Western towns. The naval battles are even better: when a line connecting the tug-boat ships to the sinking ones goes tight, you can see the sudden white fall-out in the water and hear a thud that feels absolutely authentic. I’ve never thought of Reed as a master of spectacle, but, at its best, that’s what The Key offers.