Today, Searchlight Pictures debuted the trailer for The French Dispatch, Wes Anderson’s first feature since 2018’s Isle of Dogs and first live-action film since 2014’s The Grand Budapest Hotel. According to its official description, The French Dispatch “brings to life a collection of stories from the final issue of an American magazine published in a fictional 20th-century French city.” The city is Ennui-sur-Blasé and the magazine is run by Arthur Howitzer Jr. (Bill Murray), an American journalist based in France. The trailer, just a hair over two minutes, quickly establishes the workaday (and detail-rich) world of a magazine, a travelogue struggling with just how much politics to bring to its pages during a time of strife.

Searchlight Pictures will release The French Dispatch on July 24. 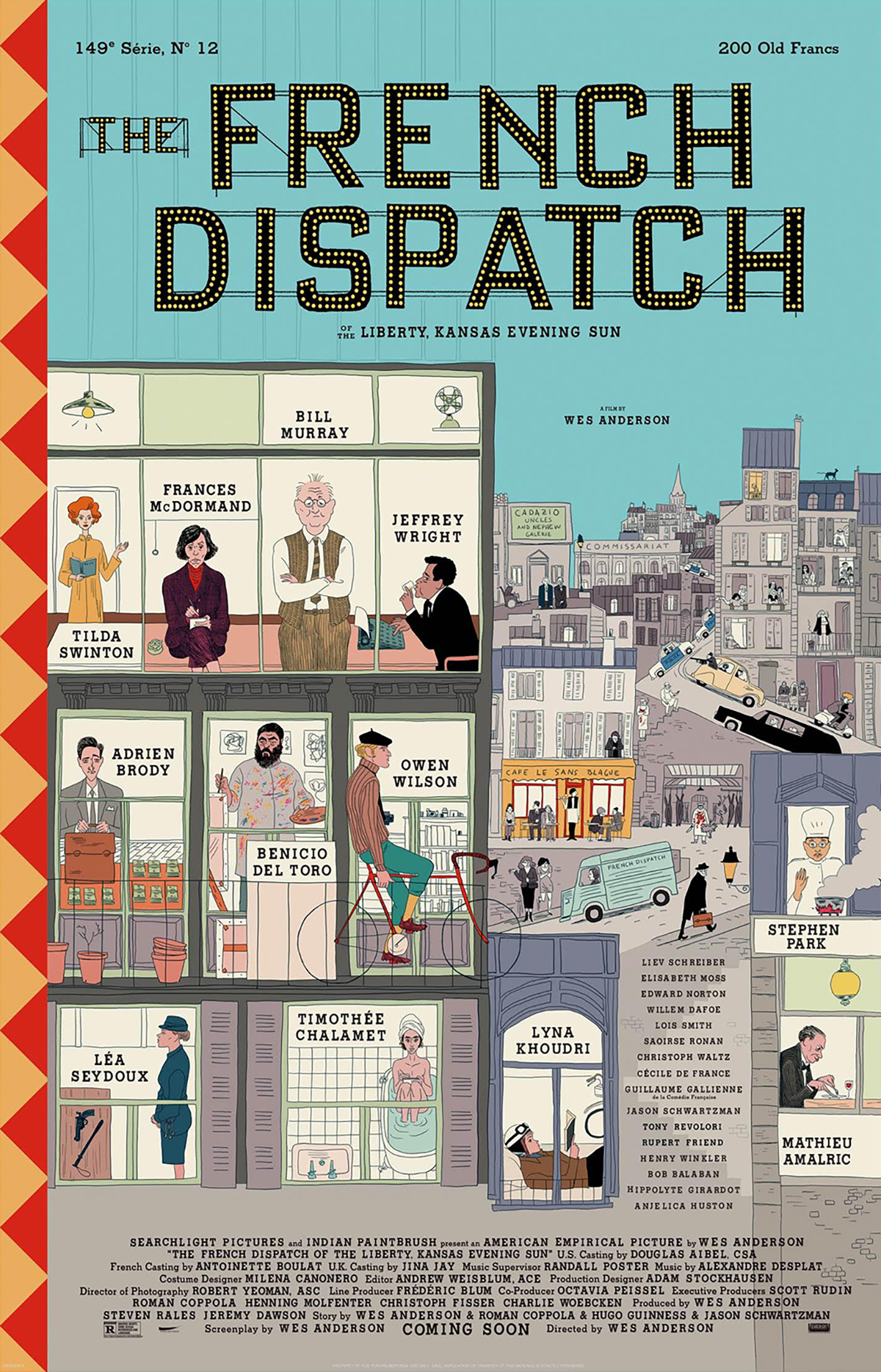 Review: Sonic the Hedgehog Doesn’t Rock, Even After a New Paintjob

Review: Downhill Is a Watered-Down Imitation of a True Provocation